There was never going to be a problem deciding which of Hocken’s amazing collections to use when it came to my turn for ‘Stirring up the stacks’ – it had to be Ephemera hands down! But the major dilemma was choosing from the hundreds of advertising flyers and leaflets in the collection featuring recipes.

I finally settled on a little recipe leaflet, dating to ca.1960s, promoting Bycroft cracker biscuits as “Party starters” that “set parties off with a bang!” In 1961 Bycroft merged with Aulsebrooks to become A.B. Consolidated Holdings Ltd manufacturing both biscuits and confectionery. Their product lines included Huntley Palmer biscuits, Mackintosh toffees and Oddfellows. Unfortunately big losses in the confectionery market led to the closure of their Dunedin factory in Maclaggan Street in 1976. In 1977, while the parent company continued to be A.B. Consolidated Holdings Ltd, their trading name changed to Aulsebrooks, and in 1978, a private Nelson based company, Moana Estates, made a successful partial takeover of the company.

My next big decision was which of the eighteen toppings and dips featured in the leaflet to make and test on Hocken staff, who include vegetarians, vegans and those with food intolerances. Eventually I concluded five spreads and one dip was the best way to ensure that there was at least something for everyone.

I decided against the Worcester spread and Gherkin scramble as being too last minute to make and the idea of flavoured scrambled egg was off-putting! The current exorbitant price of avocados made the Avocado dip off limits – I wonder how easy these were to find back in 1960s New Zealand? The liver paste, needed for the Liver and bacon spread, was unobtainable in 2019 and the Creamy cheese spread seemed too safe an option. So I settled on Minty spread; Ham and pineapple spread; Peel spread; Savoury egg spread; Crunchy spread; and Mushroom dip.

Some of the recipes specify which Bycroft cracker should be served with each dip – there were six pictured on the leaflet; but I selected a fairly similar range from today’s options at the supermarket, including rice crackers for the gluten intolerant and a new cracker chip that I thought would make a good dipper.

All the recipes were easy to make, although I had to make two servings of the Savoury egg spread to provide a similar amount to the others. Apart from the crunchy spread and finishing the Mushroom dip, all were assembled the night before which required one departure from the recipe – I was concerned the mint in the Minty spread might turn brown overnight so added a small squeeze of lemon juice.

Thanks to a previous Hocken staff member, Val Parata, I had a great set of authentic brown ramekins to serve the spreads in, and an old Christmas gift set of bread-themed spreaders seemed a fitting final touch. 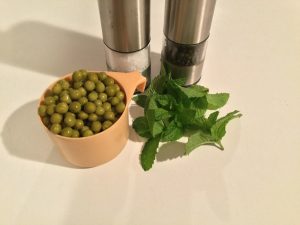 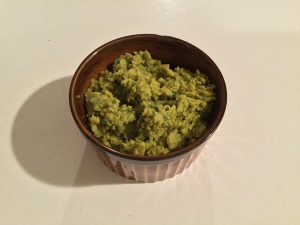 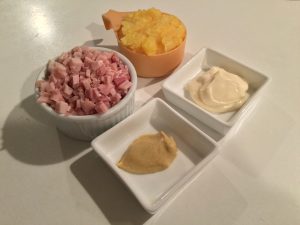 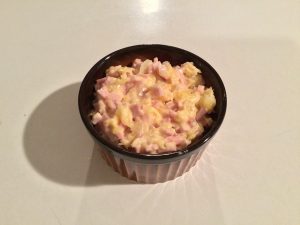 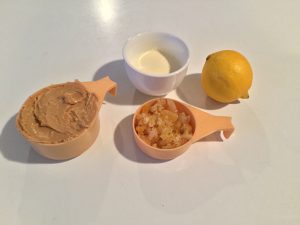 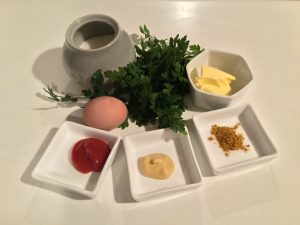 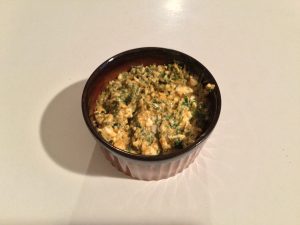 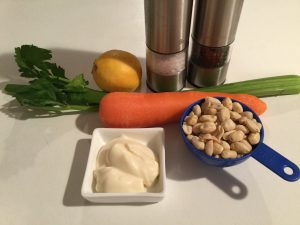 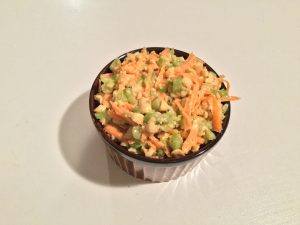 Soak soup overnight in ginger ale. Next day add cream. Blend thoroughly and leave in refrigerator for at least 3 hours before serving. 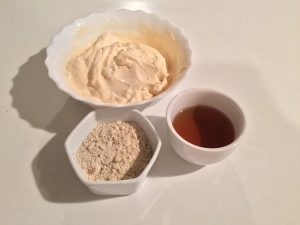 Hocken staff were excited by the final array presented at morning tea time and eagerly tucked in. They were asked for feedback on their most and least favourite spreads, and overall the reaction was positive but, as can been seen in the photographs, “The most delicious spreads weren’t the most visually appealing though haha!” 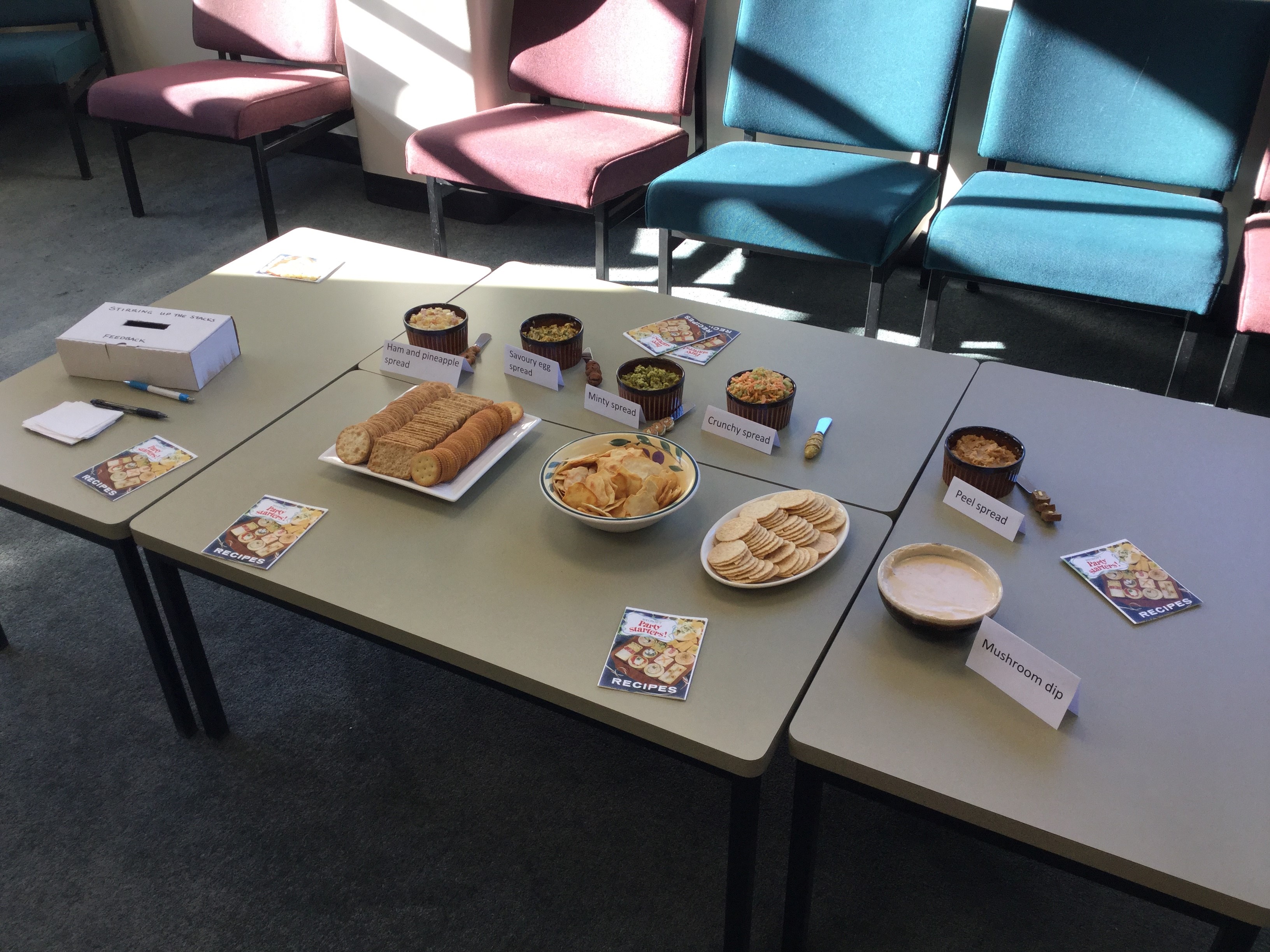 Minty spread proved the most popular with seven votes and was described by one staff member as “unexpectedly good and refreshing”, but another rated it their least favourite saying “cold cooked peas reminded me of being made to finish my dinner as a child. It took so long the peas went cold.”

Savoury egg spread was the next most popular with a nostalgic taste that took one “back to Nana’s house”. Mushroom dip and Peel spread were third equal favourites: “LOVE the mushroom dip. Definitely making it at home to impress my vego friends, as nice alternative to onion dip”; “Peel – my favourite, interesting flavour combo that worked – mostly nuttiness coming through”.

Crunchy spread and Ham and pineapple spread were the least favourite overall, the latter for one staff member being “better than expected as I avoid Hawaiian pizza” but Chloe declared “Ham and pineapple for life!”

My own personal favourite was the mushroom dip: I was wary of the overnight ginger ale soaking of the mushroom soup mix but it was not noticeable in the eventual tasty product. But I think the Minty spread has star potential if the tinned peas were exchanged with fresher tasting frozen peas and some mashed feta was added for a delicious 2019 update.

Stirring up the stacks #3 was a fun trip back to the recent past that proved nostalgic (in a good way) for many Hocken staff, and the recipes were, as promised by the Bycroft leaflet, “Easy, economical, imaginative ways and means of getting the gathering going.”

This entry was posted in Ephemera and posters, Food and drink, Popular culture and tagged Stirring up the Stacks by Hocken Collections. Bookmark the permalink.

2 thoughts on “Stirring up the stacks #3: Bycroft Party starters”