We are getting ready for Māori New Year with a little foyer display celebrating Matariki. Down south we also celebrate Puaka (known as Puanga up north). 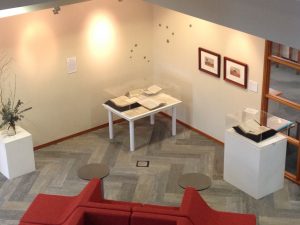 Matariki rising in the broad heavens

Nourish those below with the first fruits.

For Māori, naturally occurring events were traditionally used as markers to indicate the end of one season and the beginning of the next. These markers included migration patterns of birds and fish, the flowering of plants and the movements of stars across the sky. Matariki is a star cluster that disappears below the horizon in April and whose reappearance in the pre-dawn sky around late May – early June marks the beginning of a new phase of life. In recent years, there has been increasing focus across Aotearoa on Māori New Year, usually celebrated in June and commonly referred to as Matariki.

Māori names for the star cluster are Matariki, Tupua-nuku, Tupua-rangi, Ururangi, Waipuna-ā-rangi, Waitī and Waitā. With revitalisation of Māori astronomy, recent research on Matariki suggests the cluster includes two more stars: Pohutakawa and Hiwa-i-te-rangi. Some iwi celebrate a different cluster of stars called Puanga or Puaka. Mōriori considered Puaka as the three poles that held up a whata (food storage platform). Different iwi have their own traditions and some of these have been recorded in accounts collected by Beattie and Shortland, in letters and in the Māori-language newspapers, providing insight into how Māori viewed Matariki, Puaka, and the significance of this time for agriculture. Te Wehi’s letter to the Editor of Te Waka o Niu Tirani acknowledges the marking of seasons by the stars which guided the planting of kūmara (sweet potato). John White’s letter to the Editor of Te Wananga details oral traditions relating to kūmara and cultivation. Te Paki o Matariki, the official newspaper of the Kīngitanga (Māori King Movement) used images of the seven stars in its masthead. 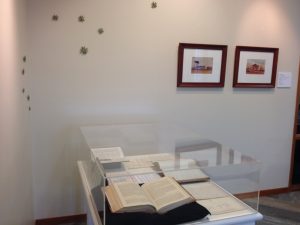 Matariki is strongly associated with the celebration of harvest, especially kūmara crops which would have been gathered and stored in specially prepared pits to ensure a year round supply. Pātaka kai (storage houses), like those illustrated by Sir William Fox, were filled with food. There was a close connection between the stars and food supplies, the visual appearance of the stars at rising were a portent of weather to come. The brighter the stars in their pre-dawn rise, the more favourable the season ahead and planting would begin in September. If the stars were hazy and closely bunched together, a cold winter was in store and planting held off until October. 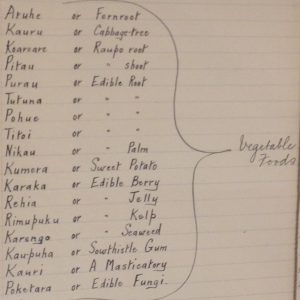 Matariki is a time for coming together in celebration, to reflect on the past and plan for the year ahead. We gift food, share stories, remember whakapapa (genealogy) and our ancestors who have passed on. It is also a time to reaffirm principles and protocols that teach us how to live in balance with the natural world.

The 1882 transit of Venus, attracted widespread interest as it has in 2012. Two official observatories were designated in Otago: at Dunedin (with observers R. Gillies, A. Beverley and Henry Skey), and at Clyde (Dr James Hector, Director of the Colonial Museum in Wellington). We are fortunate that the Hocken Collections include a letter written by Hector about his experiences at Clyde as well as a photograph of his temporary observatory for the transit due on 7 December 1882.
A few years earlier there had been another transit of Venus, but observations throughout New Zealand were generally disappointing because of poor weather. Central Otago skies are generally clearer than most other parts of the country, and it seems likely that Hector decided to make the observations there himself, having missed out in 1874 due to cloudy weather in Wellington. He wrote to his wife, Georgiana, a few days before the Transit was due to tell her of the preparations that had been made. His letter (MS-443-3/21) is written, partly in ink and partly in pencil, on the back of telegraph forms:
Clyde
4 Decr. 1882
My dear Georgie
I am now ready for the Transit having finished the fitting up of the Observatory & nothing remains but to get my chronometer error and to practise with the Telescope & with my assistants so that they may be well drilled in their duties. Whenever I have been able to leave I have been off in various directions to see gold diggings & mines & last night I gave a lecture to an audience of about 200 which is a large number for this place. Some of them drove in 20 or 30 miles to hear it. I had made a lot of diagrams  on blank calico & it went off very well. So you see I have not been idle. There are a few very nice folks here but as a township it has gone back sadly. Indeed the whole of this district has quite a deserted look whereas it was at one time the most bustling part of N.Z. The diggers have all gone to other places but have left lots of good rich deposits quite untouched. The expense of living & of getting water for washing the gold has been the great drawback. If they would only contrive machinery to make the big river lift up part of its water to the level of the Plains there might be abundance of food grown & abundance of gold obtained.
Mr. & Mrs. Walter Johnston with Werry & Blair spent Wednesday night here, which made a pleasant change. They were such a mess of dust after coming thro’ the gorge but seemed to have enjoyed their trip up Lake Wakatipu. They were also at the Wanaka Lake. I was there last Sunday & found it lovely. I had not seen it for 18 years! & found very little change – except a few houses & farms, very little planting of trees, but a great destruction of native vegetation of all kinds by fires & rabbits. The borders of the lake & the little Islets all look quite bare. In the forenoon I basked in the sun in a beautiful garden that belongs to the hotel by the side of the Lake. It reminded me of Lucerne somewhat. In the afternoon I drove to see the Govt nursery garden where they raise trees for distribution in the district & in the evening went for a sail on the Lake in the Moonlight with a lot of children. I must take you to see the Wanaka some day. In the course of six months they will have a fine steamer on it.
I rode over to Galloway one day with Mr Clinton the clergyman to call on the Rees family who used to live in the Wakatipu Lake in olden days. One of the girls is going to be married to a young Clinton in a few days (a lawyer here). They have made Galloway such a pretty place – but he has only been managing for Robt Campbell & he has suddenly got notice to leave which is very hard on him. Another day I rode south to Alexandra & —— the river to examine  some new reefs near to where Frasers station is. He is down in Dunedin at present so I have not seen him.
I have a little sitting room & bed room at a queer tumble down Inn, kept by Mrs ?George, a fat old lady who makes us very comfortable. Ashcroft sleeps in the Observatory hut but has his meals with us. The Observatory is just out of the town on the edge of a plain that extends about 7 miles before it reaches the hills on the other side of the valley. I have taken possession of an empty old Iron house of four rooms & have fitted up all the topographic fixings & led in wires from the Telegraphic office in the Town so that we send messages direct. In front of the hut I have put up a canvas tent —— for observing from with the big telescope. I have lots of visitors on fine nights to see the stars thru it. We have had many dull days since I came up but the nights are generally fine. Last night we had hard rain for the first time (Sunday).
I hear the coach coming past the obs. so must run over with this. I will start back on Friday & hope to get home about Wednesday week.
With much love to all
Your J. Hector
Transit day was fine over most of New Zealand, and the Evening Post (7 December 1882) reported an almost unqualified success for the New Zealand observations. “The only failure among the more important observations was that of Dr Hector, at Clyde, whose view was vexatiously intercepted by a dense cloud almost at the very instant of contact. There are, however, amply sufficient complete onservations for all the purposes aimed at, and the 7th December 1882 will long stand as a red letter day in the annals of astronomy”
Blog post very kindly prepared by regular Hocken researcher, Simon Nathan.