We are very lucky at the Hocken Collections to be supported by many individuals that kindly decide to donate their material to us. One such donation that caught our attention last year was a large collection of motoring magazines from the late sixties and seventies. The donation included issues of Motorman, New Zealand Motorman and Autonews. These issues not only filled some gaps in our periodicals collection, they are also delightful to look at. 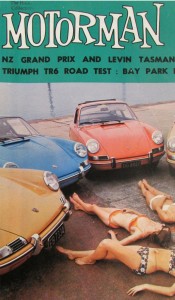 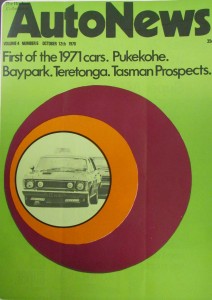 Autonews and Motorman contain detailed reports of races, rallies and drivers from all over New Zealand as well as overseas racing events which New Zealand drivers participated in.

Having been published in Dunedin, Autonews is an excellent resource for anyone looking at motoring in Otago and Southland from 1968 to 1974 as it covers local racing events as well as national ones.

Motoring enthusiasts will get a kick out of looking at the popular cars featured in both magazines. In 1970 Autonews  featured cars like the: Chevrolet Camaro, the Chrysler Valiant Hardtop Regal 770 V8, the Triumph 2000 Mark Two and the exciting “new” Holden Torana. 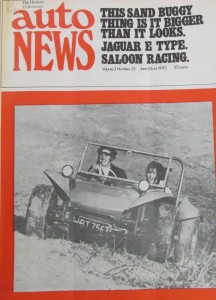 Tired of a car that just gets you from a to b? V.3:no.23 (1970 June 22) of Autonews solves that problem with an article titled “The Case for the Dune Buggy” with the subheading: “what was born as a gimmick in the sixties is the answer to driving boredom in seventies”. The article goes on to describe a gentleman called John Ormrod, a fibreglass specialist who constructed his own dune buggy prototype from a wrecked Volkswagen which the author was lucky enough to take out for a spin. “The buggy was complete with lights, horn, wipers and current Warrant of Fitness so there was no sweat about driving it through the busy Auckland streets”.  It was quite the sight when it was driven down Auckland’s Queen Street: “We rumbled up to the traffic lights and everyone stood and stared.”

The author of the article was quite taken with the experience: “Maybe I’m an egotist but I liked driving a vehicle that people looked at. I liked having my head out in the air. I like pretending that I was Steve McQueen. I’d like a Dune Buggy”. “

For the woman of 1975 looking for a new car, the Ford Escort would be an excellent choice judging from the cover of the 1975 March issue of New Zealand Motorman and the front page of the article about the new Ford Escort. 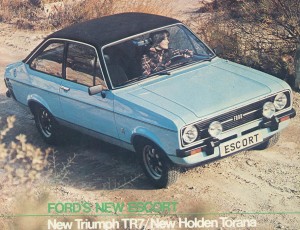 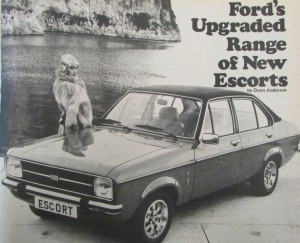 New Zealand had many legendary drivers in the sixties and seventies. A lot of the drivers written about in the issues of Autonews and Motorman are now members of the New Zealand MotorSport Wall of Fame for their achievements, including: Graeme Lawrence, Jim Richards, David McMillan, Robert Francevic, Graham McRae and of course Bruce McLaren. The 1974:April – May issue of Autonews feature some of these drivers in their top ten New Zealand drivers list, perhaps not realising the lasting impact that they would have on New Zealand motorsport today.

Not only do we hold the magazines mentioned here, we also have subscriptions and receive regular donations of current motoring publications including: NZ4WD, New Zealand Autocar, Alfa News, New Zealand Performance Car, NZV8 and CATalogue : the newsletter of the Otago Jaguar Drivers Club Inc. If you are interested in motoring come along to the Hocken Collections and check them out!