This wonderful image is a photograph of the ship Maheno, which served at Gallipoli as well as elsewhere in the Mediterranean during the First World War.  Along with sister hospital ship Marama, it transported over 47,000 wounded soldiers to safety. For the winter months of 2012 the Hocken Library is using this image to promote the current exhibition – Ship Shape – an exhibition based on the idea of “portraits” of ships.
Maheno was built by William Denny and Brothers at Dumbarton, Scotland but Dunedin was its home.   Joining the Union Steam Ship Company’s fleet in 1905, the Maheno was the first turbine-powered ship to work the Trans-Tasman route.  The vessel had a strong link with the University of Otago as well since the Ministry of Defence offered the institution surplus money from the Hospital Ships’ Fund to build a hall for the military training of medical students in 1919.  Maheno and Marama Hall (as it was originally called) was completed in 1923 and is now occupied by the Department of Music.  A roll of honour in the foyer lists medical staff who served on the ships. 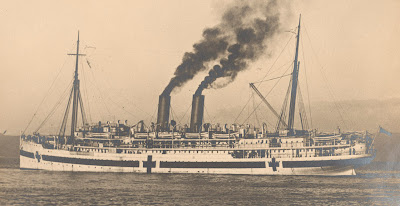 Maheno’s elegant profile was much admired, as were its comfortable and beautiful interiors. Original photographs of the ship from the Hocken Archives Collection are currently on show as part of the exhibition: 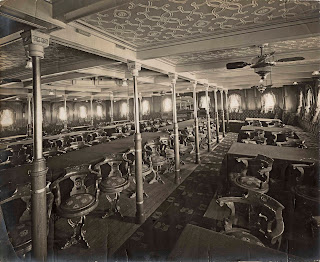 For more information about the exhibition, follow this link Ship Shape

This entry was posted in ANZAC Day, Exhibitions and events, Historical photographs, Ships and shipping, University of Otago, World War I by Anna Blackman. Bookmark the permalink.

4 thoughts on “The good ship Maheno, an ANZAC hero”