September is the month of the APRA (Australasian Performing Rights Association) Silver Scroll Awards, an event celebrating New Zealand songwriters and composers. A number of awards are presented during this ceremony: the prestigious Silver Scroll award, recognising “outstanding achievement in the craft of songwriting,” the SOUNZ contemporary award recognising “creativity and inspiration in composition by a New Zealander,” and the APRA Maioha Award which “celebrates excellence in popular Māori composition, to inspire Māori composers to explore and express their culture and to increase awareness of waiata in te reo Māori throughout Aotearoa.” Also presented are the APRA Screen Music Awards – the APRA Best Original Music in a Feature Film and APRA Best Original Music in a Series Award, both of which celebrate New Zealand’s screen composers.

In 2017, the APRA Silver Scroll Awards are being held in Dunedin on September 28th – a first for the city – and it is shaping up to be a Dunedin-centric awards ceremony. According to the APRA website, Dunedin has more songwriters per capita than anywhere else in New Zealand, and this year Port-Chalmers based singer-songwriter Nadia Reid, is nominated for her song ‘Richard’. As the Silver Scroll Award itself is to celebrate songwriting, the nominated songs are performed not by their writers and composers, but by other musicians in a different style to illustrate how a song stands on its own merits, regardless of genre. A musical curator selects the artists to perform the tracks, and for the 2017 Awards, Dunedin’s own Shayne Carter (DoubleHappys, Straitjacket Fits, Dimmer) will be undertaking this role. Another link between the awards and our Southern city are the 2017 inductees to the NZ Hall of Fame: The Clean (including founding member Peter Gutteridge), whose contribution to local music history can never be understated.

Hocken’s own music collections have a connection to the Silver Scroll Awards – 190 45rpm discs of Silver Scroll nominated (and winning) songs from between 1965 and 1976 were donated in 1977. These songs represent the eclectic nature of songwriting from the time, with tracks from Blerta, The Maori Volcanics, John Hanlon, Steve Allen, Rockinghorse, Shona Laing, Ray Columbus, The Fourmyula, and Maria Dallas included in the nominations, along with Jay Epae, Lutha, The Moving Folk, (the wonderfully named) The Village Gossip  and Garner Wayne and his Saddle Pals. Accompanying lists of the nominated songs (also provided from APRA) give an indication of how many songs were nominated each year, and are a great resource for researchers looking at New Zealand popular music of the mid twentieth century.  Our wider music collections also include Silver Scroll nominated material from this period and later on 45rpm disc, CD and cassette, including Lea Maalfrid’s 1977 winning song ‘Lavender Mountain’ – the first Silver Scroll Award ever presented to a female songwriter. However, the core APRA collection brings together these nominated songs as a group to represent a time capsule of material nominated for the Silver Scroll.

The song digitised here is by The Blue Stars (later The Bluestars), an Auckland group that began in the early 1960s during the band members’ time at Auckland Grammar. In 1966, they released ‘Please Be A Little Kind’ b/w ‘I Can Take It,’ a record that charted at no. 12, and gained radio airplay. The Blue Stars disbanded the following year, but ‘Please Be A Little Kind’ has kept the band firmly in New Zealand music history due to the song’s nomination for a Silver Scroll.

Below is the 1965 list of Silver Scroll nominees, which features some familiar names like Garner Wayne, Peter Posa, and Ray Colombus – names that reappear frequently in the nomination lists, and in the music charts. 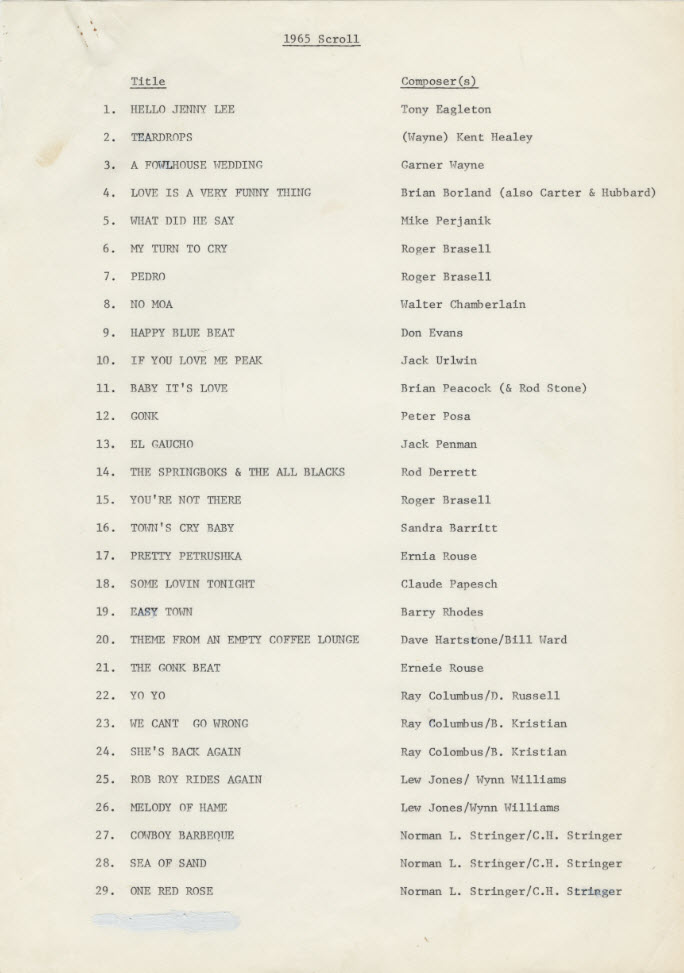 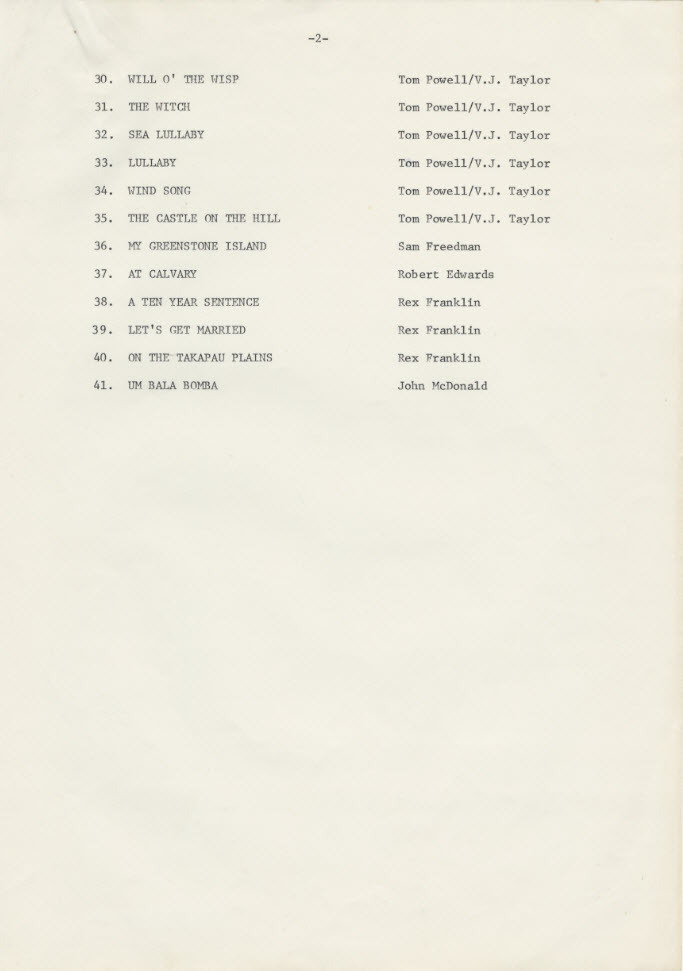 Good luck to all this year’s award nominees!