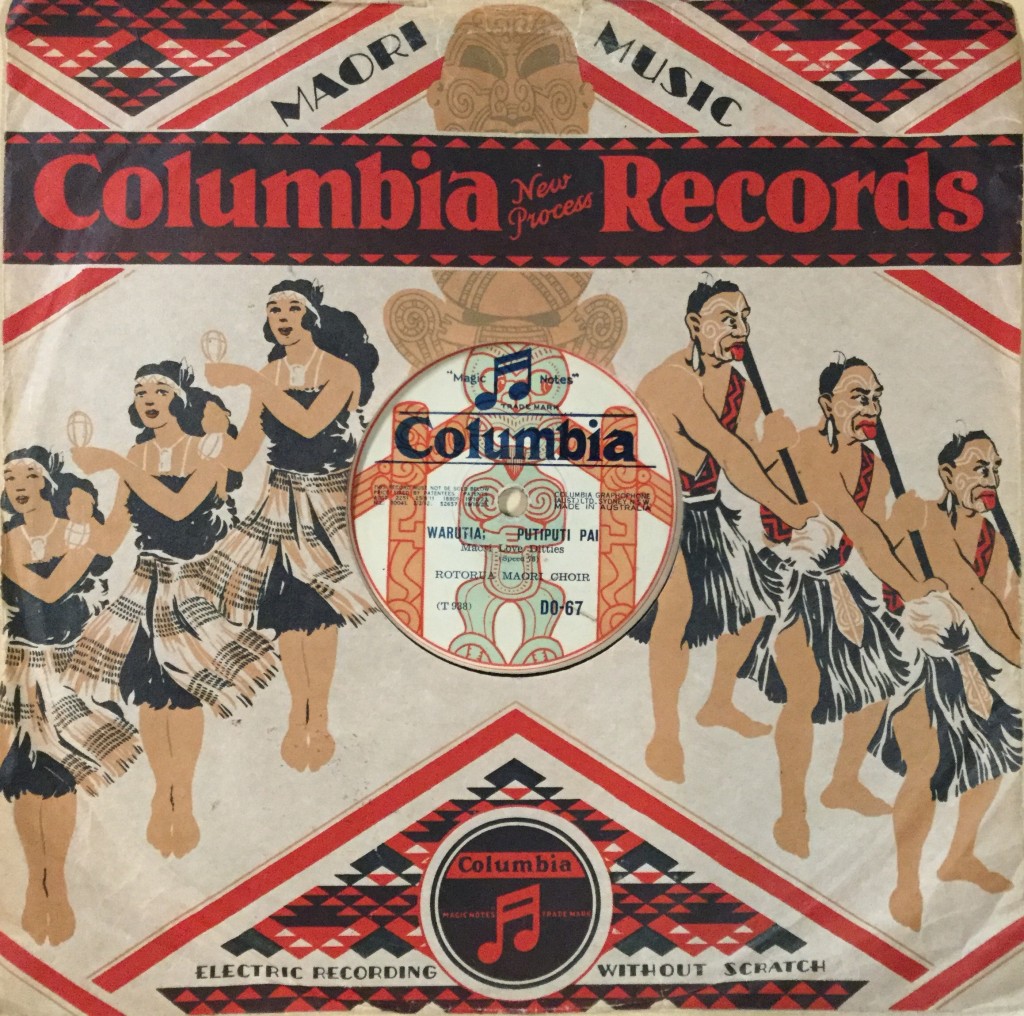 August was inaugural Māori music month, a celebration of Māori music around the country of all genres. The first music recorded in New Zealand was indeed Māori, when Ana Hato and Deane Waretini were recorded singing a number of songs, including Hine e Hine, and Waiata Poi. This was in February 1927 at Tūnohopu meeting house, in Ohinemutu, Rotorua, and their accompanists included the nascent Rotorua Māori Choir. While their story is the stuff of musical history, less has been written about the Rotorua Māori Choir, and their seminal recordings of 1930.

The Rotorua Māori Choir had been in existence for at least two decades, having been formed in the early 1900s by Frederick Bennett, an Anglican Clergyman. Before making their famous recordings, the choir had been part of New Zealand’s first feature film, George Tarr’s Hinemoa, from 1914. In 1929, the choir’s lawyer (a Mr. Simpson) suggested to Arthur Eady (of Arthur A. Eady Publishing) that the choir be recorded. This suggestion was taken to Columbia Gramophone Company, who agreed, and a contract was signed by three choir members – Geoffrey Rogers, Tame Petane, and Rotohiko Haupapa. In 1930, a group from the label (including musical director Gil Dech, managing director W.A. Donner, and engineer Reg Southey) came to New Zealand to record the choir, and this took three months – a significant commitment of finances and resources. Dech, who had been to New Zealand before, became closely acquainted with the music by listening to the songs sung to him repeatedly by the choir before the recording started, though his introduction to the some of the music originally occurred when he accompanied and conducted the recording sessions of Scottish tenor Ernest McKinlay, who recorded Māori songs in Sydney in 1928.

By all accounts, the recording sessions with the Rotorua Māori Choir were long and often hard, as choir members had day jobs, and the recording sessions often lasted until the early hours of the morning. Dech was keen to have the choir harmonise naturally, but often wrote harmony parts and taught them to the group – Reg Southey confirming “he trained them to sing as a group – most of them were used to singing solo.” There were soloists, however: bass baritone Rotohiko Haupapa, soprano Te Mauri Meihana, contralto Mere Amohau, and tenor Tiawhi Ratete.

As with Ana Hato and Deane Waretini before them, the Rotorua Māori Choir recorded at the Tūnohopu meeting house at Ohinemutu, Rotorua. To create a better environment to record in, shawls and carpets were hung from the roof to dampen the echo, and a production/control room was assembled in the porch. Southey recalled that the recording sessions were to record Māori singing and song, which they “felt was unique and should be put on record for all time. So many visitors… came to New Zealand, heard these singers and asked where they could buy recordings. They weren’t available… we wanted to correct that.” The recordings were cut directly to fragile wax discs (two recordings were cut, and the best one chosen for use), and sent to Australia, where copper master records were cut. Over thirty songs were recorded (in what Mervyn Mclean called “the European melodic idiom”): folk songs, love songs, and farewell and welcome songs, as well as two English hymns in Te Reo: Au e Iho, and Karaunatia. Originally issued on 10” shellac 78rpm discs, in 1961, all but three of the songs were taped from the master discs and pressed to LP, bringing the Rotorua Māori Choir to further recognition.

To illustrate the talents of the Rotorua Māori Choir, we have digitised some of our original 78rpm discs. One of the best examples of their vocal abilities is Warutia Putiputi Pai, a Māori love ditty, where the range of the choir members, and the style of the musical director is evident. The disc is in remarkably good condition for being 86 years old, though there are ‘pops’ due to the nature and slight deterioration of the format.