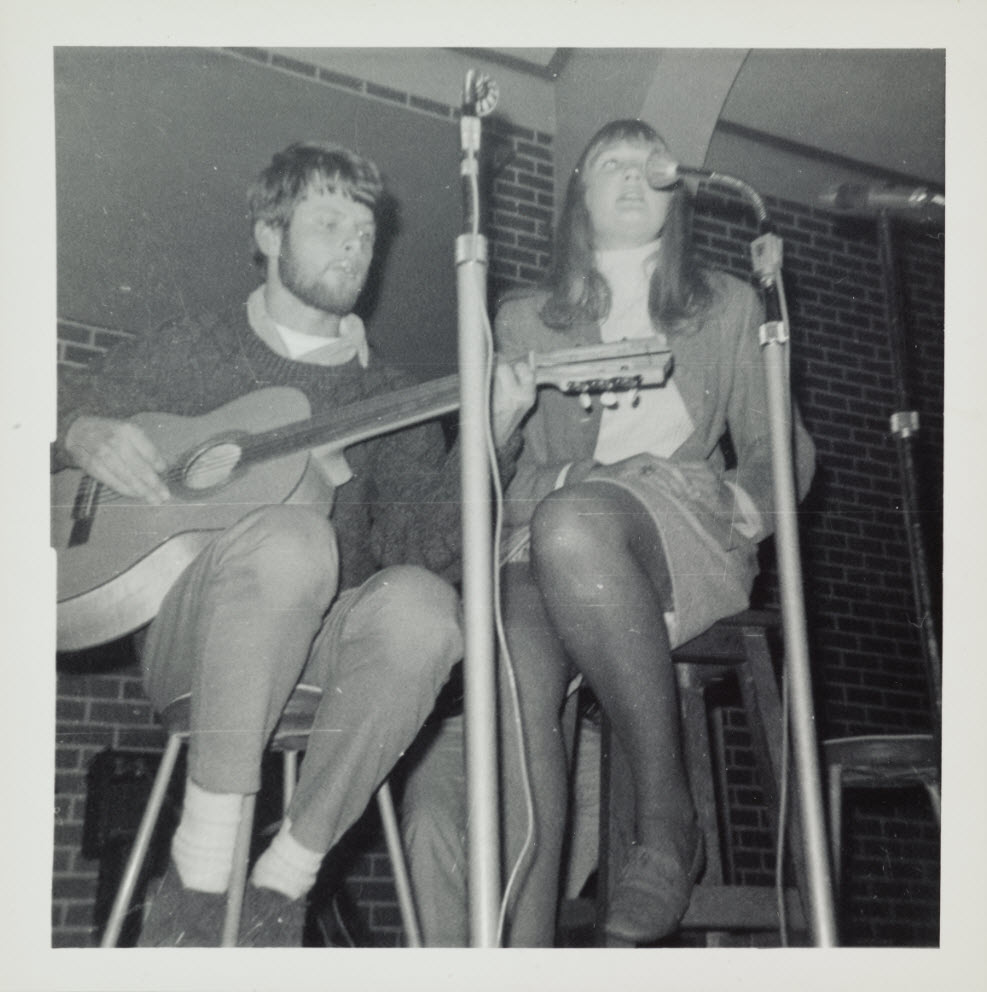 How power (im)balances mean minorities are not adequately represented, including in archives.

Gordon Spittle’s Beat Groups and courtyard parties provides a broad snapshot of the underground culture of the Ōtepoti Dunedin music scene in the 1960s. The book offers a raw depiction of collectives of artists, musicians and performers who set the stage for the city’s emerging Dunedin sound. The book also contains a distinct lack of representation of women. Therefore, one might be forgiven for thinking that there were no women performing in the 1960s. An in-depth analysis of the Hocken archives, as I did for my HUMS301 internship, tells another story. Women did perform but were simply represented less than men. This has implications for how historians and archivists discuss women in the Dunedin music scene, and how we can do research to understand their lives and experiences.

The research I undertook at Hocken was broad, looking at publications and archives. In particular, the archival material on the Otago University Folk Music Club AG-047/7 provided different representation of women. Publications such as student magazine Critic, the Otago Daily Times and Playdate also provided interesting points of analysis.

In the 1960s, folk music expanded across Ōtepoti Dunedin and the world.[1] A key aspect of folk music was the role of women.[2] Through the archival records of the Otago University Folk Music Club, we can see that women played a key role in the organisational management of the group. This includes Diane Baird, Wendy Clark, Catherine Monthieth, Di Looney, Liz Somerville, Lyn Jeffcoate, and Bronwyn Patterson. Women also performed in concerts organised by and connected with the group, including Di Looney, Val Murphy, Lea Stevens, Christine Smith, Brownyn Patterson and Ann Wigston.

An article published in student magazine Critic in 1961 recognised this phenomenon, saying there was a shift to women performing in concerts on the basis that if women are good enough to perform behind the scenes, they are deserving of performing.[3] 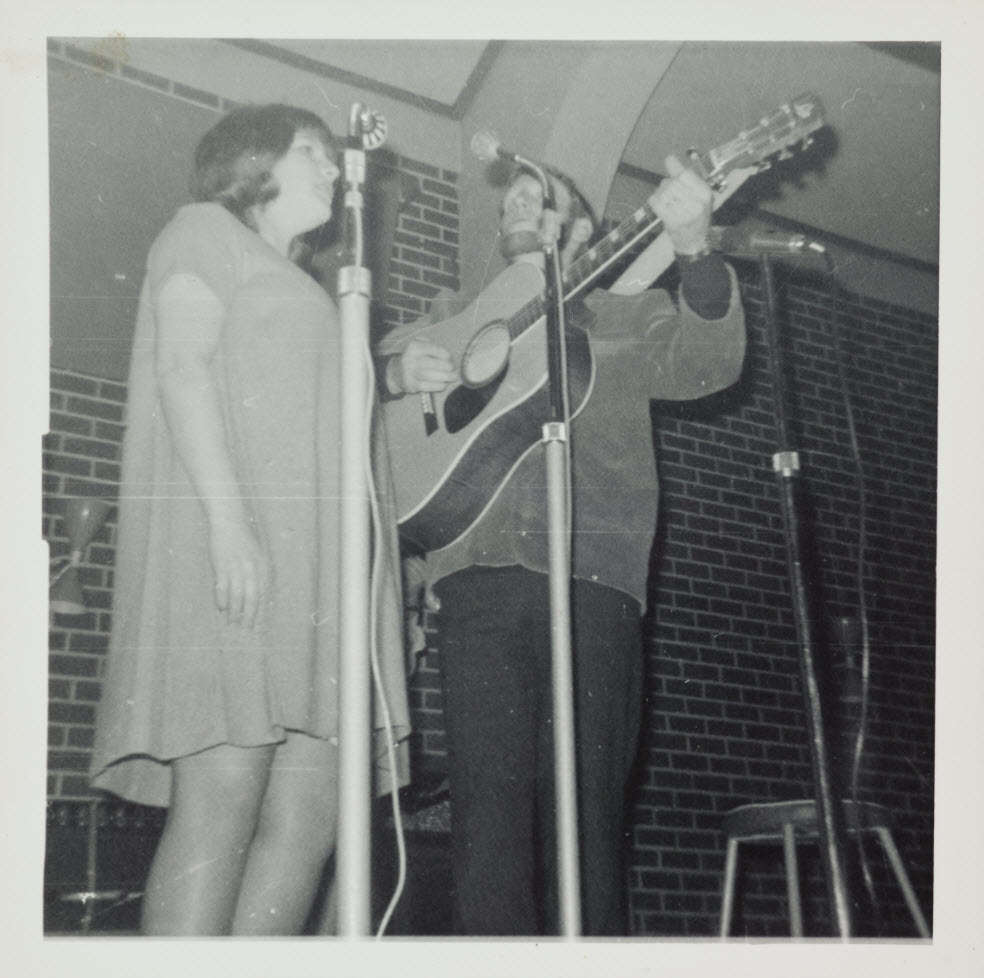 Expanding to look at women musicians across Aotearoa New Zealand, we can see that women both performed – and were represented. Musicians such as Sandy Edmonds, Dinah Lee, Maria Dallas and Kiri Te Kanawa were regularly represented in Playdate. The way they were represented is still of note, however. They were often used in advertising, such as for hair product Napro. These products were advertised by Dinah Lee (seven times), Anne Murphy (one time) and Sandy Edmonds (nine times).

The Ōtepoti Dunedin music scene has an interesting history of its presence and representation of women. The 1960s, in particular, was a key point of flux and transition. Women played an increasingly role in the music scene but were rarely recognised in the media of the day. For historians, this poses a challenge to how they perceive and understand women and their involvement. Thomas argues that as historians seek stories of minorities, there is not always the archival material to assist their research.[6] 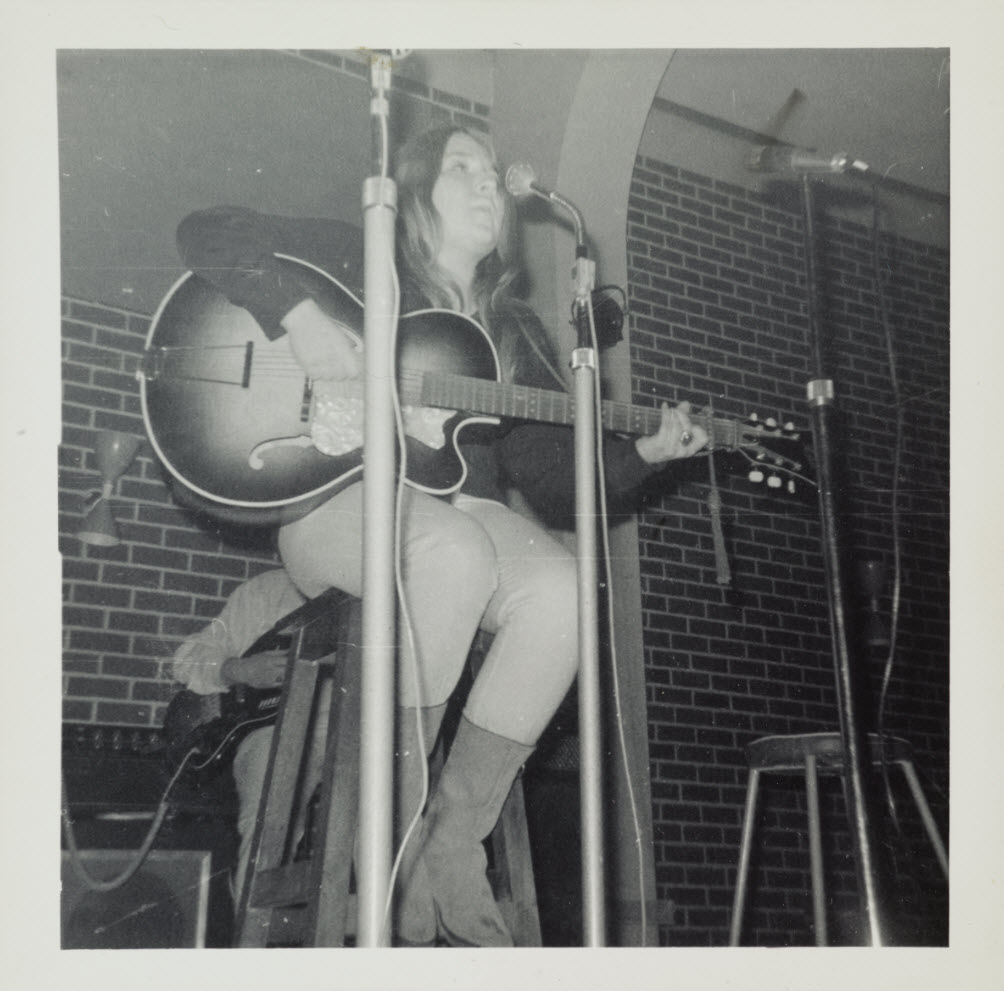 While I found some representation of women in the Dunedin music scene in the 1960s, I believe there were more women performing than the archive represents. David Thomas argued that archives silence some stories, and I believe this is the case in this instance. This encourages us – as historians and people – to act more consciously to find and represent the stories of women and minorities in the archives, and to make space for their stories in our everyday lives.

This entry was posted in Archives and manuscripts, Entertainment, Music, Popular culture, Women by Anna Blackman. Bookmark the permalink.