These past twenty years have certainly proved a boon time for putting names to previously unidentified photographs of people and places.  As cultural institutions and private individuals all over the world continue to digitise their collections and create searchable databases, new information emerges on a daily basis that brings new life to images formerly prone to be cast aside. 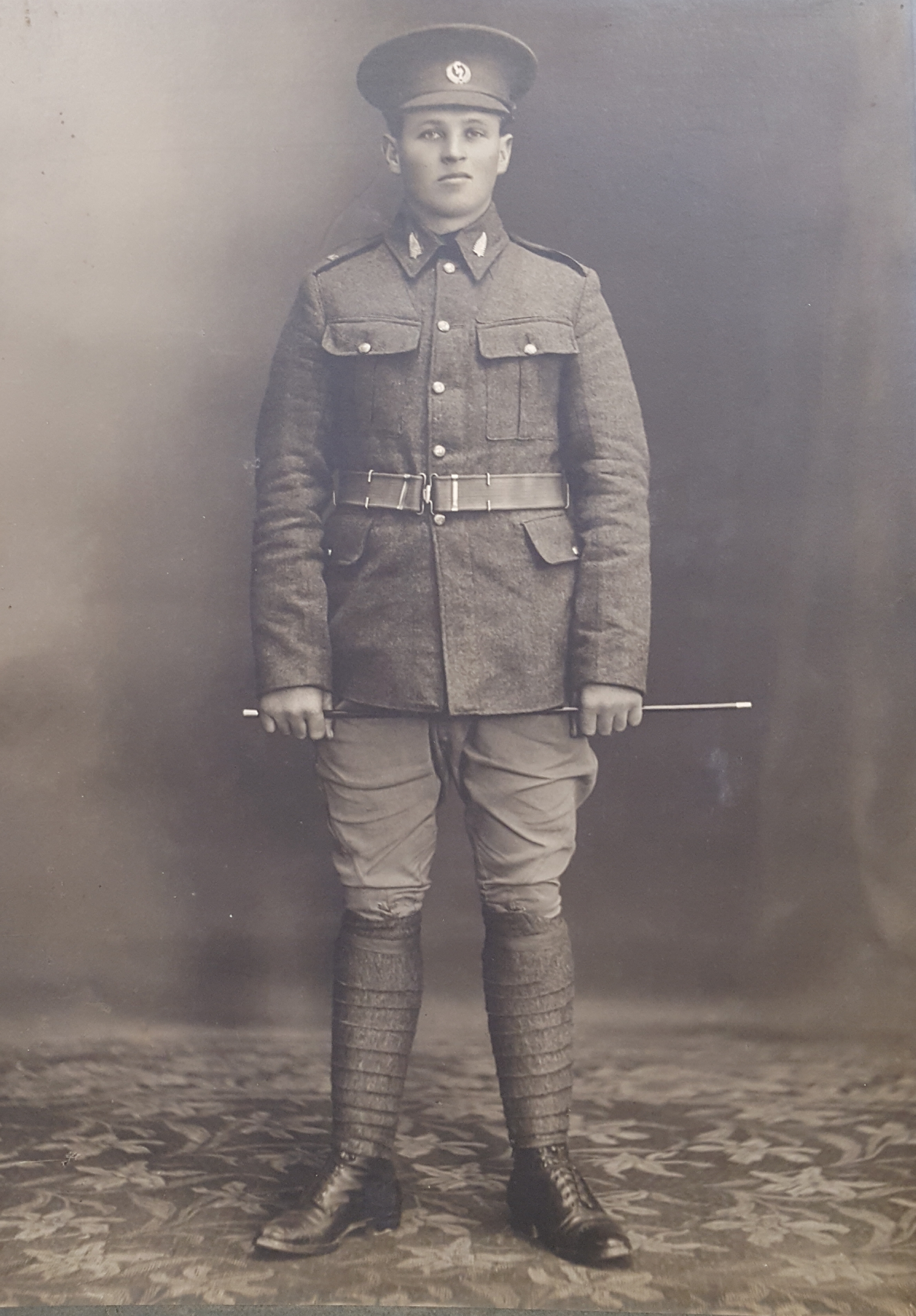 Recently the Hocken received one such portrait of a soldier.  The donor had come upon it in the SPCA Op Shop at North East Valley, Dunedin, and could not bear to leave the strapping young man to oblivion.  The back of the print offered no clues as to his identity and all the Op Shop keeper knew was that the photograph came from a house in Waitati.

The donor, Marinus La Rooij, who happens to be an Otago history graduate, then made it a mission to discover all he could about the man’s identity.  Firstly he reached out to the Facebook group, Unknown Warriors of the NZEF, sending them a cell phone snap of the photograph. From the C,7 written on the military cap badge, they were able to link the soldier to the Canterbury Battalion, Seventh Reinforcement, which enlisted in mid-1915, went to Suez and moved on to the Western Front.[1]

Matching other known portraits from relatives, it did not take long for the Facebook group also to provide the soldier’s name and army registration number as Robert William’ Leslie’ Wilson 6/2962.  Equipped with these crucial details, the donor was then free to search and find Private Lesley’s army service file online at Archives NZ.[2]

As it turned out, this person was not a local lad but the son of William and Margaret Wilson of Belfast in Canterbury.  He worked as a farmer in Belfast before enlisting in the army at the age of 21.  Leslie Wilson had dark brown hair and blue eyes and, though smaller than he perhaps looks in his photograph standing just 5’4″, was deemed fit and ready for service.  Sadly, like so many other fine young men whom we pause to remember on ANZAC Day, Robert William Leslie Wilson died far from home, of wounds received in action at the Battle of the Somme in 1916.  He was just 23 years old.[3]

Thanks to our donor, a copy of this portrait has now been uploaded to Robert Wilson’s record on the Auckland War Memorial Museum’s Online Cenotaph database, where you can leave him a virtual poppy here.

And the original photograph is now safely housed in the Hocken Photographs Collection and readily accessible to researchers under the reference number, P2020-011.

This entry was posted in ANZAC Day, Historical photographs, World War I by Anna Blackman. Bookmark the permalink.