One of the cutest Christmas messages in the Hocken Collections is found on a postcard in the papers of Dunedin poet and editor Charles Brasch. 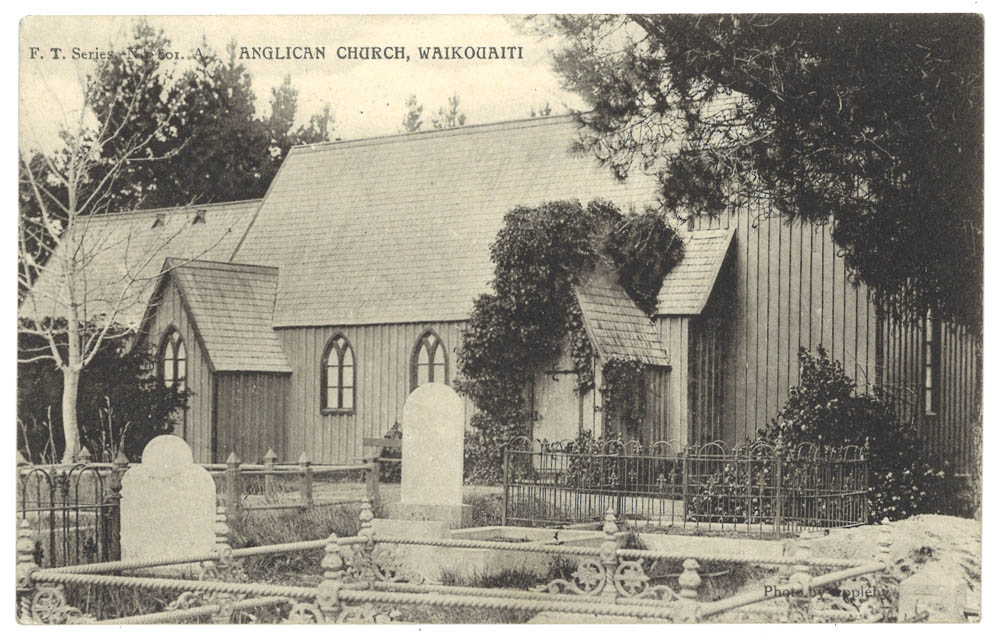 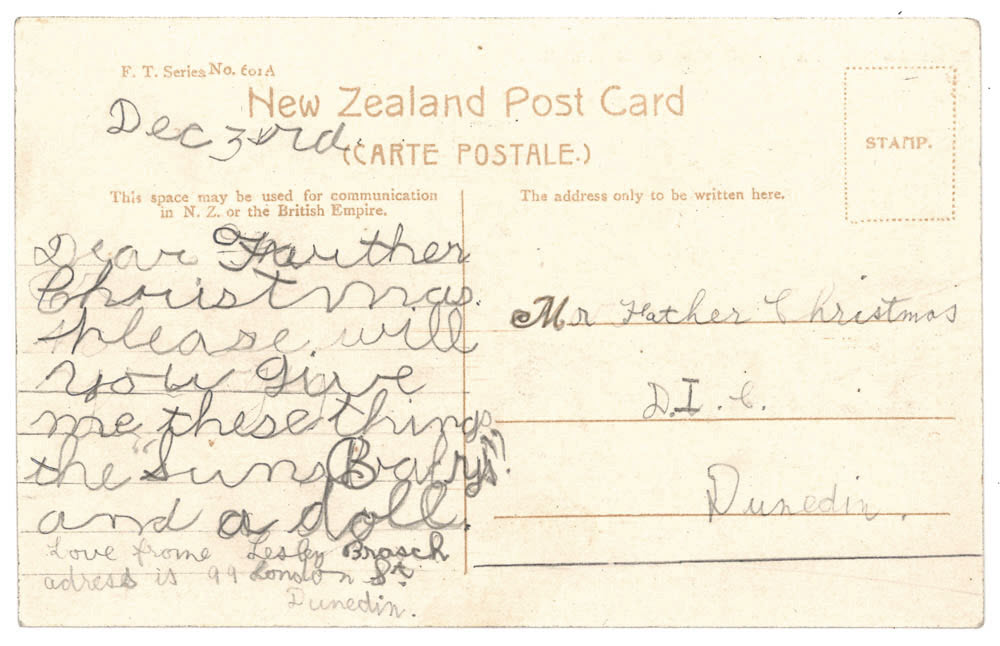 The front of the postcard shows the picturesque St John’s Anglican Church, Waikouaiti. The message on the reverse reads:

Dear Farther Christmas.
please will you give me these things
the “Suns Babys” and a doll.
love from Lesley Brasch
adress is 99 London St.
Dunedin

Lesley Brasch, known in her family as ‘Lel’, was Charles’s younger sister. Their father was the lawyer Hyam Brasch, and their mother Helene (née Fels) was related to the Hallensteins, a prominent Jewish family associated with the New Zealand Clothing Company and other businesses.

Born in 1911, Lel lived with her parents and brother at ‘Bankton’. Originally the home of Rev. Thomas Burns, and later of Sir Robert Stout, its address was 99 London Street when the postcard was used. The property was later subdivided and other houses have since been built in front of it. Its address is now 4 Stoutgate. 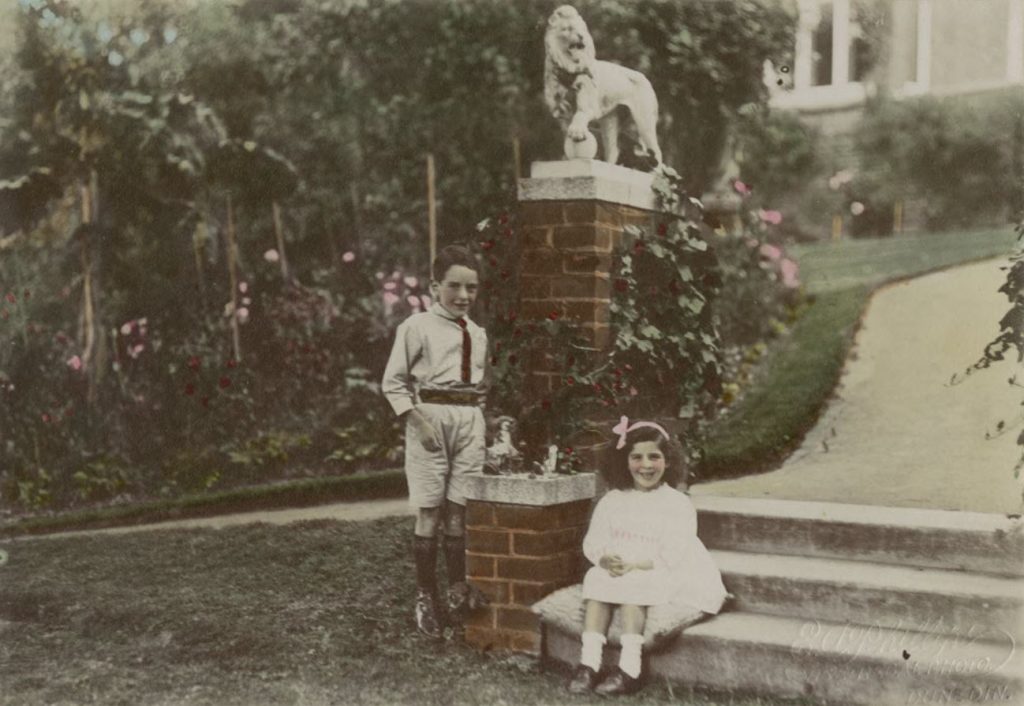 Lesley with her brother Charles at ‘Manono’, London Street, the property of their grandparents, Willi and Sara Fels. Bankton was a little further up the street, on the opposite side. E.A. Phillips photographer. Ref: Hocken Collections MS-0996-012/100.

We don’t know what year Lel wrote her request, but it was when she was a little girl in the 1910s.  She addressed it to Father Christmas at the D.I.C., or to give it its complete mouthful of a name, the Drapery and General Importing Company of New Zealand Limited. Her own great-grandfather, Bendix Hallenstein, established the business some thirty years or so before.

The Dunedin department store was a logical place to send a message to the jolly red-suited man. From 1902 children could visit him every afternoon before Christmas, and in the 1910s the company advertised: ‘Father Christmas is at Home at the D.I.C.’. In 1917, the store advertised ’20 big busy departments full of Xmas gifts’, and a Toyland for Children. It invited parents to bring their children to see Father Christmas in his quaint old chimney corner. Admission was sixpence and children were given a present. Seventy years later children still visited the D.I.C. to see Santa. Its later attractions included Pixie Town, now on display at Toitū Otago Settlers Museum. The D.I.C.’s Dunedin store closed in 1991, after the company was taken over by Arthur Barnett. 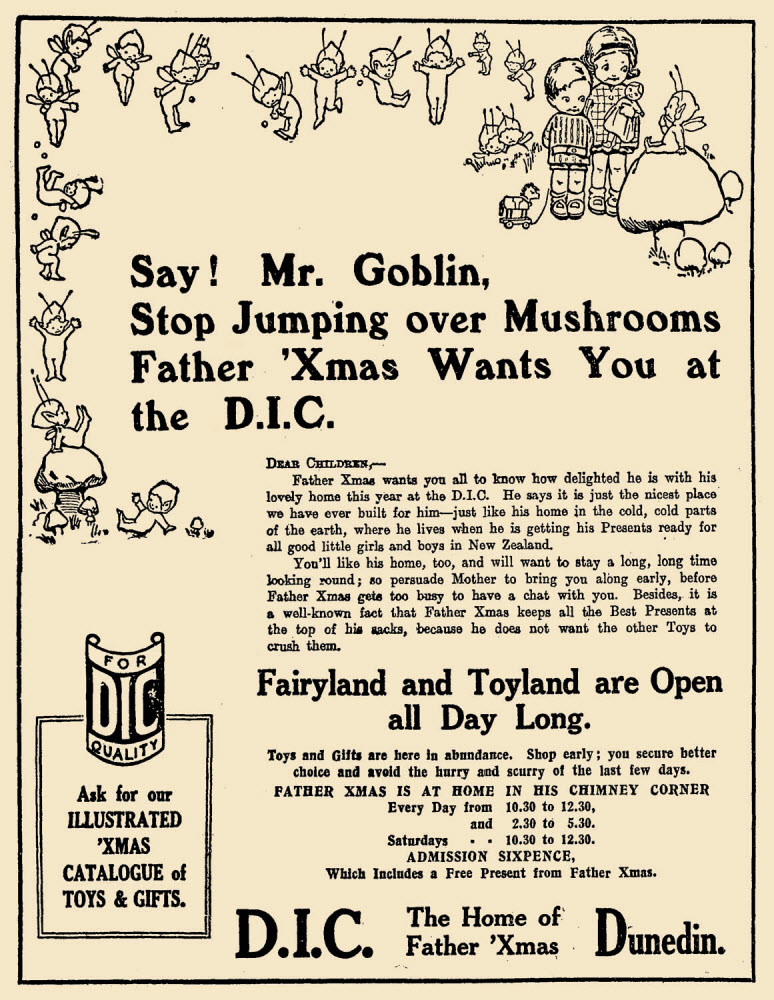 Lel asked Father Christmas for a popular and particularly beautiful children’s book, The Sun’s Babies by Edith Howes. Even at a young age the Braschs were supporting New Zealand writers! Born in London in 1872, Howes came to New Zealand with her family when still an infant, and became known as a teacher, writer, and educationalist. She lived in a variety of places around the country, including Ashburton, Wanganui, Makarewa, Gore, Wellington, and Christchurch. In later life she lived in Dunedin, where she died in 1954.

The Sun’s Babies, published in 1910, is set in a mythical fairy world. It includes stories and poems about plants, animals and fairies in the different seasons of the year, incorporating life lessons. The first of Howes’s children’s books, it met with both critical acclaim and popular success. Hocken holds three editions of the book, including Cassell & Co’s original 1910 edition and the 1913 edition shown here. The illustrations are by the English artist Frank Watkins (1863-1929). 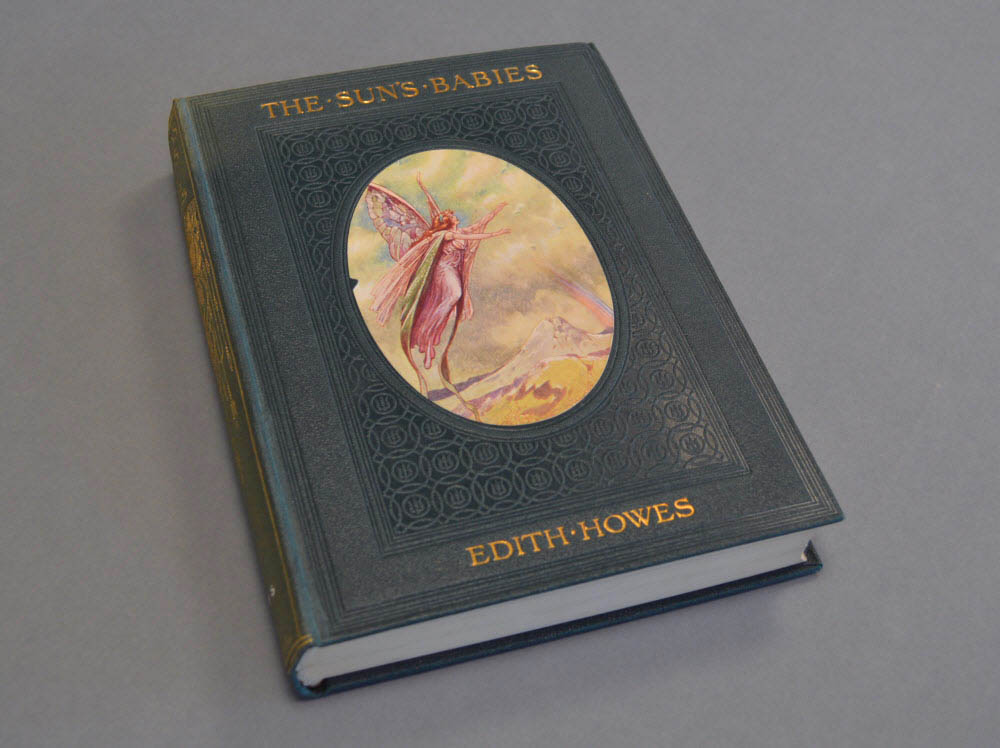 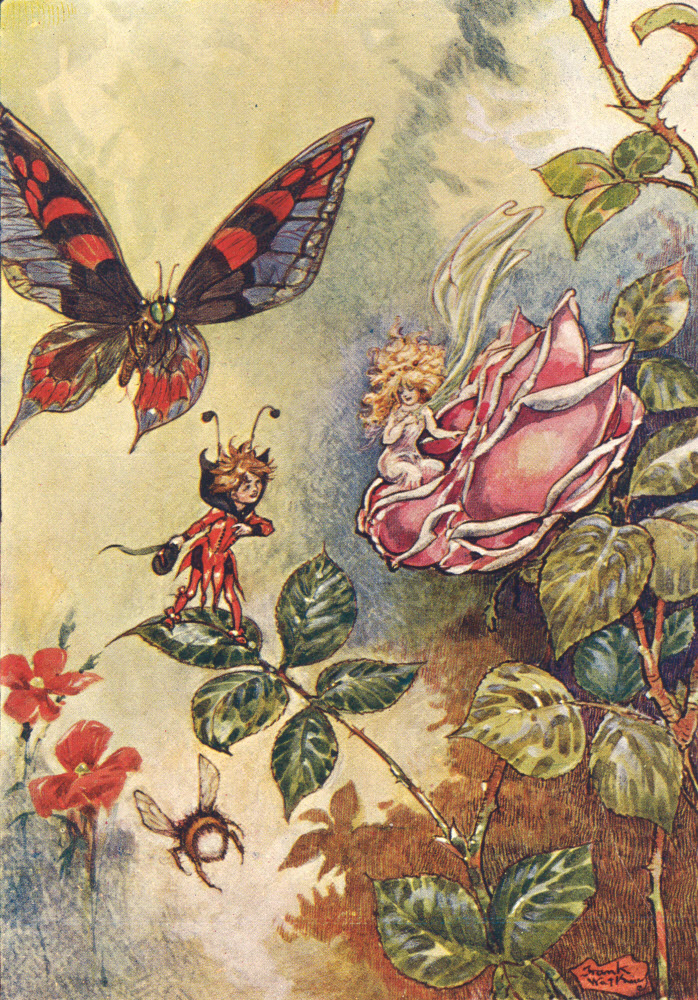 Illustration by Frank Watkins from The Sun’s Babies. The caption reads: ‘When she saw Tinyboy she hid her face shyly in her curls’.

Did Lesley get her book and doll? We don’t know but like to think so. Perhaps the answer awaits discovery in the Brasch papers,

There are thousands of postcards in the papers and they are less studied than many other parts of the collection. This particular card can be found in the item: ‘Envelope labelled “Loose postcards” including postcards from family and de Beer, Fels, Hallenstein and Brasch families’ (Charles Brasch papers, Hocken Archives, Uare Taoka o Hākena, MS-0996-012/521).

Merry Christmas from the Hocken Collections.

2 thoughts on “Lel, Father Christmas, and ‘The Sun’s Babies’”