We are delighted to announce that the papers of Charles Brasch have been inscribed on the New Zealand Memory of the World Register.

At a national function at the Hocken on Thursday (November 28), the Charles Brasch papers were announced as a significant new addition to the UNESCO register, along with the Sir Edmund Hillary Archive at Auckland Museum and the original score and lyrics of God Defend New Zealand held at Auckland Libraries.

UNESCO launched the Memory of the World Programme, which promotes the nation’s heritage stories to the wider community, in 1992. It sits alongside UNESCO’s better-known World Heritage List and Register of Intangible Cultural Heritage. The New Zealand Programme was established in 2010. 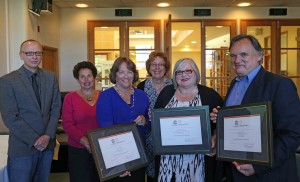 Hocken Librarian Sharon Dell says the Inscription of the Brasch papers onto the Register is also recognition of the national importance of the Hocken as a research archive.

“This is a huge advantage for University staff and students to have a resource like the Charles Brasch papers in their midst. As well as conferring a higher level of protection on this archive resource, this inscription from UNESCO also enhances the Hocken’s international profile,” she says.

Hocken Curator of Archives and Manuscripts Anna Blackman says after Brasch’s literary and personal archive was opened at the Hocken in 2003 (30 years after his death), the significance of his legacy began to be appreciated.

“We are very fortunate that the Hocken holds such a substantial collection – 25 linear metres of his personal letters and archives. The work, papers and journals of Brasch are now a significant resource for researchers focusing on New Zealand’s rich cultural and literary development during his life-time,” she says.

Brasch’s editorial activities and contribution to the literary scene, as well as the thoughts and opinions of his correspondents are documented through the correspondence. 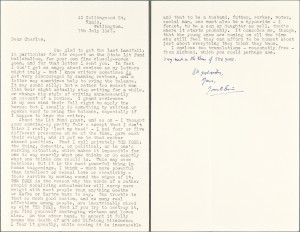 “It is a unique insight into the opinions and activities of this group who created so much of New Zealand’s cultural life,” says Anna Blackman.

From 1938 to just prior to his death Brasch wrote a personal journal. These journals document both his inner life of thought as well as his opinion on many topics and his everyday activities. 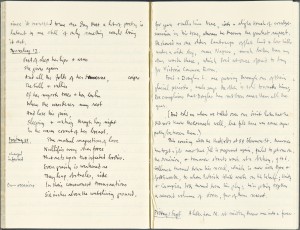 “Brasch was an acute observer of the world around him and the journals include commentary on not just the arts and literature but also people, politics and contemporary events.”
Further information about Memory of the World and the inscriptions on the register can be viewed on www.unescomow.org.nz.

This entry was posted in Archives and manuscripts, Authors, Literature, Poets and Poetry, University of Otago by Anna Blackman. Bookmark the permalink.