Papers Past is undoubtedly a valuable and convenient resource for historical research.  It is easy, however, in using it, to overlook other avenues of journalistic endeavour.

While working on a response to a recent reference enquiry, I came across a reel of microfilm in the stack containing all manner of titles, some of which I had never previously encountered.  A large number of these were of local origin, and covered matters social, political, intellectual, commercial, spiritual and more.

The Dunedin triumvirate available online (Otago Daily Times, Otago Witness and Evening Star) shine a light on the city’s goings-on, but to rely on these three is to neglect a wider range of perspectives and possibilities for enquiry.

Regrettably, the film holds only a single issue of many of the titles, and some rolled off the presses for only the briefest of spells, yet they reveal a lively and varied past.

The selection of mastheads below all feature on the reel; search any of the titles on Library Search | Ketu to request the film.

Other early Dunedin papers of which we hold larger runs include the paper most commonly known as the Otago Workman (otherwise the Beacon or Forbury News, later the Otago Liberal), the Echo, the Globe and the Southern Mercury. 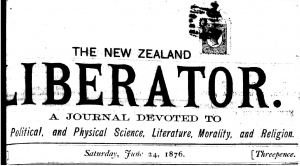 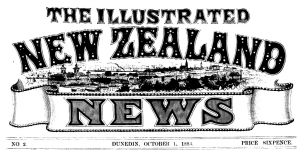 This entry was posted in Magazines, journals, periodicals and newspapers, Print culture, Printing and publishing, Resources by Anna Blackman. Bookmark the permalink.

2 thoughts on “Going past Papers Past: a mass of mastheads”