I have had the fantastic opportunity of interning at the Hocken through the University of Otago’s Humanities Internship, which offers students the chance to be placed in an organisation in Dunedin and undertake a project in place of a paper. The internship counts towards your degree, which is absolutely fantastic and I strongly encourage any student of Humanities to sign up. 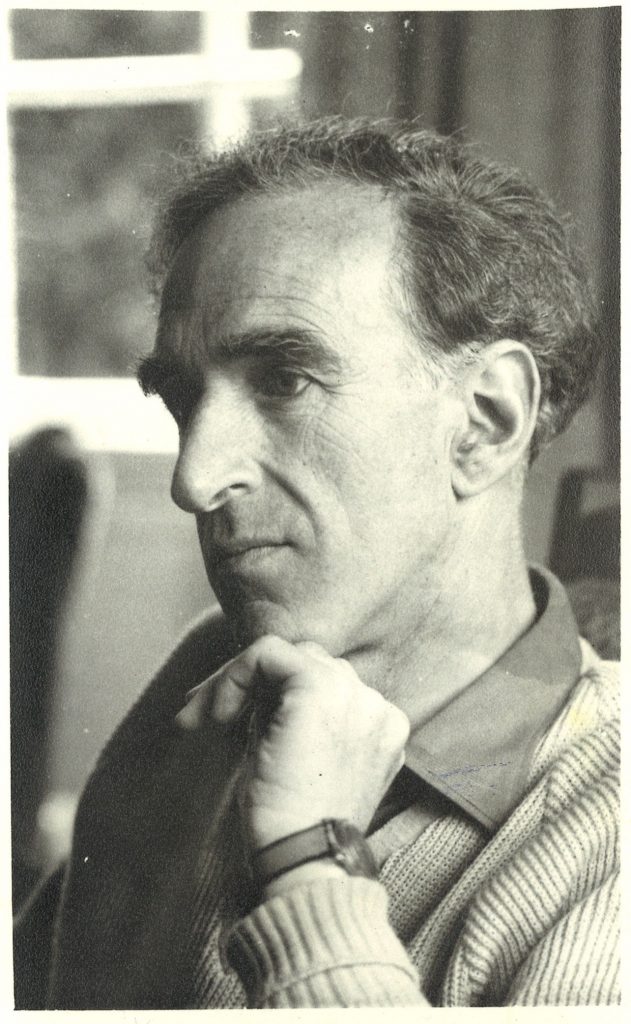 Before starting my internship, Charles Brasch was a name I had heard, but not a name I knew anything about. I started at the Hocken at the beginning of August, and though I have only spent a short time here, I feel as though Charles Brasch and I have become great friends.

My project was a continuation of the project started by last semester’s intern, which allowed me to jump right in and get started. I worked with the Charles Brasch Literary and Personal Papers Collection, cataloguing photographs that he donated to the Hocken when he died in 1973. The background to the collection and how it has been catalogued is interesting, and it is amazing how archives can evolve over time when new developments come about.

The photographs in this collection were originally repackaged and catalogued in 2003. While they were listed on the Hocken database, not all of them were able to be identified. Now, there are more resources available to help with identification, such as Charles’ published journals, which have comprehensive biographical notes on many of Charles’ friends, family, and people he met during his life. The power of Google is another useful tool that can be used to identify people and places.

Some of the photographs in the collection are used frequently for publication, which is one of the reasons why the curator of the collection decided to add more detail to the catalogue. Having a more detailed catalogue improves findability, which for such a vast collection is extremely helpful. For example, I found a photo of Charles with authors C.K. Stead and Janet Frame looking more relaxed than the commonly published version of the photo. 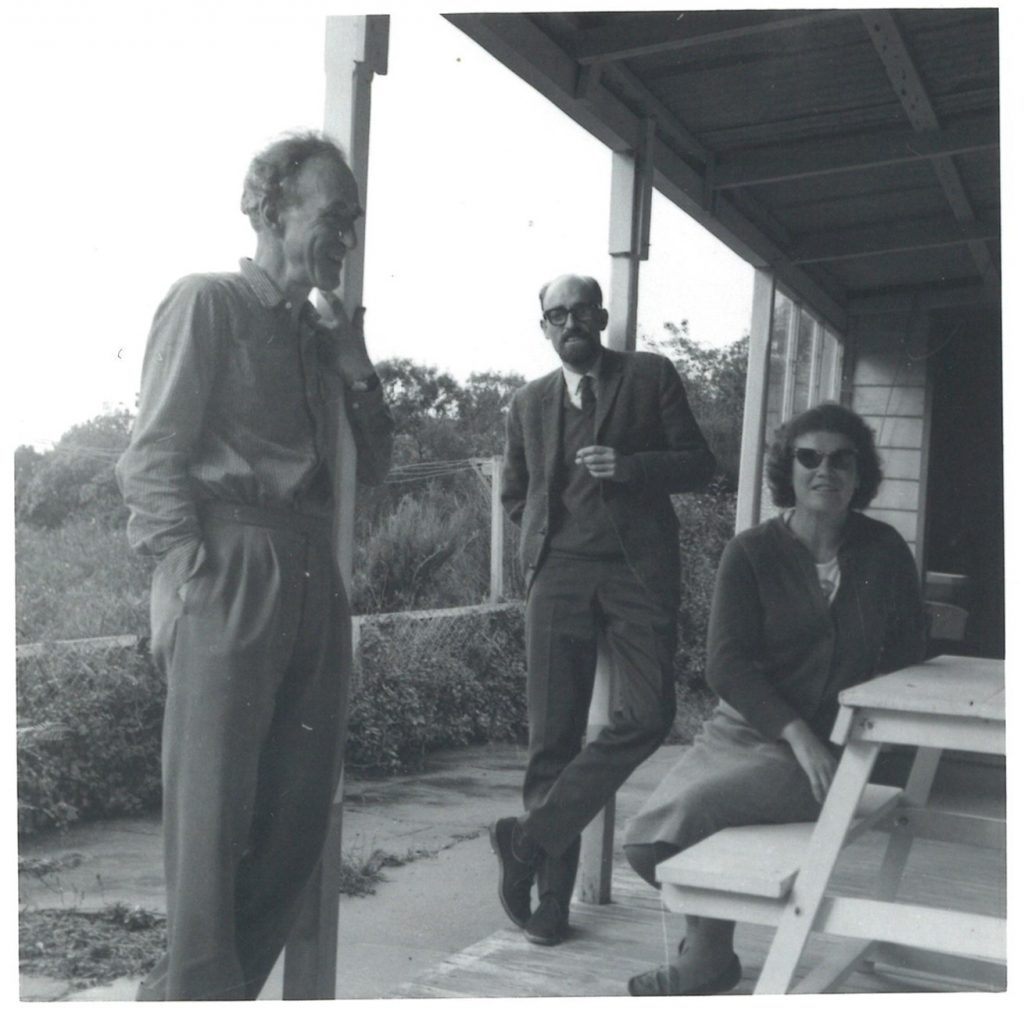 Further, some of the photographs are already digitised, and having a more detailed listing will allow online access to those photographs. There is also potential for the further digitisation of images.

In terms of my project. I quickly learnt that cataloguing is not a matter of simply entering data into a spreadsheet…

Charles Brasch was an avid photographer and was something of an archivist himself. Charles’s photographs span decades, and the collection consists not only of his personal photographs, but also of family photographs handed down to Charles. Cataloguing such a mammoth collection is no small task, but it is an enjoyable one.

I quickly found that the most frustrating aspect of cataloguing photographs in this collection was trying to figure out who the people in the photos were. Charles did not inscribe all of his photos; in fact, finding one with an inscription that I could actually read was a feat in itself!

Thankfully, Charles kept personal journals, which the Hocken also has in its Collections, and some of these have been transcribed and published by the Otago University Press.  These have been essential in my quest to put names to faces. Charles was very detailed in his journal entries, and it was rare that I could not name someone. However, when I couldn’t name someone it was quite frustrating! On one particular occasion there was a woman who I could not identify, but later in my cataloguing journey she showed up again and Charles had inscribed that later photo so I could go back and name her in the photos I had previously seen. Being able to do so was extremely satisfying. 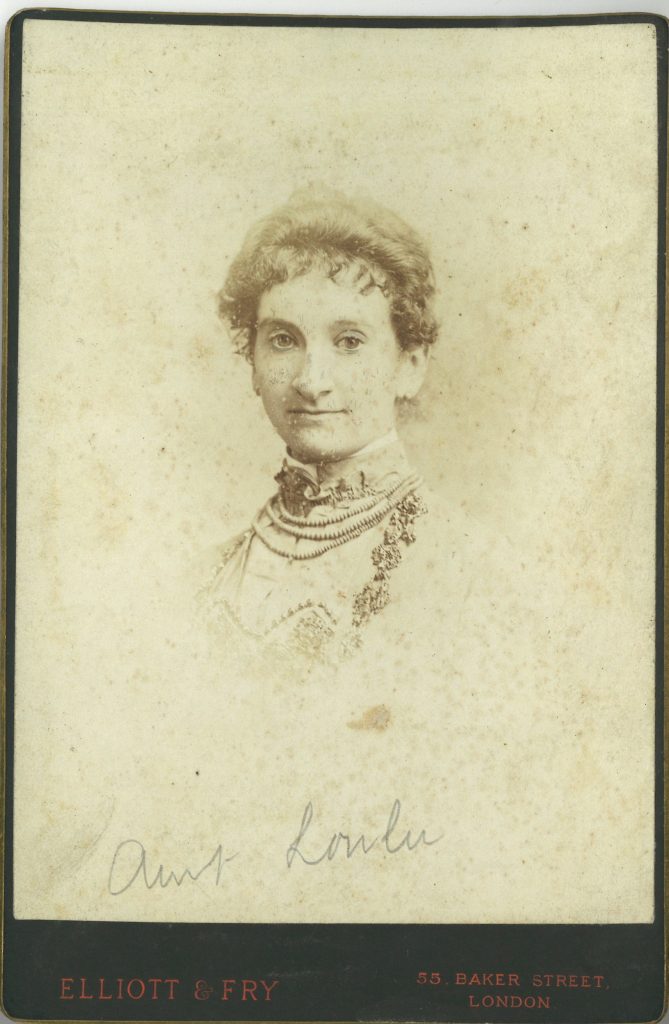 Tangible photographs are something we sadly rarely see anymore, so working with ‘proper’ photographs has been fantastic. Charles travelled often, and documented both the big and the small things. For someone such as myself, who has never travelled either the South Island nor ventured over the Pacific, these photographs allowed me to travel alongside Charles, and see things as he saw them.

I feel very lucky to have been given the opportunity to work with the Charles Brasch photographs. Having never done any archiving before, my eyes have been opened to a whole new world, and I am genuinely amazed at how much work goes into archiving. I have a whole new appreciation for archives, and I strongly encourage everyone to utilise them where they can. I am extremely grateful to both the University of Otago and the Hocken Library for allowing me to work with such an amazing collection.

This entry was posted in Authors, Historical photographs, Literature, Poets and Poetry, Research, University of Otago by Anna Blackman. Bookmark the permalink.