Hocken Album 512 has seen a busy time these past few weeks with University of Otago Art History students opting to study it for an assignment and images copied for an exhibition at Fraser Island in Australia to commemorate the part the hospital ship ‘Maheno’ and its crew played in World War One.

The album first became available to the public in 2001 when it was purchased for the Hocken Photographs Collection at a local auction.  Some years later, Sandy Callister featured whole pages from it in her book The Face of War: New Zealand Great War Photography, Auckland University Press, 2008, partly singling it out from the many war albums dominated by images from the Gallipoli Campaign because of the excellent quality of the images.  Callister also found the content and arrangement of the photographs revealing in her quest to uncover the public understanding of the sacrificial cost of the war.

The four different pages shown below include rare snapshots of life on board the HS Maheno, glimpses of people from other countries who toiled to provide coal for the mighty, steam-powered ship as it traveled to the other side of the world, and images of soldiers at ANZAC Cove. 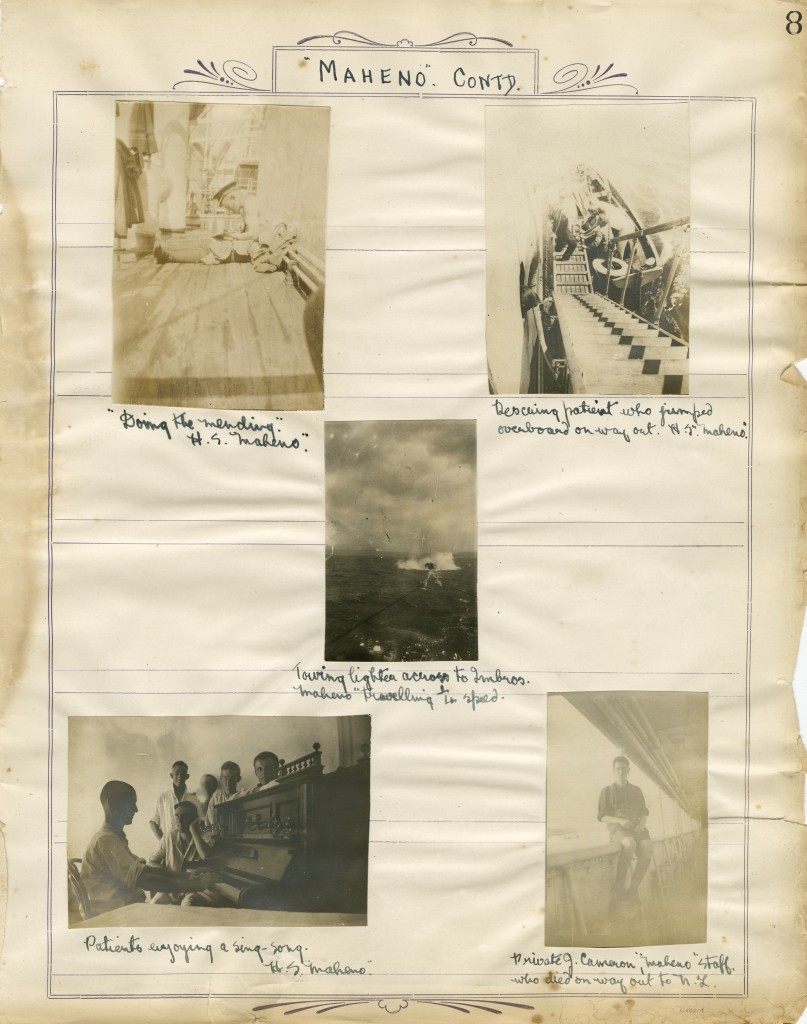 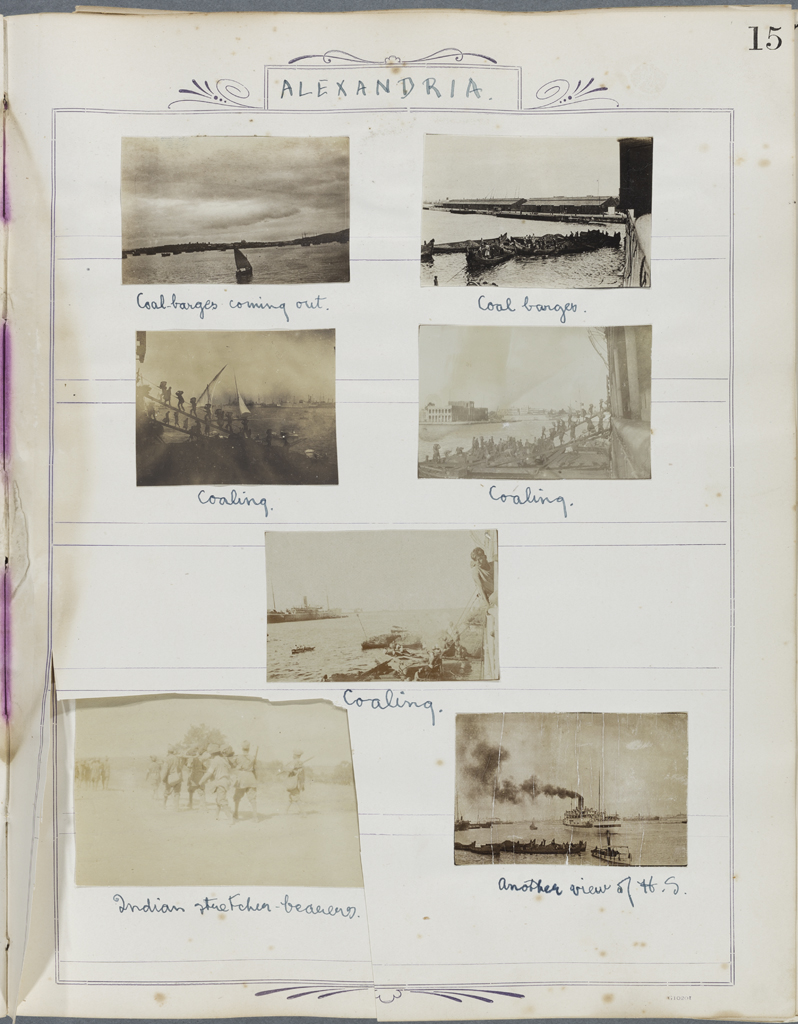 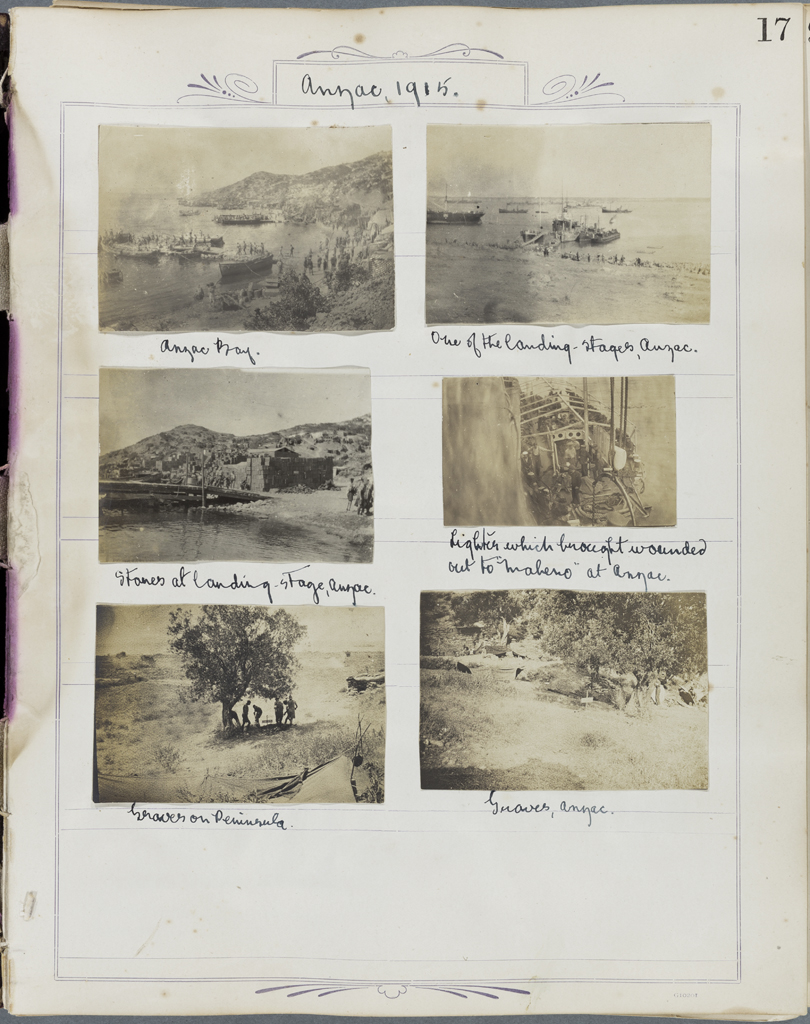 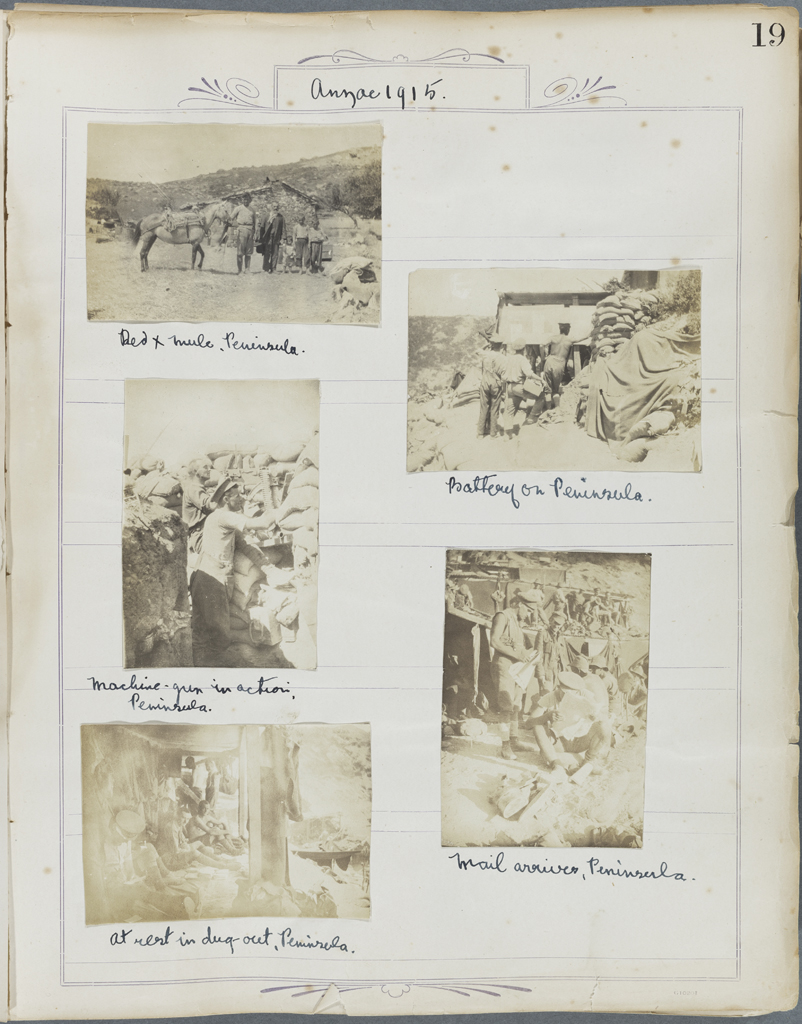 No supplementary information came with the album regarding its creator or provenance but clues contained within it have led researchers to conclude it was most likely compiled from photographs taken by Lieutenant Howard Beecham Pattrick (1884-1962).  Pattrick first enlisted as a medic in 1915 when living as a student at Knox College, Dunedin.  He later became part of the New Zealand Rifle Brigade and suffered a serious wound on the Western Front in 1917.  According to the Honours and Awards to the New Zealand Expeditionary Force (p.251)

During operations lasting several days, he displayed conspicuous gallantry and devotion to duty.  On one occasion he was blown up by a shell and badly shaken, but he declined to retire, and carried on with his men.  When all the officers had become casualties, he took command of the company, and it was largely owing to his fine and resolute leadership that the objective was quickly reached.  He set a splendid example to his men.

Pattrick was awarded the Military Cross in August 1918 for the acts described above, and was finally discharged from service on 25 November 1919.

Album 512 is available to patrons upstairs in the Pictorial Collections Reading Room under the accession number P2001-009/2.

This entry was posted in ANZAC Day, Historical photographs, Ships and shipping, World War I by Anna Blackman. Bookmark the permalink.