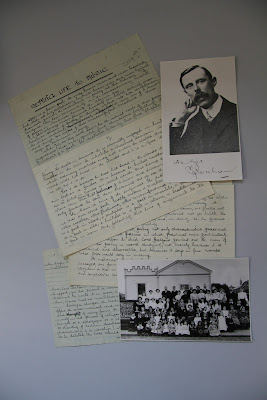 F.W. Boreham (1871-1959) is not widely known today, but in his time he sold over a million books.  Frank Boreham arrived in New Zealand from England in 1895 to become the first minister of Mosgiel Baptist Church. The young man quickly proved himself as a successful and popular preacher, pastor and writer. His sermons appeared in the Taieri Advocate and he became a regular contributor of leading articles to the Otago Daily Times. He also edited the New Zealand Baptist.  The first of his several dozen books was published before he left England, to be followed by The Whisper of God and Other Sermons, published in 1902. Many of his books were devotional in character, but they also included charming tales of people and places he had known. Boreham moved to Australia in 1906. He retained fond memories of his first pastorate in Mosgiel, which featured in some of his later books. For instance, the booklet The Bachelors of Mosgiel (1936) is a “collection of unusual love stories of crusty old bachelors never suspected of having any.” Boreham’s writing might be dismissed as simple and sentimental today, but it was also engaging, as the opening of The Home of the Echoes (1921) reveals:


Hester Spanton – Auntie Hester, as everybody called her – was the tenant of a large second-hand store and a small asthmatic body. I used at times to think that the adjectives might be regarded as interchangeable. If you had described her as the occupant of an asthmatic store and a second-hand body, the terms would have seemed perfectly congruous and fitting. Her poor little body looked a very second-hand affair. It was terribly the worse for wear, and was so battered and broken that Auntie Hester could only crawl about by the aid of a crutch. It gave you the impression that it had been bought and sold over and over again, and that, having got it cheaply, none of its owners had taken any care of it. 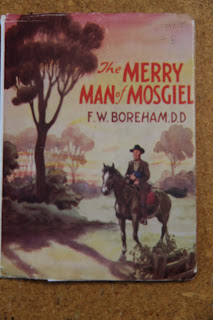 The Merry Man of Mosgiel, published by Epworth Press, London, 1936.

There is a special F.W. Boreham collection at the Mosgiel Library (described by Barbara Frame in the March 2005 issue of New Zealand Libraries), and another at Carey Baptist College in Auckland. But southerners who wish to know more of one of the best-selling authors of the early twentieth century may like to start with a perusal of the 59 individual Boreham titles held by the Hocken (some in more than one edition).  Also available at the Hocken are the Taieri Advocate and Otago Daily Times, which feature Boreham’s early journalism, and the archives of the Mosgiel Baptist Church.

This entry was posted in Acquisitions, Authors, Printing and publishing by Anna Blackman. Bookmark the permalink.

One thought on “Baptists and best sellers on the Taieri”