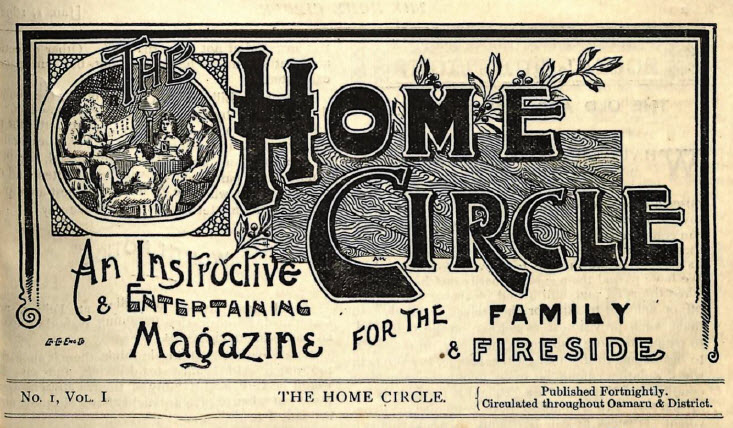 Two weeks ago we were kindly donated “The Home Circle: an Instructive & Entertaining Magazine for the Family  & Fireside”. This was the first time any of the Publications Collections Assistants had seen this particular periodical before, so it was a very special discovery.

The Home Circle was published fortnightly in Oamaru and distributed throughout the Oamaru district. The first issue was published on January 1st 1898 and included an introduction explaining that the purpose of The Home Circle was to “help foster the home life” of it’s readers as they are “convinced that the home is the seat of national strength and vitality”. The Home Circle contains “articles on Social Questions, a Column for the Ladies, a Children’s Page, “Quaint Talks” by John Blunt, Short Stories (original and selected), Records of Local Doing, Notes and Comments on matters of passing interest”. The magazine was distributed gratis for the first three months it was published in the hope that readers would be interested enough to subscribe to it at the end of March. The publication must have continued, as we hold v.1:no.1 (1898:January 1) to v.2:no.8 (1899:April 27).

The “Ladies’ Column” features such topics as; personal appearance: “the untidy member of the family who utterly disregards her personal appearance is a great trial to her friends” (v.1:no.1 1898 January 1, page 8), how to keep children away from home: “when the children run in from outdoor play on little errands of their own, don’t fail to seize on any possible excuse for detaining them in the house” (v.1:no.20 1898 November 3, page 236), unattractive homes: “One often sees a man coming home tired and depressed from his day’s work, hoping to find a little comfort and cheering at home… When he is greeted instead with a dirty house and a cold hearth, or when a sudden fit of tidiness had prompted his wife to begin to scrub out rooms late in the afternoon, then he may feel strongly tempted to put on his hat again and take the shortest cut to the public-house” (v.2:no.6 1899 March 30, page 68) and what men like in women: “they like women whose lives and faces are always full of the sunshine of a contented mind and a cheerful disposition” (v.2:no.3 1899 February 9, page 32). 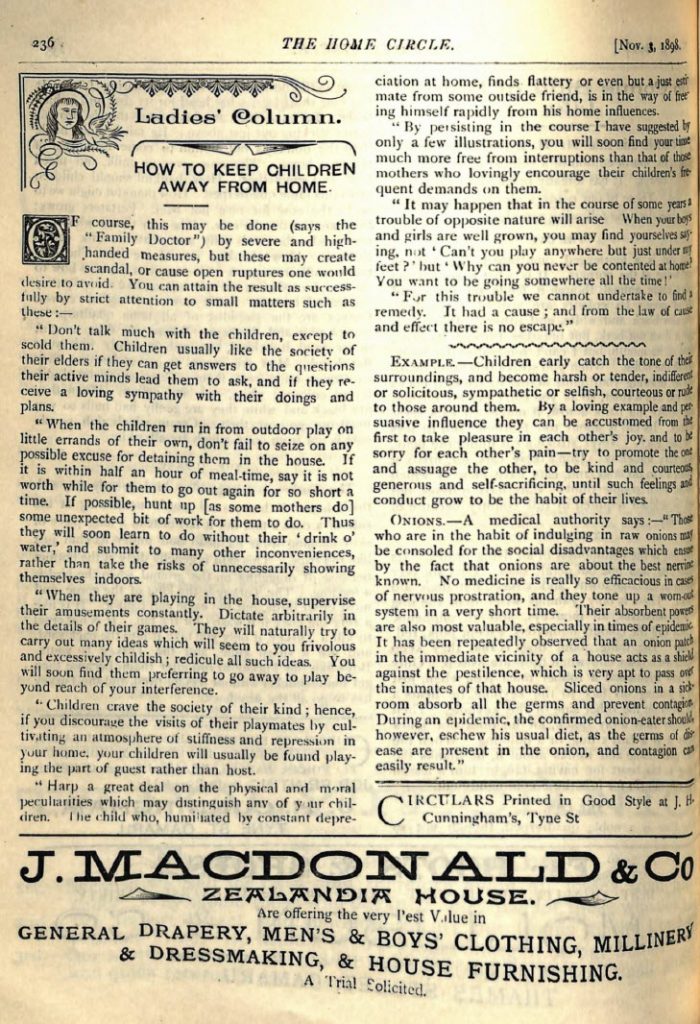 “Quaint talks by John Blunt” is another regular column with the subtitle: “A plain blunt man, I only speak right on; I tell you that which you yourselves do know”. John Blunt is a “straight forward sort of chap” who “calls a spade a spade”. Some of his musings include: “I would not give a fig for a man who is not punctual to his engagements, and who never makes up his mind to a certain course till the opportunity is lost. Those who hang back, hesitate, and tremble, – who never are on hand for a journey, a trade, a sweetheart, or anything else are poor sloths” (v.1:no.7 1898 April 28, page 79).

The “Bits of Humour” section on the back page includes jokes very reminiscent of the jokes contained in Christmas crackers, and just like on Christmas day, you can easily picture a family reading them out at the dinner table. One part of the humour column which caught my eye is called “An Interesting Love-Letter”, see attached image: 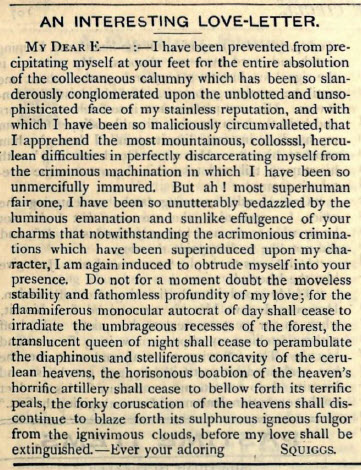 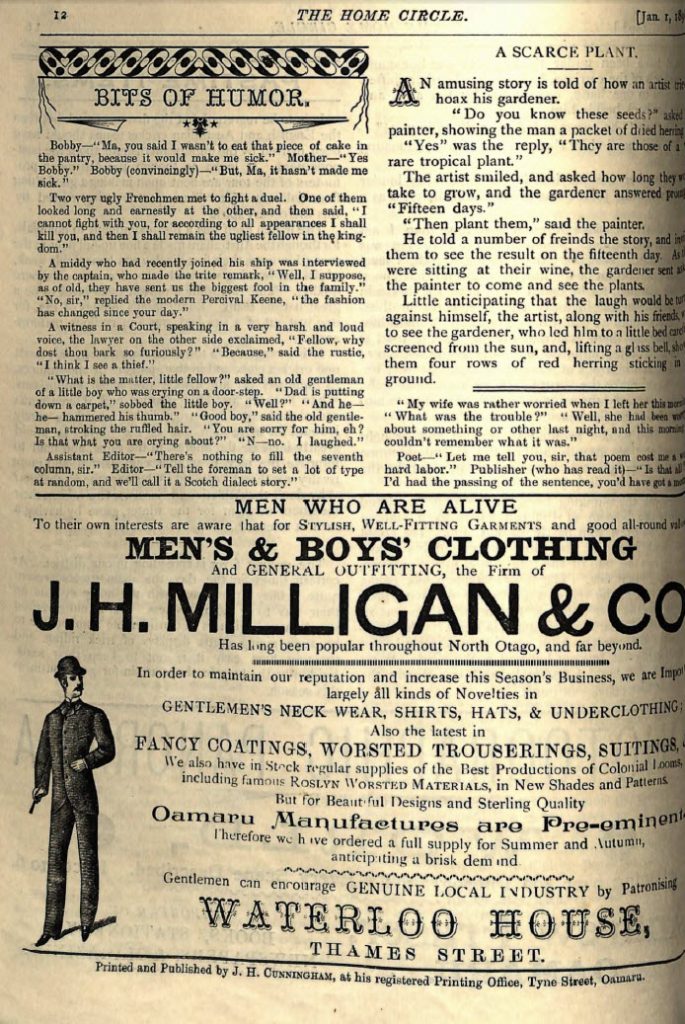 If you are interested in looking at the Home Circle or any of our other fascinating publications, archives or pictorial collections come along to the Hocken Collections! We are open from 10am to 5pm Monday to Saturday.

This entry was posted in Acquisitions, Entertainment, Magazines, journals, periodicals and newspapers, Popular culture by Anna Blackman. Bookmark the permalink.