On 15 September 1865 a special meeting was held by the Otago Chamber of Commerce at the Athenaeum building to consider whether an invitation should be extended to the Chinese to immigrate to the Otago Province to work on the gold fields. Mr W.A. Tolmie began the discussion by stating that Otago was unlikely to retain the population as it currently stood and that his experience of the Chinese in Australia was that they were “valuable colonists; were a well behaved class, and produced large quantities of gold and were large consumers”. Mr Ewan moved “that a committee be appointed to wait upon the government to urge the Executive to give an official letter or notice to the effect that the lives and property of any Chinese coming into the Province will be protected”. The motion was carried with only one member of the meeting being opposed. [1]

At the Hocken Collections we hold the archival records for the Otago Chamber of Commerce, this collection includes some of the minutes of the annual meetings held by the Chamber. In the minutes for the meeting held on the 10th of October 1865 [2], Chinese immigration to the province was commented on further:

The “leading chinese merchant in Melbourne” appears to have been Lowe Kong Meng. [12] There is evidence of his deputy Ho A Mee arriving in Dunedin in December 1865 on the South Australian to inspect the mining districts of the province. [3] [13] Five days after the Otago Daily Times had reported Ho A Mee’s visit, five Chinese passengers were reported to arrive in Port Chalmers from Melbourne on the ship Otago. [4] In the meeting the following year, on 2 October 1866, the minutes state that “upwards of a hundred Chinese have settled in the gold districts, and are working harmoniously with the European population; and as it is understood they are satisfied with the prospects offered by this province.” [6].

Settling in Otago to work on the goldfields was hugely challenging for the Chinese immigrants. Many of the Chinese had “few material resources, no mining tradition in China, and poor education (if any), which meant few were able to speak and write English”. Initially the Chinese made a good impression with the European miners and excelled at working on the land that was often already worked over and abandoned, but “European ill-feeling” grew against the miners as gold deposits declined in the late 1870s. As gold became more scarce, more fortunate miners returned to China while others moved to more urban areas to take up other occupations. [5]

Some of the Chinese miners who moved to Dunedin joined the Chinese community established in the area of lower Walker (now Carroll), Stafford and Hope Streets. This area was known as “Tongyan Gai” or “Chinese street” to some of the Chinese who lived there. [7] This area was popular because the accommodation was cheap and was also a place of work where laundries, grocers, greengrocers and fruiterers were located. [8] This area also had “minimal facilities, dirt, gambling dens and brothels” and was called the “Devils Half Acre” by Europeans [9], unfortunately this led to some negative perceptions of the Chinese community. 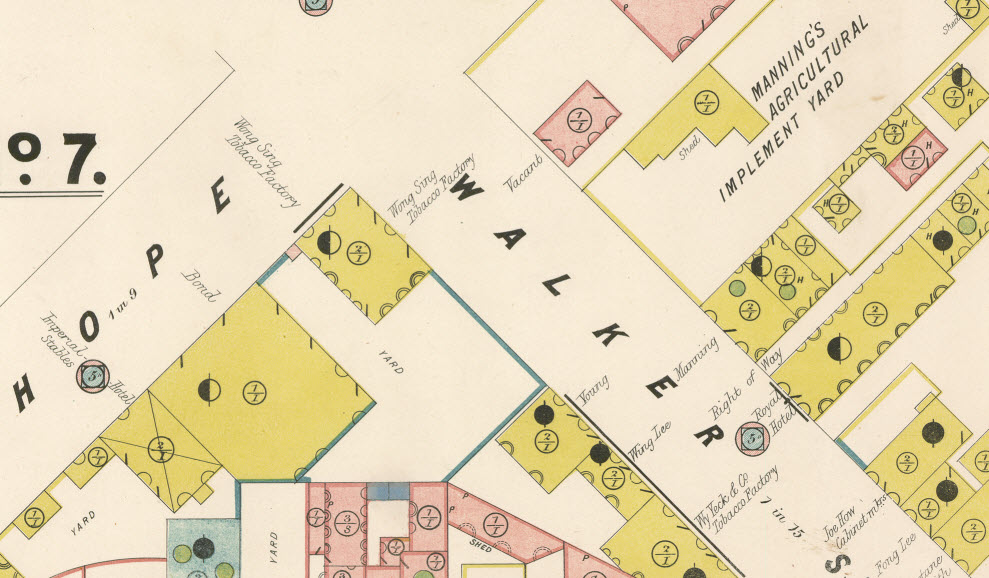 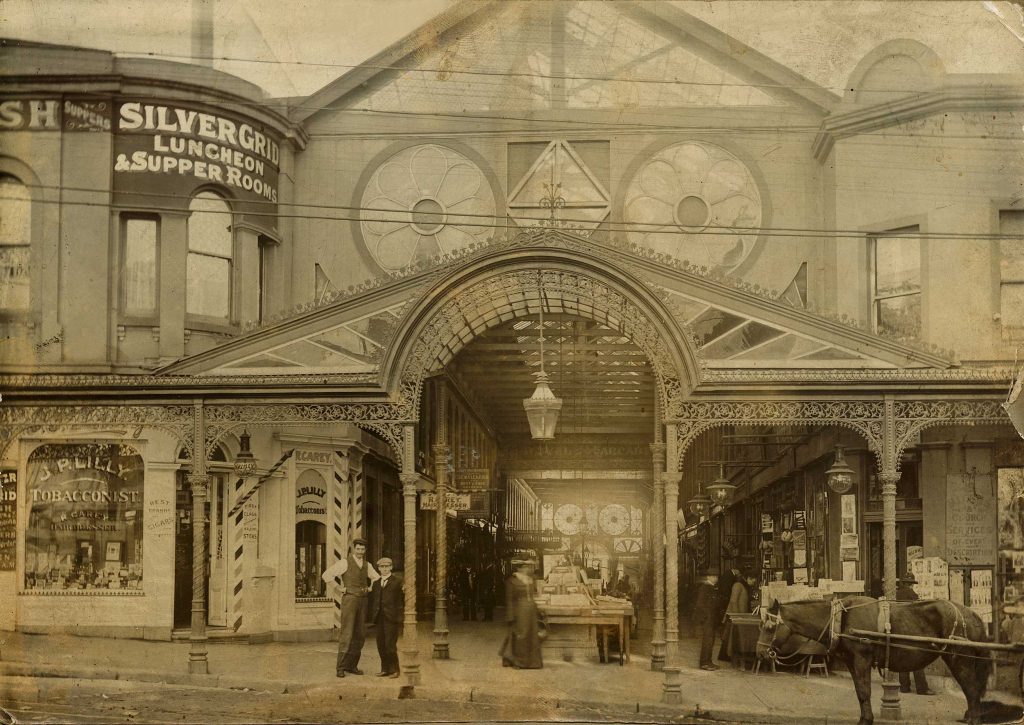 In Dunedin in the 1900s the three main occupations of the Chinese were: fruit and vegetable retailing, market gardening and laundering. All of these occupations required working long hours and could be very physically demanding. The market gardeners worked an average of nine hours a day in Winter and twelve hours a day in summer, seven days a week. By the 1890s and the 1900s Chinese market gardens were established in Sawyers Bay, North East Valley, Kaikorai Valley, Tainui, Forbury and in South Dunedin. [9]

The photograph below of St Kilda dated around 1905 shows some cultivated land where some of the gardens were located. 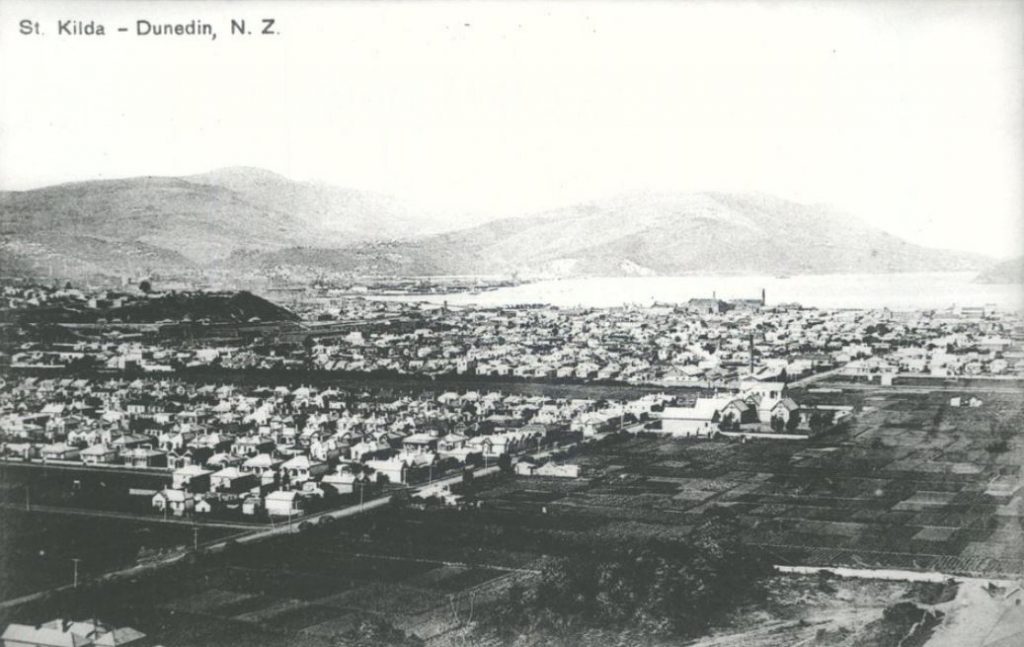 If you open this Hocken Snapshop link you can zoom in and see Chin Fooi’s laundry at 162 Rattray Street, which was established in the 1920s.

Advertisements and flyers for Chinese businesses are hard to come by, but in our posters collection we hold an advertisement for L. Gang & Co. Fruiterer that was located at 108 North Road on the corner of Chambers Street (where the Jumbo Dairy is now). According to the Stone’s Otago and Southland Directory, L. Gang & Co operated in this location from 1941 and continued to be listed there until 1945, from 1946 it became Wong & Co. Fruiterers. If you have any information about this business we would love to hear from you. 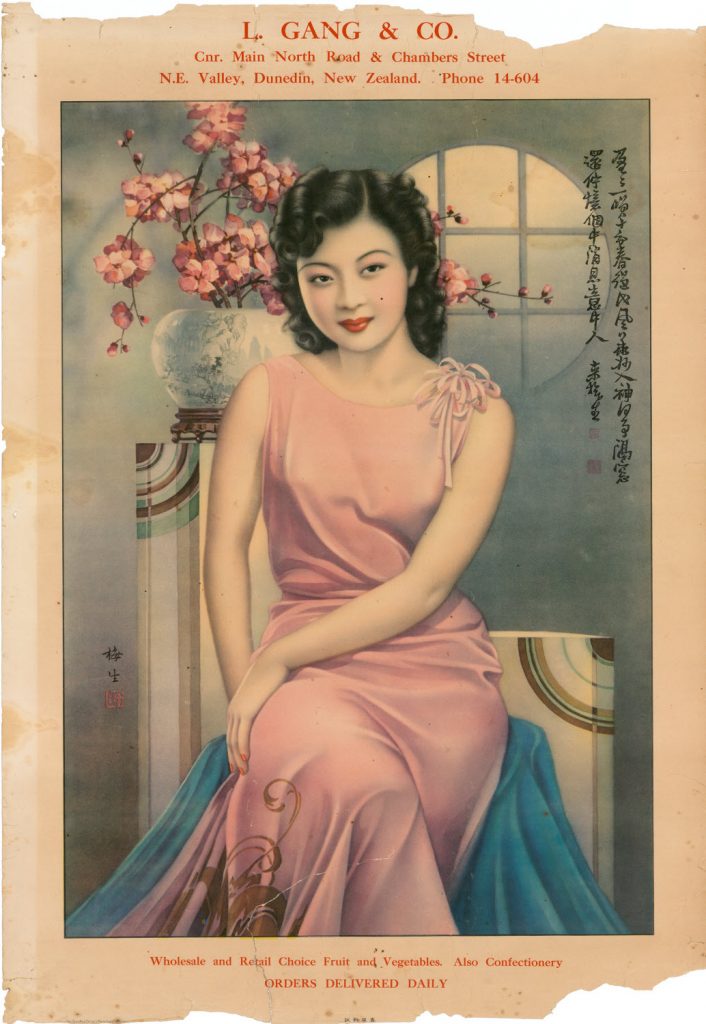 Inviting the Chinese to immigrate to Otago had a significant impact on the region as the Chinese community played a “major role in the economic and cultural development of the province” and helped establish Otago as a commercial centre. [10] It is excellent to see some acknowledgement of the Chinese community with the Dunedin Chinese Garden opening in 2008 and a Rattray Street mural depicting businessman Chin Fooi painted in 2015. [11] The history of Chinese communities in Otago and Southland is a broad and fascinating topic, if you would like to learn more, I would highly recommend reading Dr James Ng’s set of books, Windows on a Chinese Past, which we hold at the Hocken amongst other fantastic resources on this subject.

[5] James Ng, “The Otago Chinese Goldminers: Factors that helped them survive”, in Rushing for Gold: live and commerce on the goldfields of New Zealand and Australia, ed. Lloyd Carpenter and Lyndon Fraser (Dunedin: Otago University Press, 2016), 101-121.

[12] Paul Macgregor, “A Trade in Chinese Men and Supplies: Lowe Kong Meng and the organisation of the Chinese gold rush in Otago”, in Rushing for Gold: live and commerce on the goldfields of New Zealand and Australia, ed. Lloyd Carpenter and Lyndon Fraser (Dunedin: Otago University Press, 2016), 133-147.

This entry was posted in Archives and manuscripts, Ephemera and posters, Migration by Hocken Collections. Bookmark the permalink.