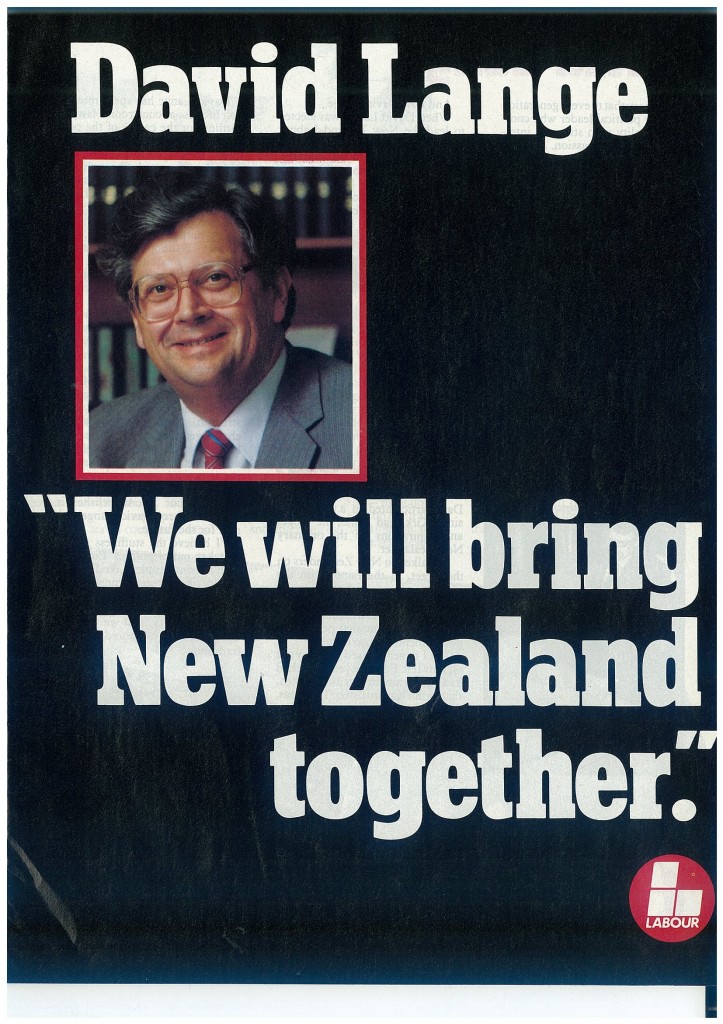 In 1966 Hocken Library staff wrote to all the candidates in the general election requesting examples of their electioneering pamphlets, brochures, and the like. Hocken staff have continued to contact all political candidates in every general election since then, and there are currently ca. 40 boxes of printed election ephemera in the library; including some ephemera from pre-1966 campaigns. This material is a rich resource for researchers of New Zealand’s election and political history that supplements the wide range of political publications and papers held at the Hocken. 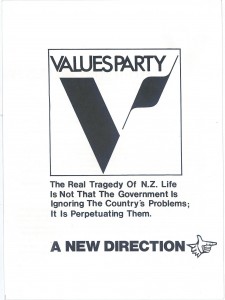 The response rate of candidates to our request is quite variable, despite the careful efforts of library staff to contact every candidate and political party. It is important to ensure that all views are represented and that material for the full political spectrum is available for current and future researchers. 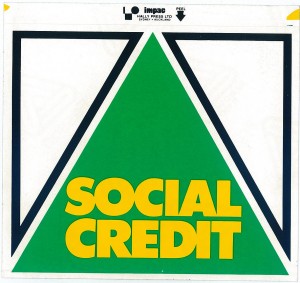 In 2014 several hundred candidates will be contacted by e-mail and asked for donations of their electioneering material. We will also be asking our fellow librarians throughout New Zealand to assist with the acquisition of this material. 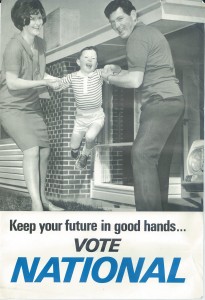 If you would like to help us by donating pamphlets, brochures, posters, stickers, etc for any of the candidates throughout New Zealand, please send material to Katherine Milburn, Liaison Librarian (Ephemera), Hocken Collections, PO Box 56, Dunedin 9054. All donations will be gratefully received.

George Malcolm Thomson was MP for Dunedin North from 1908-1914. At the time war was declared Thomson was in Wellington as Parliament was sitting. He was in the habit of writing a diary entry most days, recording a mix of parliamentary activity, letter writing and family news.

What follows are extracts from his 1914 diary, along with snaps of the original text.

The declaration of war by Germany on France and Russia was the engrossing topic of conversation today. I spent the day in the library at the Education Bill. Prof. Prince came to tea with me, & and later we went together to the Town Hall & heard a delightful recitation by Mr. Watson on “Nicolas Nickleby”. Letter from Grandma 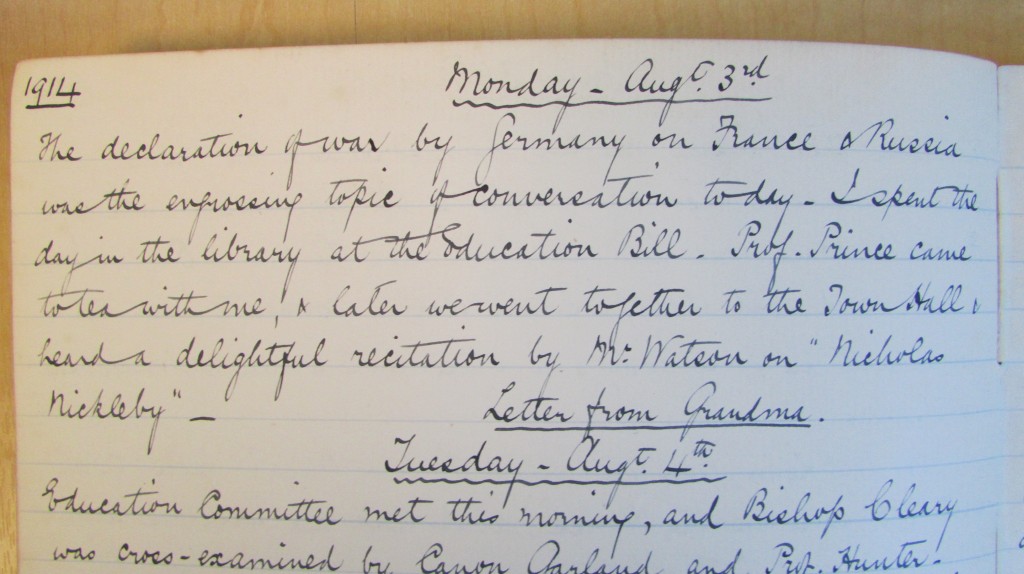 Education Committee met this morning, and Bishop Cleary was cross-examined by Canon Garland and Prof. Hunter. In the afternoon the House sat till 5 o’clock, & after getting through some work adjourned till 2.30pm tomorrow.

The atmosphere was electrical, party distinctions seemed to completely disappear, and the expected news came through at night that the Germans had violated Belgium territory & the British Army was mobilising, which amounted to a declaration of War. It is the beginning of the most appalling struggle known in the history of the world. Wrote John. 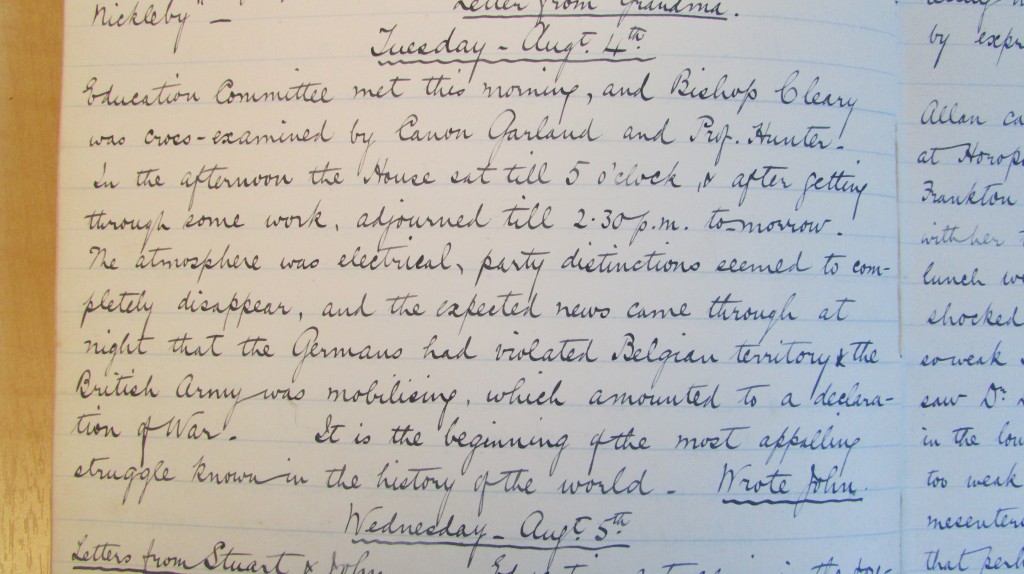 Letters from Stuart & John. Education sat again in the forenoon. In the afternoon we adjourned the House for an hour, & at 3 p.m. from the library entrance the Governor announced to a crowd of 3-4000 that the Empire had declared war against Germany. The House then adjourned till tomorrow. I went out to tea with Gertie and then wrote to Malcolm & Stuart. Earthquake shock at 9.30 p.m. 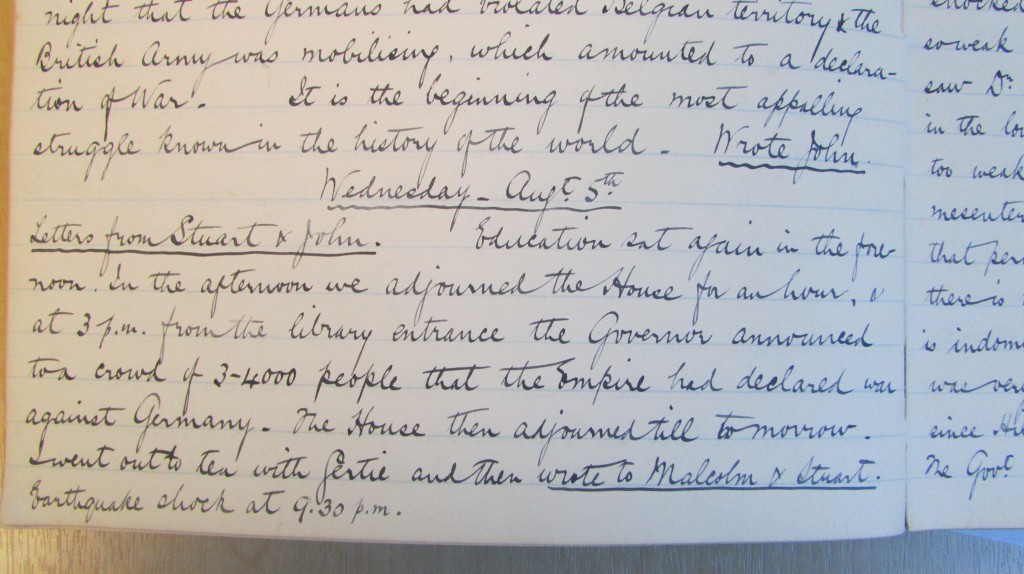 For further information on George Malcolm Thomson see the Dictionary of NZ Biography entry on him from this link>http://www.teara.govt.nz/en/biographies/2t40/thomson-george-malcolm