Posted on September 29, 2014 by Lachlan Paterson 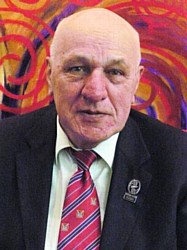 The Māori goddess Hine-kauorohia allows us to look into the stillness of her reflecting waters to see the past with clarity, gaze at ourselves in the shimmering present, and with a finger-touch, fathom a ruffled glimpse of the future.

The mauri, the life-essence, of Aotearoa New Zealand is our sense of nationhood. What is it? Who says so? I will focus on the themes of our history – Māori and Pākehā – reflecting on the hopes and promises of our partnership under the Treaty of Waitangi. I will comment especially on themes of our relationships: economic (land and people), socio-cultural (the realities of race-relations, identity and democracy), educational (the way to advantage), political (levers of power and privilege) and of course, my place as Māori in the future Aotearoa New Zealand.” – Sir Tamati Reedy 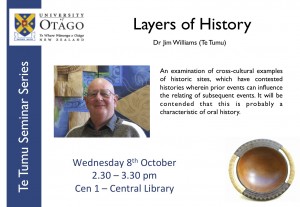