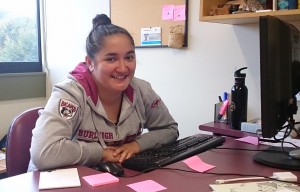 Professor Patricia O’Brien, an ARC Future Fellow based at the Australian National University is currently visiting Otago, and will be giving a seminar to Te Tumu.

In 2012  Professor O’Brien was the JD Stout Fellow in New Zealand Studies at Victoria University of Wellington, and in 2011 she was the Jay I. Kislak Fellow in American Studies at the John W. Kluge Centre at the Library of Congress, Washington, DC. From 2001-2013 she was visiting Associate Professor in the Centre for Australian, New Zealand and Pacific Studies at Georgetown University, Washington, DC. She is the author of The Pacific Muse: Exotic Femininity and the Colonial Pacific (Seattle, 2006).

Professor O’Brien will be presenting on material from a current research project, a biography on the Samoan nationalist leader Ta’isi O.F. Nelson.

Her seminar ‘The Trials of Mr Nelson: Ta’isi O. F. Nelson and Indigenous Resistance in Interwar Samoa’ will be held in Cen3 (Central Library) at 2.30pm, March 23rd.  This will be followed by tea, coffee and biscuits in the Te Tumu dining room.

We hope to see you there.