Posted on February 1, 2019 by Lachlan Paterson

Te Tumu is fortunate to have two new staff teaching at Te Tumu this year. 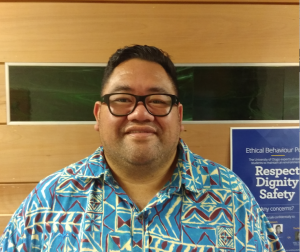 Dr Michael Ligaliga was raised in Upolu, Samoa, and attended school in both Samoa and Auckland.  He them moved to Hawai’i to pursue undergraduate study at Brigham Young University in Hawai’i, graduating in Political Science and International Peace Building.  He first came to Dunedin in 2011, undertaking a PGDipArts at the National Centre for Peace and Conflict Studies, followed by an MA.

Michael then moved back to Hawai’i where he taught at BYU-H, and was for a time the acting Director of the David O. McKay Center for Intercultural Understanding.  He then returned to Otago in 2015 to enrol in his PhD at the NCPCS, with Dr Heather Devere as his primary supervisor.  Not only is Michael the first Pacific Islands doctoral student to graduate from the Centre, but his thesis was deemed to be ‘exceptional’ (i.e. when all the examiners of a candidate’s thesis agree that the thesis is among the top 10% of theses examined.)

Michael’s research focuses on domestic and family violence through a Peace and Conflict Studies lens, and the application of Peace and Conflict theories to aspects of Pacific societies.  In particular he played with Galtung’s Typology of Violence to highlight the “invisible” nature of societal violence.  Michael will continue to pursue and publish this research while he is here in Te Tumu.

This year the university is trialing a new co-taught paper at summer school (PACR101) designed to help integrate new Pasifika students into the university lifestyle and community.  Michael arrived in January, and was straight into the classroom teaching these students.  This year he will be giving some guest lectures in PACI101 “Pacific Societies” and PACI201″Contemporary Pacific Islands Issues”, and in Semester Two he will teaching PACI410 “Pacific Leadership” and PACI310, a special topic based on his doctoral research.

Michael is pleased to be back “home” in Dunedin, as are his wife Faalima and their daughter and son, Joanie and Leahcim. 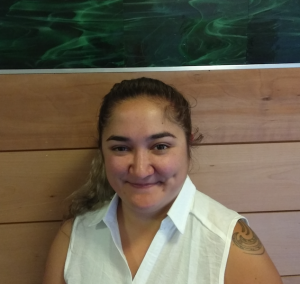 Dr Gianna Leoni (Ngati Kuri and Ngai Takoto) is well-known to almost anyone associated with Te Tumu.  She is a former Tumuaki (President) of Te Roopu Māori (in 2013), and undertook her BA(Hons) at Te Tumu, as well as her MA and PhD.  Her PhD, written in te reo Māori, looked at the use of te reo in government departments.  She has also been a tutor and senior tutor, research assistant, teaching fellow, and a co-editor of Te Kōparapara, Te Tumu’s MAOR102 textbook.

Her last position was as a postdoctoral fellow, funded by Ngā Pae o te Māramatanga (Whai Rawa theme), investigating the expression of economic aspirations in te reo Māori in the past, present and future.

Gianna has been appointed as a lecturer, and this year will be teaching MAOR311, one of our 300-level Māori language papers, and INGS501, the core theory and methods paper for the Master of Indigenous Studies programme.  She will also co-ordinate and teach into MAOR206/306 (He Pūkenga Tuhi), a Māori writing skills paper.

Gianna will continue her research from her postdoctoral programme, but is also interested in issues of Māori identity.  She sees a multiplicity of identities, and wishes to break down stereotypes of what “Māori” is meant to mean.  She believes it is important for her research to be relevant and contribute to the communities she is involved with, the local Dunedin Māori community and her hau kāinga in Muriwhenua.

In her spare time, Gianna is president of the South Pacific Rugby League and Sports Club.  The club, with a mainly Māori and Pasifika membership, now boasts 15 teams playing rugby league, basketball, softball and netball.

Posted on November 26, 2014 by Lachlan Paterson 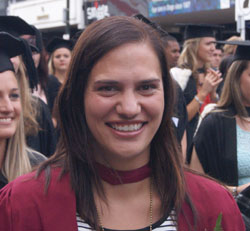 Te Tumu academic, Dr Karyn Paringatai, now has a role helping support Māori postgraduates across the university.  Following on from the great work done by Anaru Eketone (of Sociology, Gender & Social Work), Karyn has been appointed as Māori Postgraduate Student Advisor, a part-time position at the University’s Graduate Research School.  In many ways, this will be an extension of the work that Karyn has already been doing with Te Tumu postgraduates.  Click here for the Otago Bulletin Board story.

Karyn’s role is supported by funding from Ngā Pae o te Māramatanga.  She has just come back from leading a group of Otago postgraduates to Ngā Pae’s Māori and Indigenous Doctoral Conference held at Maketū Marae at Kāwhia where, I understand, everyone was blown away by our students’ presentations.