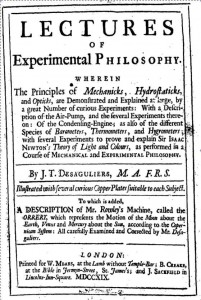 This entry was posted in Ideas and tagged Boyle, Desaguliers, experimental philosophy, Forms and Qualities by Peter Anstey. Bookmark the permalink.