Was Maupertuis an experimental philosopher? In a recent post on this blog, Peter Anstey pointed out the many ambiguities one encounters when one raises such a question. The perplexity concerns in particular the seemingly contradictory nature of Maupertuis’ contributions to the Berlin Academy: a forward-looking Newtonian in the 1730s, after he takes over the presidency of the Prussian Academy of Sciences in 1746, Maupertuis’ writings deal with stricto sensu scientific topics no more. Although an Experimental Philosophy and a Mathematics class existed in the Berlin Academy, “Maupertuis didn’t publish a single article in the Experimental Philosophy memoirs […] nor did he publish anything in the Mathematics section” (Anstey, The Ambiguous Status of Maupertuis), but only in the memoirs for Speculative Philosophy. This remark can be further generalized for, after 1746, also Maupertuis’ non-academic writings also deal with non-scientific subjects, including theodicy, the origin of language, and ethics. How can we explain such a change of perspective?

To answer these questions, it is necessary to understand what Maupertuis actually means by “experimental philosophy” and “speculative philosophy”. A key text is the academic address Des devoirs de l’académicien (1750), where Maupertuis discusses one by one the nature and the tasks of the Berlin Academy classes. Whereas experimental philosophy, Maupertuis says, studies natural bodies with all their sensible properties, and mathematics deals with bodies “deprived of the large majority of those properties” (Les œuvres de Maupertuis (ed. 1768), 3, p. 293), speculative philosophy is rather concerned with all the objects that have no sensible properties. In this sense,

The Supreme Being, the human soul, and everything relating the mind are the object of this science. The nature of bodies too, as they are represented in our perceptions, even if they are something else than these very perceptions, falls within its scope (Ibid., p. 293-294).

Maupertuis says something more on the relationship between “speculative philosophy” and “experimental philosophy” in another text of the 1750s, namely the Lettre sur le progrès des sciences (1752). Here, Maupertuis introduces the notion of “metaphysical experience” that turns out to be interesting for our present concern. If physical experiences have to do with bodies—and in the first half of his career Maupertuis focused on physical experiences—metaphysical experiences deal with the spiritual world. Would it not be possible, Maupertuis asks himself, to operate on the soul by means of physiological modifications on the brain? Likewise, would it not be possible to find out how languages are formed by isolating some children and seeing how they manage to communicate? However quaint all this might seem, it nonetheless indicates that speculative philosophy is for Maupertuis essentially intertwined with experimental philosophy. Ultimately, a large part of Maupertuis’ activity in Berlin might be described as the attempt to construct an “experimental metaphysics”.

The ambiguous status of Maupertuis

Pierre-Louis Moreau de Maupertuis (1698–1759) was one of the leading and most celebrated French natural philosophers of the eighteenth century. A competent mathematician who studied with Johann I Bernoulli, a foreign member of the Royal Society, a member of the Parisian Académie royale des Sciences and, from 1746, the perpetual President of the Berlin Académie des sciences et belles lettres, Maupertuis was one of the premier savants of his age. But, was Maupertuis an experimental philosopher?

There is no doubt that his greatest achievement was the Lapland expedition to determine the length of a degree of longitude near the North Pole and to settle once and for all the debate over the shape of the Earth. Maupertuis’ observations, in spite of challenges from the astronomer Cassini, proved decisive and the Newtonian theory that the Earth is an oblate spheroid, bulging at the Equator, was finally accepted. The expedition involved all the elements of experimental natural philosophy: instruments, teamwork, careful observations, measurement, analysis, experimental reports, etc.

The expedition took place from May 1736 to August 1737, just at the time when experimental philosophy was being enthusiastically embraced in France through the influence of Nollet, Voltaire and others. On the expedition Maupertuis was accompanied by the young Pierre Charles Le Monnier, who five years later dedicated his translation of Roger Cotes’ lectures on experimental philosophy to him. It is entitled Leçons de physique expérimentale (Paris, 1742) and in the dedicatory epistle Le Monnier says of Maupertuis, ‘no one can ignore how many discoveries you have enriched natural philosophy with’.

It is tempting, therefore, to regard Maupertuis as having vindicated Newtonian experimental philosophy over and above the speculative Cartesians and to see him as a beacon for the new methodology that gives priority to experiment and observation over premature theorizing. Who would better qualify to be a leading experimental philosopher in France? However tempting this may be, we should resist it, for, as J. B. Shank intimates (The Newton Wars, Chicago, p. 429), Maupertuis seems never to have expressed any enthusiasm about experimental philosophy. Moreover, from the 1740s his intellectual trajectory seems to take him in the opposite direction.

No doubt one of the motivations for Frederick the Great to invite Maupertuis to Berlin to head up the revivified Academy there in 1746 was to secure the services of a leading and mathematically competent experimental philosopher whose Lapland expedition was now a cause célèbre throughout Europe. The new structure of the Académie, as we have noted before on this blog, consisted of four classes: Experimental Philosophy, Speculative Philosophy, Mathematics and Belles-lettres. Each member of the Academy, apart from the President, belonged to one of these classes, and the bulk of the work of the Academy was published in one of the four sections of the Memoirs that matched the classes.

Surprisingly, a careful survey of Maupertuis’ contributions to the main publication of the Berlin Academy, the Histoire de l’académie royale des sciences et belles lettres reveals that, in spite of his scientific achievements, Maupertuis didn’t publish a single article in the Experimental Philosophy memoirs. Nor did he publish anything in the Mathematics section. His account of his famous Principle of Least Action, entitled ‘The laws of motion and of rest deduced from a metaphysical principle’, appears in the 1748 memoirs for speculative philosophy. Likewise, his ‘The different ways by which men have expressed their ideas’ and his ‘Philosophical examination of the proof of the existence of God’ also appeared in the Speculative Philosophy section in 1756 and 1758 respectively. His ‘On the manner of writing and reading the lives of great men’ appeared in Belles-lettres in 1757. Moreover, there appears to be no evidence that he ever performed an experiment after arriving in Berlin in 1746.

An adequate explanation of this ambiguous status of Maupertuis vis-à-vis experimental philosophy is likely to be complicated. It would have to reach back to some of his earliest papers in natural philosophy, such as ‘On the laws of attraction’ published in 1735, for this includes a metaphysical section on God and the inverse square law (Histoire de l’académie royale des sciences, 1735, pp. 343–62). It would also have to explore the influence of Leibniz and Wolff on both Maupertuis and others in the Berlin Academy, such as its secretary Samuel Formey. For example, the influence of Leibniz and Wolff may account for the absence of any tension between experimental and speculative philosophy in the Berlin Academy. Clearly the case of Maupertuis requires further reflection. We are very keen to hear from anyone who has thoughts on these matters. 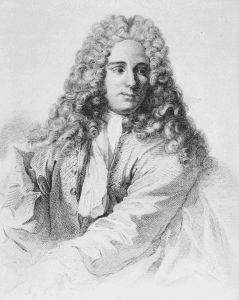