From Experimental Philosophy to Empiricism: 20 Theses for Discussion

Before our recent symposium, we decided to imitate our early modern heroes by preparing a set of queries or articles of inquiry. They are a list of 20 claims that we are sharing with you below. They summarize what we take to be our main claims and findings so far in our study of early modern experimental philosophy and the genesis of empiricism.

After many posts on rather specific points, hopefully our 20 theses will give you an idea of the big picture within which all the topics we blog about fit together, from Baconian natural histories and optical experiments to moral inquiries or long-forgotten historians of philosophy.

Most importantly, we’d love to hear your thoughts! Do you find any of our claims unconvincing, inaccurate, or plainly wrong? Do let us know in the comments!

Is there some important piece of evidence that you’d like to point our attention to? Please get in touch!

Are you working on any of these areas and you’d like to share your thoughts? We’d like to hear from you (our contacts are listed here).

Would you like to know more on some of our 20 claims? Please tell us, we might write a post on that (or see if there’s anything hidden in the archives that may satisfy your curiosity).

Here are our articles, divided into six handy categories:

1. The distinction between experimental and speculative philosophy (ESD) provided the most widespread terms of reference for philosophy from the 1660s until Kant.

2. The ESD emerged in England in the late 1650s, and while a practical/speculative distinction in philosophy can be traced back to Aristotle, the ESD cannot be found in the late Renaissance or the early seventeenth century.

3. The main way in which the experimental philosophy was practised from the 1660s until the 1690s was according to the Baconian method of natural history.

5. The ESD is operative in Newton’s early optical papers.

6. In his early optical papers, Newton’s use of queries represents both a Baconian influence and (conversely) a break with Baconian experimental philosophy.

7. While Newton’s anti-hypothetical stance was typical of Fellows of the early Royal Society and consistent with their methodology, his mathematisation of optics and claims to absolute certainty were not.

8. The development of Newton’s method from 1672 to 1687 appears to display a shift in emphasis from experiment to mathematics.

9. Unlike natural philosophy, where a Baconian methodology was supplanted by a Newtonian one, moral philosophers borrowed their methods from both traditions. This is revealed in the range of different approaches to moral philosophy in the Scottish Enlightenment, approaches that were all unified under the banner of experimental philosophy.

10. Two distinctive features of the texts on moral philosophy in the Scottish Enlightenment are: first, the appeal to the experimental method; and second, the explicit rejection of conjectures and unfounded hypotheses.

12. The ESD is prominent in the methodological writings of the French philosophes associated with Diderot’s Encyclopédie project, including the writings of Condillac, d’Alembert, Helvétius and Diderot himself.

13. German philosophers in the first decades of the eighteenth century knew the main works of British experimental philosophers, including Boyle, Hooke, other members of the Royal Society, Locke, Newton, and the Newtonians.

16. Friends and foes of Kantian and post-Kantian philosophies in the 1780s and 1790s saw them as examples of speculative philosophy, in competition with the experimental tradition.

From Experimental Philosophy to Empiricism

17. Kant coined the now-standard epistemological definitions of empiricism and rationalism, but he did not regard them as purely epistemological positions. He saw them as comprehensive philosophical options, with a core rooted in epistemology and philosophy of mind and consequences for natural philosophy, metaphysics, and ethics.

18. Karl Leonhard Reinhold was the first philosopher to outline a schema for the interpretation of early modern philosophy based (a) on the opposition between Lockean empiricism (leading to Humean scepticism) and Leibnizian rationalism, and (b) Kant’s Critical synthesis of empiricism and rationalism.

19. Wilhelm Gottlieb Tennemann was the first historian to craft a detailed, historically accurate, and methodologically sophisticated history of early modern philosophy based on Reinhold’s schema. [Possibly with the exception of Johann Gottlieb Buhle.]

20. Tennemann’s direct and indirect influence is partially responsible for the popularity of the standard narratives of early modern philosophy based on the conflict between empiricism and rationalism.

That’s it for now. Come back next Monday for Gideon Manning‘s comments on the origins of the experimental-speculative distinction.

Symposium on Experimental Philosophy and the Origins of Empiricism

Attendance at the symposium is free. However, space is limited, so we advise you to register early. To register and for information, please email peter.anstey@otago.ac.nz.

Abstracts of all papers are available here. If you cannot attend, but would like to read some of the papers, send us an email. 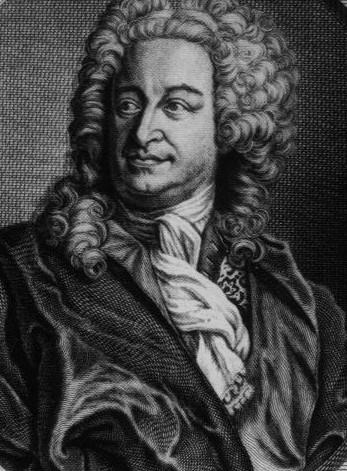