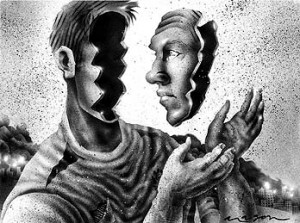 Thomas Reid and the dangers of introspection

In the upcoming symposium we are hosting here at the University of Otago, I will be giving a paper on the features of the experimental method in moral philosophy (you can read the abstract). One of the salient features of this method was the use of introspection as a tool to access the nature and powers of the human mind. In fact, some Scottish moral philosophers acknowledge introspection as the only way we can get to know the nature of our mind. George Turnbull and David Fordyce were proponents of such claims, as well as Thomas Reid. The latter, in the Introduction to his Inquiry into the Human Mind (1764) draws an analogy with anatomy where he tells us that, in the same way we gain knowledge of the body by dissecting and observing it, we must perform an ‘anatomy of the mind’ to “discover its powers and principles.” The problem is that unlike the anatomist who has multiple bodies to observe, the anatomist of the mind can only look into his own mind:

It is his own mind only that he can examine with any degree of accuracy and distinctness. This is the only subject he can look into.

Reid notices that this is not good for our experimental inquiry into the human mind, since a general law or rule cannot be deduced from just one subject:

So that, if a philosopher could delineate to us, distinctly and methodically, all the operations of the thinking principle within him, which no man was ever able to do, this would be only the anatomy of one particular subject; which would be both deficient and erroneous, if applied to human nature in general.

But this obstacle doesn’t persuade Reid to give up introspection (Reid uses the term ‘reflection’) since it is “the only instrument by which we can discern the powers of the mind.” What we have to do is be very careful:

It must therefore require great caution, and great application of mind, for a man that is grown up in all the prejudices of education, fashion, and philosophy, to unravel his notions and opinions, till he find out the simple and original principles of his constitution… This may be truly called an analysis of the human faculties; and, till this is performed, it is in vain we expect any just system of the original powers and laws of our constitution, and an explication from them to the various phaenomena of human nature.

Scottish moral philosophers were faced with this dilemma. On one hand, in order to access the nature of the human mind, they had to rely on a tool that could only examine and observe one particular mind, making the generalization of the principles discovered impossible; on the other hand, introspection was the only way to access the human mind, since by observing others we cannot gain any knowledge of what goes on in their minds, at least not accurately. The solution, consistent with the spirit of the experimental method, was to focus only on what we can experience and observe, and follow this evidence only as far as it can take us. Therefore as Reid points out, we are to use reflection with

caution and humility, to avoid error and delusion. The labyrinth may be too intricate, and the thread too fine, to be traced through all its windings; but, if we stop where we can trace it no farther, and secure the ground we have gained, there is no harm done; a quicker eye may in time trace it farther.

These comments by Reid show that even when the problems of relying on introspection were explicitly recognized, the Scottish moral philosophers still used it as their way to access the nature of the human mind. Since introspection was considered to be the only reliable way into the workings of the human mind, they had to be very careful with the use they made of it. This caution was achieved by following the methodology of the experimental method, where they could  only go as far as their observations would take them, and their conclusions had to be confirmed by the particular experience of many.  But such limits to the conclusions drawn from introspection cast doubt on the status of the exercise of reflection: could introspection really be considered ‘experimental,’ or was the justification given by the moral philosophers (Reid  in particular) just a rhetorical device? This is a problem that requires a lot more space than a blog post, but if you have any particular thoughts and comments I am looking forward to receiving and discussing them with you.