Paintings as Experiments in Natural and Moral Philosophy

About a month ago I published a post on George Turnbull’s Treatise on ancient Painting. There I briefly commented that Turnbull thought that paintings could work as proper samples or experiments for natural and moral philosophy (understood as the ‘science of man’). I want to expand on this issue in this post. 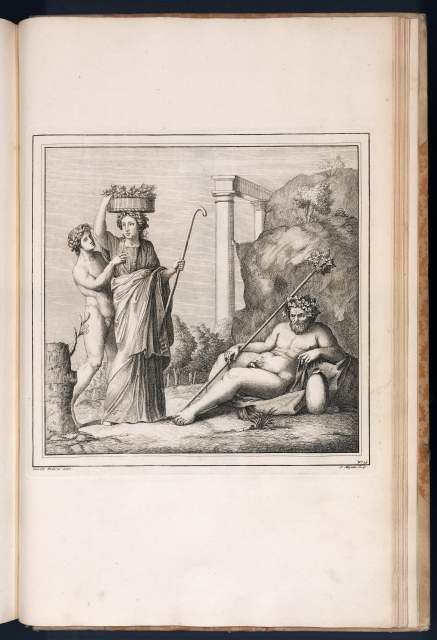 The whole of Turnbull’s Treatise, as he comments at the beginning of chapter seven, is designed to show the usefulness of the imitative arts for philosophy and education in general. After a recollection of the thoughts of the ancient philosophers on these arts, Turnbull dedicates the last two chapters of the book to sketch the reasons for incorporating the arts in the Liberal education program. This is where paintings can serve as samples or experiments.

To understand the role of paintings, it is necessary to point out a general characteristic of Turnbull’s philosophy. He believed that human beings were made to contemplate and to imitate nature, and their happiness was mainly achieved through these two activities. If we take a look and examine all our faculties and powers, we will see that we are perfectly constituted for the study of nature. We acquire knowledge through the observation of nature, and the desire to imitate it leads us to perform experiments that will enhance our understanding of it.

Nature is also the source for the work of the artist:

The Artist derives all his Ideas from Nature, and does not make Laws and Connexions agreeably to which he works in order to produce certain Effects, but conforms himself to such as he finds to be necessarily and unchangeably established in Nature. (Treatise on Ancient Painting, p. 137)

From this it follows that the paintings of an artist should represent (imitate) nature as it is in reality, following all its laws.  With this in mind Turnbull goes on to tell us that paintings in fact serve as samples or experiments for natural and moral philosophy:

Philosophy is rightly divided into natural and moral; and in like manner, Pictures are of two Sorts, natural and moral: The former belong to natural, and the other to moral Philosophy. For if we reflect upon the End and Use of Samples or Experiments in Philosophy, it will immediately appear that Pictures are such, or that they must have the same Effect. What are Landscapes and Views of Nature, but Samples of Nature’s visible Beauties, and for that Reason Samples and Experiments in natural Philosophy? And moral Pictures, or such as represent parts of human Life, Men Manners, Affections, and Characters; are they not Samples of moral Nature, or of the Laws and Connexions of the moral World, and therefore Samples or Experiments in moral Philosophy? (Treatise, p. 145)

Since the paintings are supposed to represent nature, it is impossible to appreciate them without comparing them to the original (reality). In this sense paintings will provide us with a proper sample of nature that will enhance our knowledge of it. Turnbull’s theory relies on the artist making exact ‘copies’ of nature, and only then can they serve as proper samples. In the case of natural pictures, he allows two sorts of ‘copies’: either exact representations of nature (like a photograph), or imaginary scenes, as long as they conform to the Laws of Nature. If they are not in these categories, then they shouldn’t be taken as proper samples for the study of nature, and in Turnbull’s case, not even as good works of art. Those works of art that do not imitate nature do not give us the pleasure derived from those that do.

Turnbull prescribes a parallel form of realism for moral paintings. These pictures should depict human nature as it really is, and through them we can gain knowledge of our actions and characters:

Moral Pictures, as well as moral Poems, are indeed Mirrours in which we may view our inward Features and Complexions, our Tempers and Dispositions, and the various Workings of our Affections. ‘Tis true, the Painter only represents outward Features, Gestures, Airs, and Attitudes; but do not these, by an universal Language, mark the different Affections and Dispositions of the Mind? (Treatise, p. 147)

As long as the sole purpose of the arts is to imitate nature, and all the works follow the laws of nature (even in cases of imaginary scenes), Turnbull can count them as having the same effect ‘real’ samples and experiments have.