Experience and Speculation in Geminiano Montanari

Early modern experimental philosophy was not only a British phenomenon. On this blog, we have documented its influence in France, Germany, and Italy. Many studies on natural philosophy in early modern Italy seem in line with this suggestion. They portray the Florentine Accademia del Cimento as one of the first groups “to adopt an experimental method free of speculative theoretical arguments and contentions”. However, appearances can be deceiving. As Luciano Boschiero has argued, Italian natural philosophers in the Accademia del Cimento and elsewhere did not attempt to create a merely factual, “theory-free knowledge of nature”. They all endorsed theories and hypotheses which deeply shaped their experimental activity not unlike Boyle and Hooke, self-declared experimental philosophers who also developed speculative natural philosophies. Does this mean that Italian natural philosophers had a merely verbal allegiance to the experimental philosophy? Did they live a double life, designing and interpreting their experiments in the contest of natural-philosophical speculations and concerns, but then hiding them to portray their results as authoritative and trustworthy because based purely on matters of fact, independent from any theoretical assumptions?

To address these questions, it is useful to consider the case of Geminiano Montanari, one of the most prominent natural philosophers in late seventeenth-century Italy. It is easy to find the rhetoric of experimental philosophy in his works. He explicitly praises “experimental philosophy”, the academies that practice it, and especially experience, which “alone has the privilege of being teacher”. It is from experience that we must “derive” our natural-philosophical “maxims by anatomizing, so to say, the operations of nature”. Observations and experiments must be collected in a “universal and veridical history” of the world, which will be the basis for developing natural-philosophical theories. Does this mean that, for Montanari, we should rely only on empirical facts, reason inductively on their basis, and refrain from embracing hypotheses or making speculations? 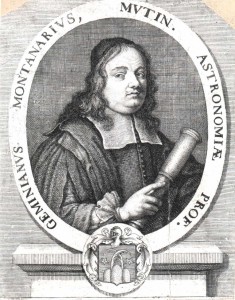 Montanari’s extensive discussions of the existence of atoms and the void indicate otherwise. According to Montanari, those questions were not settled by the experimental or observational evidence which was available at the time. However, he did not claim that we should refrain from speculating on them until we have found enough empirical evidence. Montanari speculated on those questions, but he seems to place three limits on our speculation. First, he only speculated on on what we cannot experience. As long as we can, we must rely on experiments and observations as the basis for our natural-philosophical claims. Second, we should be aware that speculations are risky, uncertain, and difficult. Only experience can give us “light”. Montanari compares discussions on the vacuum to walking in the dark. Speculative reasonings can allow us to make some cautious steps into that obscure territory. Finally, there is a good way and bad way of speculating. The bad way is that of the Aristotelians, who hastily embraced natural-philosophical principles and made demonstrative reasonings on their basis. The good way is starting from what we know on the basis of experience and reasoning from it with the aid of the principles of mechanics and geometry (which Montanari takes to be innate). Proceeding in this way, we may be establish whether the invisible corpuscles that make visible bodies are ever at rest, or whether they move continuously, even though we lack empirical evidence of their movements.

In conclusion, Montanari’s approach to speculative reasoning seems to me to be compatible with his experimentalist stance. Montanari did not refrain from speculating and framing hypotheses, but in a cautious, controlled way, always granting pre-eminence to the deliverances of the senses. His pronouncements on the vacuum and on atoms were not a betrayal of experimental philosophy.

This entry was posted in Ideas by Juan Manuel Gomez Paris. Bookmark the permalink.