Which iPad should I purchase? 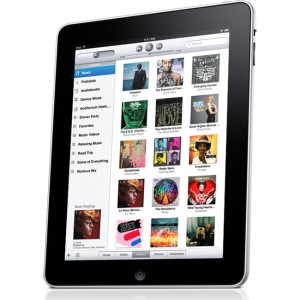 Since the release of the iPad in New Zealand earlier this year it seems more and more university departments are releasing their potential in the university environment. A number of people have transitioned to “paperless” meetings, replaced laptops when traveling, using them as mobile data collection devices or in the case of our Video Conference suite used one in place of an extremely expensive dedicated touch screen to control camera and room controls.

One question we are being asked by those new to iPads is which one of the six different models should I buy? In reality there is no “one size fits all” answer but hopefully my analysis of the various models helps you in your decision-making process.

The current price difference between the 3G and the wifi-only iPad is currently just under $210. The iPad was always designed to be a mobile device that could access information anytime and anywhere. Where I believe you really experience the benefit of a mobile device is when you don’t have to think “can I access my email/document/internet here” but rather know you can. It is also worth noting that you do not have to use the 3G ability of your iPad initially, or even at all; you can disable mobile data if you wish, or even choose not to use a sim-card in it at all.  When I purchased my own iPad you were unable to connect them to NZ telecommunication providers however the iPad itself was still fully functional. By having the ability to choose to 3G in the future if your usage changes is worth the $210 cost verses the cost of having to purchase a new device.

It is also worth noting that wifi coverage on campus, although continuously expanding, is still not available in some areas and buildings. For a staff member who is attending meetings at various locations on campus, having the ability to fall back to mobile data is a significant benefit. For those who travel, mobile data is almost essential – even overseas, sim cards with pre-paid data can be purchased for very reasonable prices, and this is strongly recommended rather than incurring heavy “roaming” charges.  However, for uses which are restricted to one area with good wifi coverage (as a data recording device in a particular lab, or a control device in a room), wifi-only could easily suffice.

The rule of thumb in IT is the most cost effective upgrades you can make to hardware is (1) more memory (RAM) and (2) more storage. Unfortunately with the iPad we are stuck with the 256mb built in RAM but we do have a choice regarding storage capacities. There are three models: 16, 32 and 64Gb.

Unless you are buying the iPad for a very specific reason where it will only ever be running one application (for example, handing out for on-line surveys, controlling equipment etc) it is my belief the 16GB is not a wise decision. 16Gb will mean that you will always be managing which applications, files and media you have on the iPad.

Both the 32Gb and the 64GB should be considered when purchasing an iPad. For those users who are out of their office on a regular basis, travel and more likely to dealing in multimedia (showing iTunes U items or promotional material while visiting other institutions for example) or large files (large building plans, multiple meeting large meeting documents) the 64GB is the best decision. For those who aren’t using it extensively for audio, video, and other large files, then the 32GB model will be just fine.

When I am purchasing a product on behalf of the university I always ask would I purchase it if it came out of my own personal bank account? In the case of the iPad I did actually purchase it myself and I went for the 64GB version because I believed it gave me the best combination of value and usefulness.