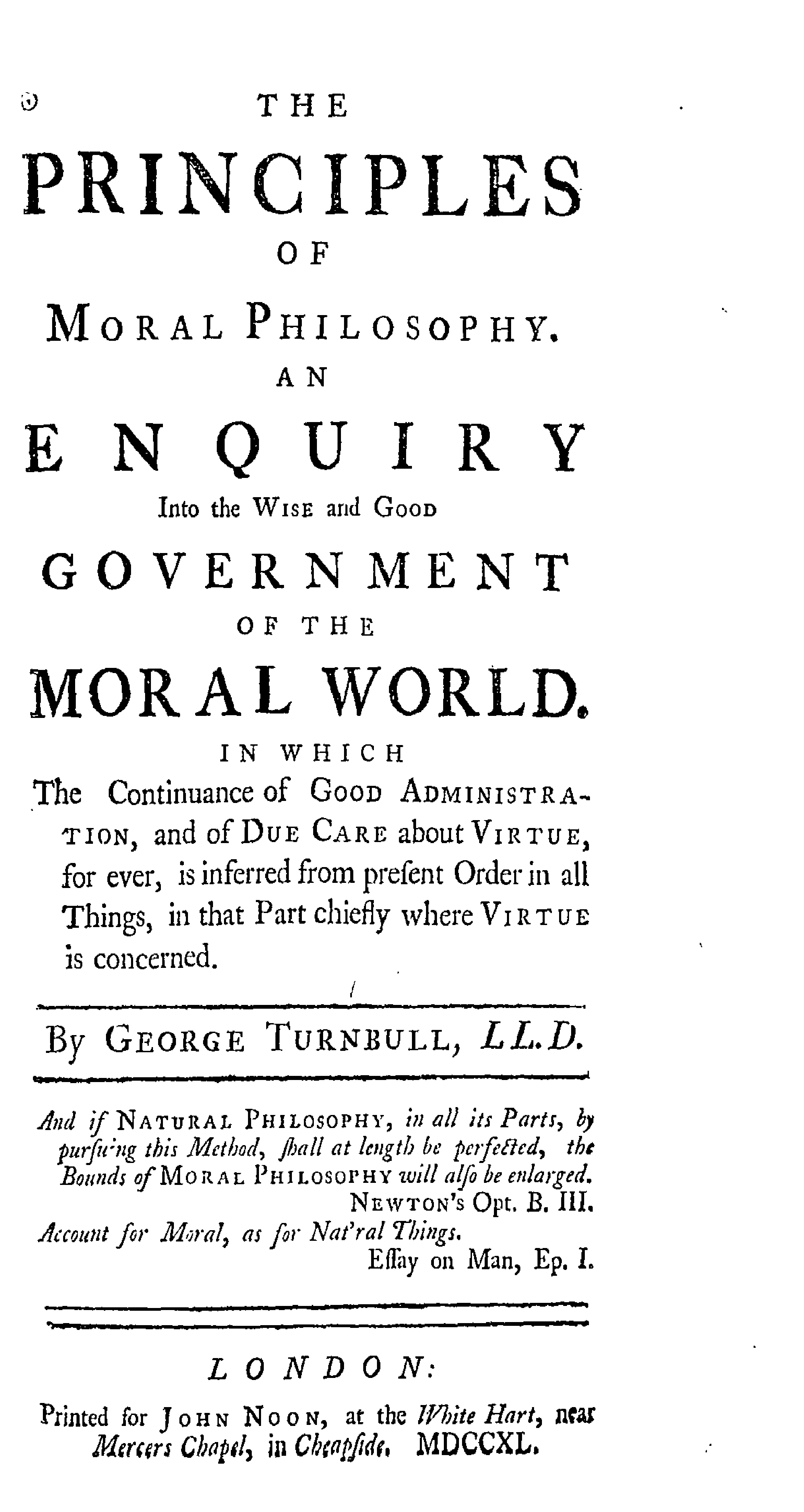 This is just a quick summary of the project I’m working on, so you can get a grasp of it, hopefully get interested, and discuss related issues with us. Our Marsden project as a whole revolves around the experimental/speculative distinction in the early modern period (see project description). My interest is to trace and study such distinction within the moral philosophers and the texts produced by them. I’m trying to find answers to the following questions:

These are just two of the questions that have come up in my research. I should point out here that I’m focusing only on British philosophers in the Eighteenth century, since it seems to be the most fertile ground for my interests. There is enough evidence to show that the British philosophers (Hutcheson, Turnbull, Hume, Reid, Fordyce) were using the language of experimental philosophy in their moral treatises, but this is a different thing from actually following the guidelines of the experimental method of natural philosophy and applying it in moral topics. And even when they were following such guidelines, the most important tool for acquiring knowledge of the “science of man” was introspection, and it is just not clear how different this is from plain speculation.

It seems that most of the eighteenth-century British philosophers (especially Turnbull and Hume) dealing with moral topics tried to fulfill the following ‘prediction’ made by Newton:

if Natural Philosophy, in all its Parts, by pursuing this [experimental] Method, shall at length be perfected, the Bounds of Moral Philosophy will also be enlarged.” (Newton’s Optics. Book 3, Query 31).

We are trying to find how far they succeeded in making moral philosophy a ‘moral science’ by following the experimental method.

At the moment I’m studying George Turnbull’s Principles of Moral Philosophy (1749), and I’ve come across many interesting findings, which make me realize how important this philosopher and teacher was for the Scottish Enlightenment, and how he has been overlooked and underrated. In future posts I will tell you more about Turnbull’s philosophy, and why I believe he is of extreme importance for understanding philosophy in the Scottish Enlightenment. For the time being I leave you with this quick description of my research, and welcome any comments or questions you have.