The Smell of Suffering: Portrait of a Street Boy

Written by Yi Li, for an assignment on ‘communicating, consuming, and commodifying evil and suffering’, in ANTH424

Street photographers visualise social suffering through their artwork. They engage (themselves and us) with unfamiliar experiences: shrinking cities, strange portraits. Photographers can function as both moralists and anthropologists. They are often spectators, often self-exiles – presenting a version of evil for others to interpret, but often also fulfilling their own sense of moral obligation.

My argument is that both the positionality of the street photographer, and the medium of the photograph, means that photos sometimes break free from the time and space, conveying a universalism of personal adversity. I use an example of street photography of homeless in Moscow to discuss this.

German photographer Miron Zownir is one of the most radical contemporary examples. His focus on marginal characters and the dark side of cities is rooted in his childhood. A Ukrainian-German who grew up in post-war Germany, Zownir as a teenager immersed himself in Eastern European literature without trusting any existing political systems or social stereotypes. His inherent interest in individualists inspired him to live in slum-like places, capturing streets with an anti-establishment attitude. 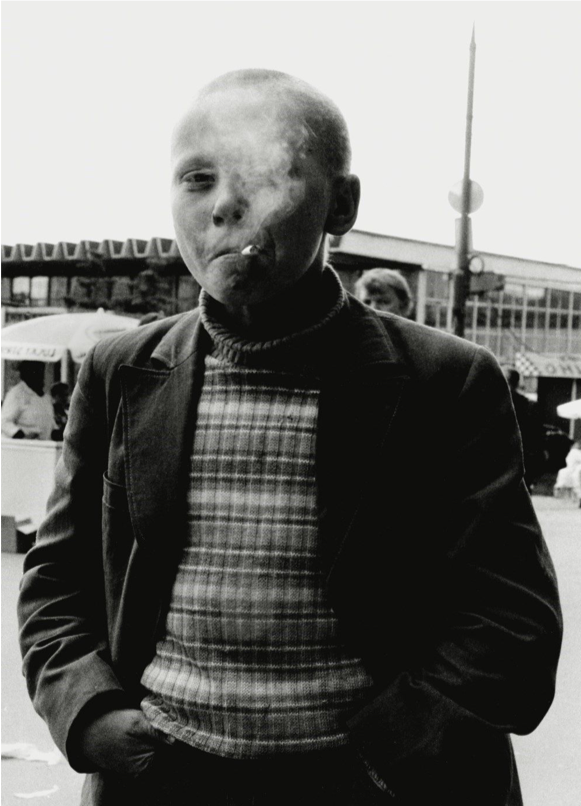 Figure 1: A Street Boy in Down and Out in Moscow. Photo by Miron Zownir in 1995

The street portrait is from Miron Zownir’s publication Down and Out in Moscow, a series of images that captured the homeless crisis in the Russian capital in 1995, after the collapse of the Soviet Union in 1991.

I noticed the smoking boy with an adult expression to his cynical appearance when I first came across it in 2018. It is somehow different from the other challenging photos in his book. Momentarily, the encounter between Miron Zownir and the boy constructed a story about how individuals were abandoned by society. The diffusing cigarette smoke in front of the boy seems to allow me to smell the evil that permeated the city.

Kleinman & Kleinman (1996)[i] discuss the moral implications of photographs, through contextualising engagements within creators, audiences and images.

Zownir’s photographic experience runs through the technical transition: turning from black-and-white film to digital photography in the post-modern era. This photo was captured in a classic form, of black and white portraiture displayed in gallery spaces, and print journalism (books, and magazines). But it is worth noting that the extended agency of photographs can shift, depending on medium, from a momentary, regional realm to a worldwide standing discussion, through different forms of reprinting and representing.

How different would the viewers experience of this boy’s suffering be, scrolling past a small version in a social media feed? Touching his face on a tablet?

Anthropologists may ask: what is the basis of a photographer’s sense of moral obligation to take photos on streets?

Street photography concentrates on people and their behaviour in public, thereby also recording personal history: though without formal consent, and with the combination of spontaneity, outsider perspective, and private exploration. These subjects of circumstances are generally unaware – either stared at or ignored until they were documented. Street photography uses these collected narratives to define cultures or places, with no duty to serve a larger whole, and no limitation on how they reconstruct these places[ii].

Kleinman & Kleinman considered that photographers represent individual suffering as part of social experience, for others to access – whether these are extreme or ordinary forms of suffering. But as anthropologists, they caution that “there is no timeless or spaceless universal shape to suffering,” (1996, p:2). 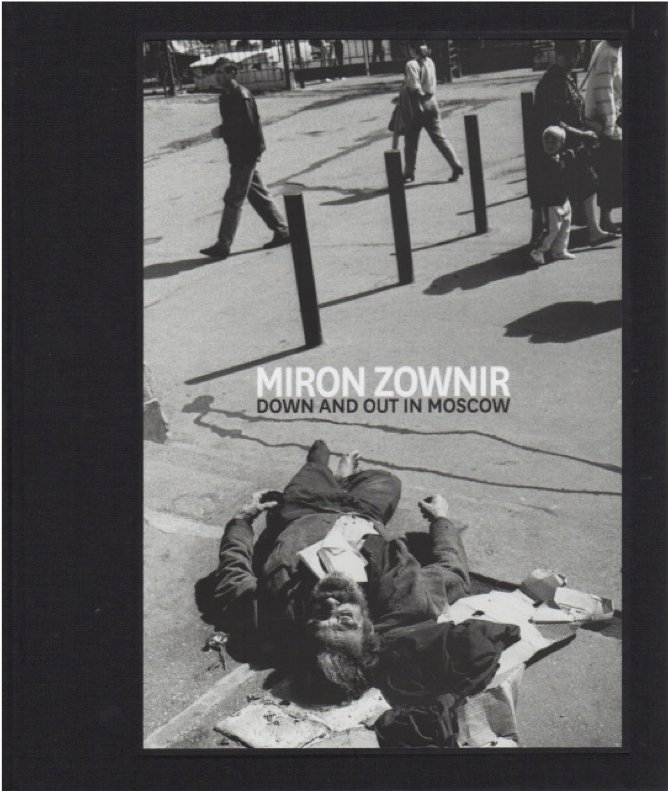 In Down and Out in Moscow, Miron Zownir photographed death, sin, and a harsh lived reality. Underlying the powerless state, the rampantly violent proliferation pushed Moscow to become a hotbed of criminal forces in the 1990s; “the most aggressive and dangerous city, … people were dying right there on the street”.[iii] Such tension immediately changed Zownir’s original mission: to document Moscow’s nightlife with three-month project funding from a photographic committee.

Suffering is one of the existential grounds of human experience, and Kleinman & Kleinman suggest that moral witnessing also must involve a sensitivity to others, albeit with unspoken moral and political assumptions. Still functioning as a photographer, Zownir did not tend to query the government, or alter Moscow residents’ condition – but instead chose to live briefly in this shadowed twilight zone, to experience the nightmare.

Individual into the Universal: Reflexive Appreciation against the Silent Oblivion

How can we perceive a stranger’s suffering as universal? Here, a street boy’s sophisticated body language is beyond verbal expressions: dressing in a suit over a horizontal striped turtleneck sweater, his hands are hidden in his pants pockets like a social youth. He looks indifferent to the surroundings and unmoved by the photographer. He is clothed, unlike many beggars, and yet he was banished to a community where no-one had a home. 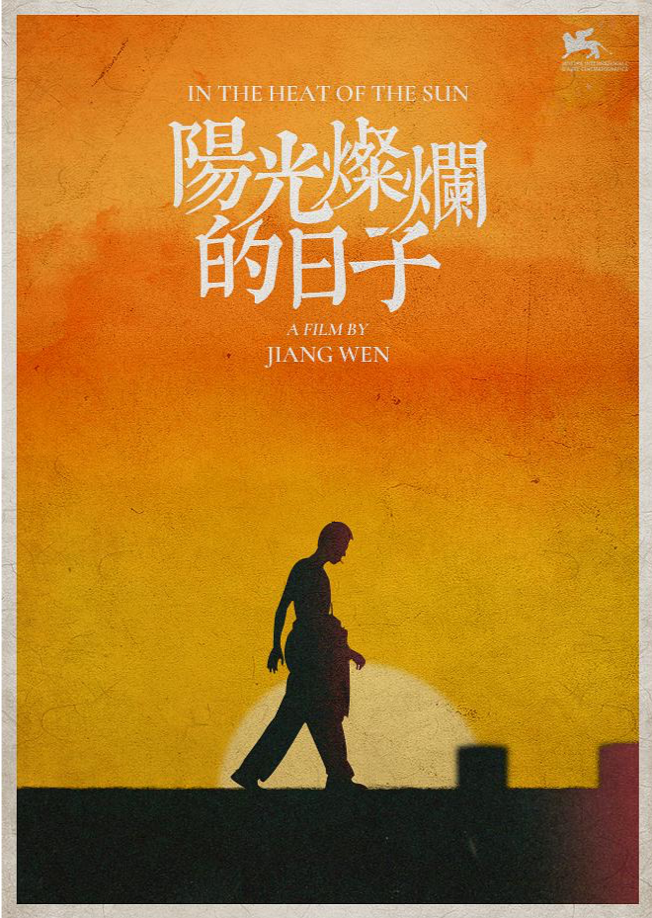 This portrait reminded me of the 1994 film In the Heat of the Sun. The film is based on Chinese writer Wang Shuo’s novel Wild Beast, which is set in Beijing during the Cultural Revolution, and tells how a teenage boy and his friends are free to roam the streets day and night in a period in which all the social and educational systems are extremely non-functional. Both protagonists are undergoing suffering – the film an example of the way their individual experiences can be abstracted and universalised, for the consumption of a wide variety of audiences. Yet this this also shows us how images and films can provide an insight into personal suffering that is usually invisible – although the harsh realities behind the lives they represent often go on unchanged.

The unwitting suffering of Zownir’s street boy is entangled with the political unrest in Moscow. But as a photograph, it also exists apart from the historical context: “a professional transformation of social life […] a constructed form that ironically naturalised experience.”[iv]

The frame itself cannot communicate this context. Yet it can communicate something else – the universality of human feeling event amidst diverse and ethically incommensurable [v] societies. Perhaps this is the power of portraiture – indeed the seminal psychological research of Ekman, and others, has asserted that emotional expression on faces is universal [vi] – meaning that moods and feelings may at times transcend cultural limitations, an idea often grappled with in the anthropology of emotion.

Conclusion: photography as a container of truth and imagination

Miron Zownir wrote in his poetry: When the earth returns with a thousand sunsets, the truth of the universal is darkness.[vii]

Photography blurs social facts, but seals emotions. Whether the boy would recognise the chaos, ignorance and madness that Zownir’s book communicates, in his free childhood in post-collapse Moscow, cannot be known. Yet seeing this photo as a cultural artefact, we can recognise that both the photographer and the audience as complicit in reproducing and politicising fragmented histories in photography. The photograph becomes a container for these forms of imagination.

Several years later after this photo was taken, when Miron Zownir was back in Moscow for his upcoming exhibition, the city’s exterior had been cleaned up. The silent responses of audiences standing in front of an enlarged version of this photograph, seemed at a vast remove from its original context. What meaning, what comfort, did it hold then? Yet the world still calls for images, as ‘the mixture of moral failures and global commerce is here to stay’ (Kleinman & Kleinman 1996: p. 7).