Gouty arthritis – what you eat, who you are, or somewhere in between? 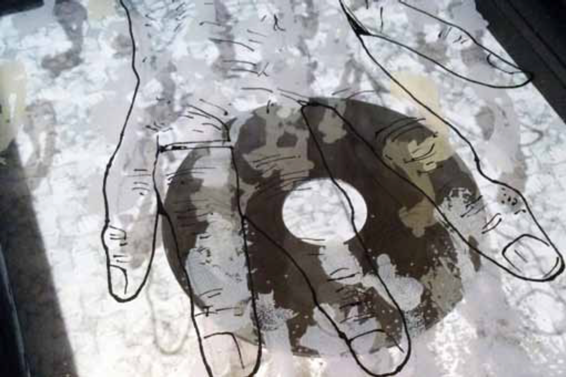 What do most people think of when they hear the word gout? I used to think of a pain that old, fat, white men from the olden days suffered from. But I was wrong. Yes, gout is painful. If you have a gout attack or flare-up you will suffer pain “that feels like a thousand needles stabbing you all at once”. But it can affect anyone, of any age and any ancestry, and it’s still a problem now.

For a long time people noticed that gout seemed to happen more commonly in those who regularly ate meat or seafood, drank beer, or were overweight. Hence it was historically known as “the disease of kings” or “rich man’s disease”, since poor people did not have the resources for such decadence. The stigma attached to gout means that sufferers don’t always go to the doctor about it, in case they won’t be taken seriously or will be blamed for their unhealthy lifestyle.

But in recent decades, research has shown that there are genetic factors at work as well.

A new study carried out by Professor Tony Merriman, Dr Tanya Major, and Ruth Topless of Otago Biochemistry and Professor Nicola Dalbeth from the University of Auckland, has caused some excitement among the gout research community. Tony and his team have unearthed data that suggests diet might not be as important as genes in the development of gout.

To explain what they did to come to this conclusion, we first need to understand a little about the underlying biochemistry of gout, specifically about urate.

Urate is a chemical that our bodies make when we break down food, a perfectly normal thing that our bodies do every day. Urate collects in our blood and is filtered out by our kidneys; we get rid of urate in our urine (both words come from the Latin urina).

But when something goes wrong in this usually nicely balanced system, and either too much urate is made, or not enough urate is excreted, then urate builds up in the blood. And what does urate do when it’s highly concentrated? The urate molecules stick together to make crystals, and these crystals settle in your joints. This is when gout kicks in. 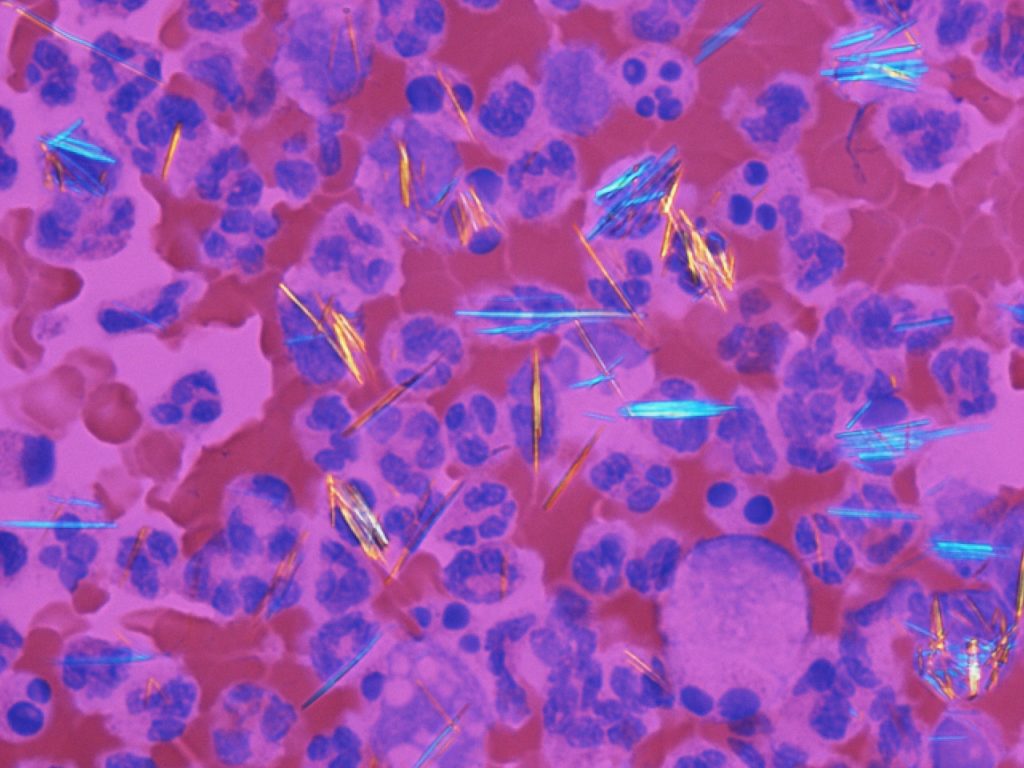 When the microscopic, needle-like urate crystals form, this understandably upsets your body. It triggers inflammation, the body’s usual response to disease-causing microbes or cell damage. You experience this as swelling and intense pain that comes and goes.

Doctors treat the pain and symptoms of gout attacks with anti-inflammatory drugs. They also recommend lifestyle changes and prescribe drugs such as allopurinol to reduce levels of urate. If your gout is left untreated, you can develop ‘tophi’, which are swollen lumps of urate crystals, especially on your fingers and ears. 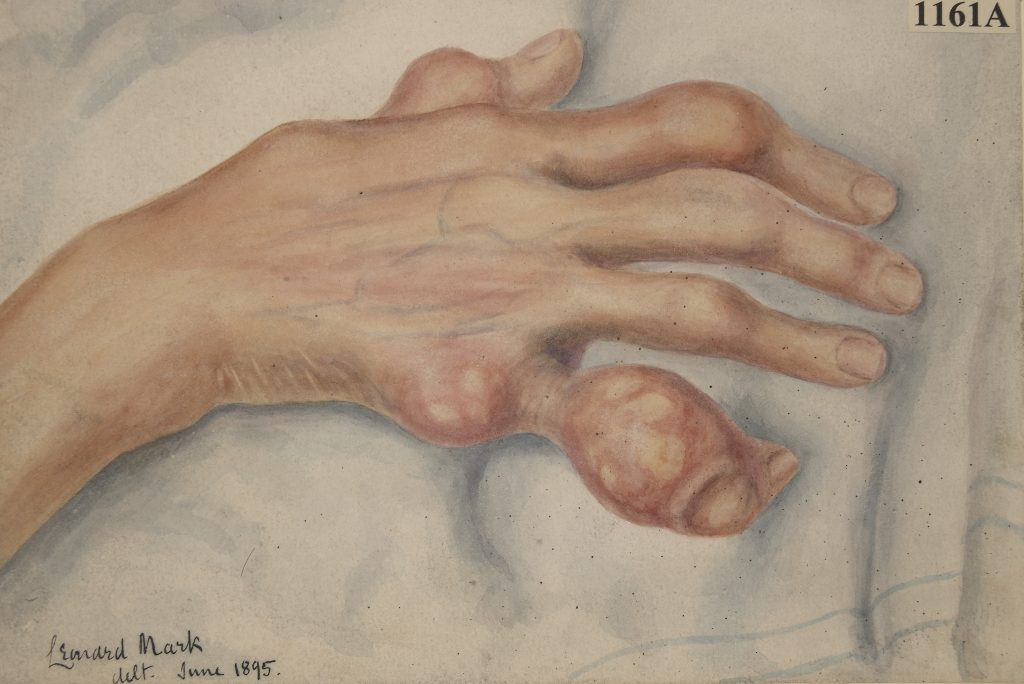 Drawing of the right hand of a woman suffering from chronic gout with tophi on the fingers (St Bartholomew’s Hospital Archives & Museum, Wellcome Images,  CC BY 4.0, from Wikimedia).

So how do you develop high levels of urate in your blood in the first place, and what can you do to avoid it?

It’s all to do with the balance between making and excreting urate. Both genes and environment can change this balance, but it has been unclear how much each of these two things contribute to high urate levels in the blood.

The best way to answer this kind of question would be to set up a new, interventional study: recruit tens of thousands of people, split them randomly into groups that have to eat different kinds of foods, and measure their urate levels and any gout symptoms they develop. Unfortunately, this sort of study is eye-wateringly expensive and complicated to set up, usually well beyond the means of many academic researchers. Fortunately, there is another alternative.

Giant medical studies have already been carried out that closely monitor the health of thousands of people for years.  Researchers can piggy-back off these studies, mining them for precious data that can give clues to all kinds of ways that our bodies work. These “prospective cohort” studies fall under an area of research called epidemiology (https://www.cdc.gov/ophss/csels/dsepd/ss1978/index.html), which is finding out about the frequency and pattern of health events in a population. 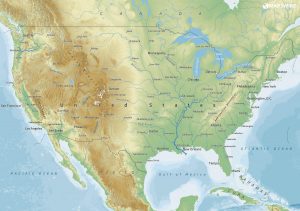 Tony and the team chose five of these studies from the United States. The studies used were:

At the beginning of each of these studies, researchers collected a whole lot of information about each participant – age, gender, ethnic background, and all of their health problems. They had health examinations including blood tests to determine their physiological and biochemical states, such as disease, mineral content, and organ function.  The participants filled out food frequency questionnaires, where they had to answer up to 126 questions on how often they ate particular types of foods. Plus, four of the studies carried out whole-genome genotyping of their participants.

Hold on, whole-genome what?

Mostly, genes are the same for all people. However, there are some parts of some genes that can be different in different people. In genotyping, researchers find out what variation a person has at these specific positions. When you carry out whole-genome genotyping, that just means that you sample thousands of these genetic positions that are known to vary, across all of a person’s genes.

From the extraordinary gold mine of data provided by the five big studies, Tony and the team put together their own super-dataset. They grabbed the dietary data and urate levels for 16,760 people (about 50:50 male and female), plus gene variant data for participants (only available for four out of the five studies). With the genetic data, they specifically looked at 30 gene variants that had been shown in other studies to be associated with either high or low urate levels.

Tens of thousands of people needed to be included in the analysis for a statistically meaningful result.

In their dataset they only included participants of European ancestry aged 18 or over, and who didn’t have gout when the data was collected. Why not people with gout? The researchers decided a lot of these people would have already been on urate lowering medications, and therefore these urate measurements would have skewed the results of the analysis.

The team then used some standard statistics tools (multivariable linear regression analyses) on their giant dataset to figure out if, and how much, the different foods and different gout-related gene variants were associated with high urate levels.

The ins and outs of regression analysis are way beyond this blog, but put really simply, you plot all the data on a scatter graph, and you draw a line through those data which summarises it. Then you can figure out how closely the data actually matches that line. (You can find out more about the basics at Kahn Academy).

After a lot of number crunching, it turned out that the participants that ate lots of a list of seven types of foods and drinks, including beer, liquor, wine, potatoes, poultry, soft drink and meat (beef, lamb, pork), were also likely to have high urate levels. Participants who ate lots of eggs, peanuts, cold cereal, skim milk, cheese, brown bread, margarine, and non-citrus fruits were more likely to have lower urate levels. 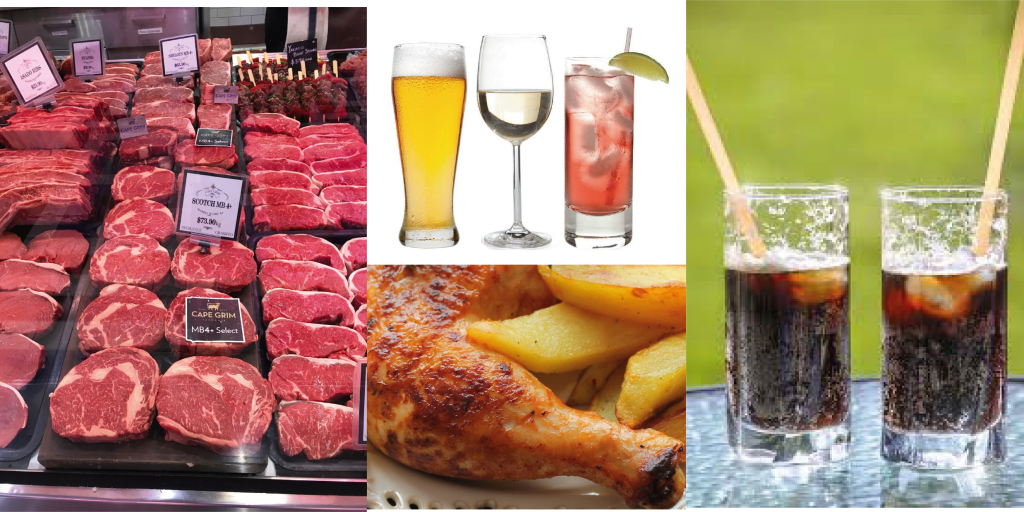 So far, so good. These findings pretty much confirmed the food-urate level associations that had been found in other studies. Likewise, 21 of the 30 gene variants they looked at were associated with high urate, and two with low urate.

But how much did the different genes and foods contribute to associations with either high or low urate levels? The team used something called an R squared value, or the “proportion of population variance explained” as a measure of effect in this case.

When they added together the R squared values for the foods associating with high or low urate, this explained 3.28% of the variation seen in the urate levels of all the people they studied. But doing the same for the 30 genetic variants explained 8.7% of the variance in urate levels.

This important finding suggests that maybe the blame for gout should shift a little more onto what genes a patient was born with, and away from what they eat.

It’s important to note that because of the nature of the studies that the data was taken from, it is not possible to say that any of these factors cause high urate levels, you can only conclude that they are associated. And it is not possible to use the study to draw any definite conclusions about causes of gout in people actually suffering the disease, especially in populations other than those of European ancestry living in the USA.

The researchers also battled with pooling the data from the five different food questionnaires together. For example, some studies asked participants about their consumption of peanuts, peanut butter, nuts, and seeds in a single question, others asked about nuts and peanuts separately.

It is, however, a really interesting result, and like any good experiment, leads to further questions and more studies.

Tanya, the first author of the study and an Otago Division of Health Sciences Career Development Fellow, explains.

“This is the first step of our project. The research now needs to be carried out among people with gout. We cannot say for certain that there won’t be a greater influence from diet in the urate levels of those people.”

“However, for diet to explain so little of such an essential component in the cause of gout is an important finding.”

A giant international genome-wide association study (GWAS) is also in the works, the biggest ever carried out so far for gout. It will compare the genomes of ~100,000 gout patients with millions of ‘healthy’ controls to find every single gene variant associated with gout.

The researchers are also interested in finding out what triggers a gout flare-up once a patient has gout.

Ultimately, they aim to use these studies to improve gout treatment and quality of life for gout patients.

This entry was posted in Uncategorised and tagged epidemiology, gout, Merriman by Miriam Sharpe. Bookmark the permalink.