Bringing lysosomes into the limelight: What happens when they don’t work and what are we doing to fix this? 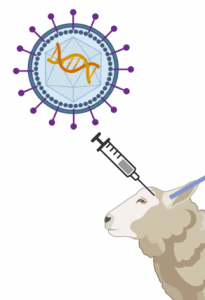 An article written for The Sheet by 300-level Biochemistry student Rose Harper.

A groundbreaking gene therapy for the childhood neurodegenerative disorder Batten disease has been created by researchers in the Biochemistry department at the University of Otago, and they have not stopped there.

This year, the 300-level biochemistry class had the privilege of learning about Batten disease from two pioneering researchers: Dr Stephanie Hughes and Dr Lucia Schweitzer. These two researchers at the University of Otago are advancing our understanding of Batten disease and working to develop a cure.

Batten disease is a neurodegenerative disorder caused by inherited mutations in the DNA. It is autosomal recessive and relatively rare, occurring in six out of every 100,000 births in New Zealand. The disease affects children, which is characterised by symptoms like seizures, blindness, dementia and motor problems. These symptoms worsen over time and are ultimately fatal. While there are some treatments available to control symptoms, there is no forever fix for the disease.

Lysosomes don’t usually get as much attention as other organelles, but they are a sole focus of Dr Stephanie Hughes and Dr Lucia Schweitzer. This is because they are the organelles affected in Batten disease. In a healthy cell, lysosomes act as recycling centres. They have enzymes that break down unneeded or damaged materials and things taken up from outside the cell. In Batten disease, mutations occur in the genes encoding the enzymes, transporters or other proteins required for lysosomes to function. There are 13 of these genes, called CLN genes. Mutations in these genes makes the cell unable to break things down, leading to a decline in cellular function and eventually cell death. 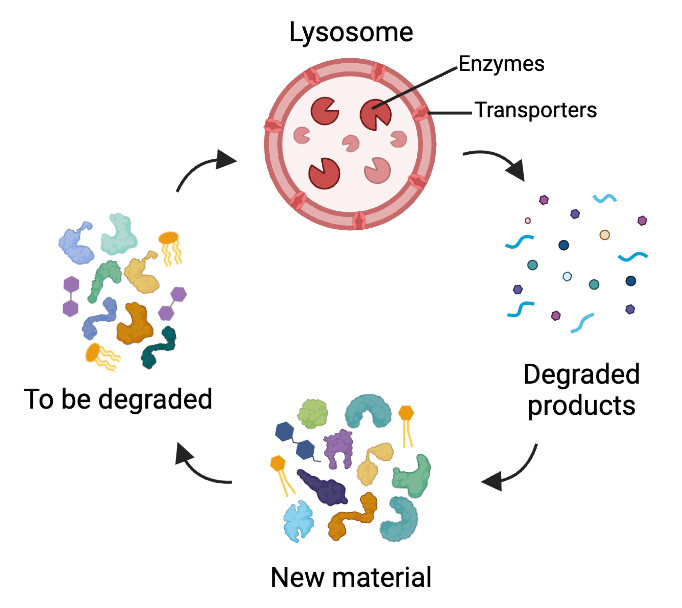 The lysosome recycling process. Made in BioRender.

Lysosomes are essential for neurons. They help maintain neuronal health which is crucial because once a neuron dies, it usually cannot be replaced. Lysosomes also control a neuron’s synaptic activity by controlling the breakdown of neurotransmitters. Mutations that make the lysosomes in neurons dysfunctional have drastic effects on neurons, and this is why Batten disease is a neurodegenerative disorder. As more and more neurons are lost, the symptoms of the disease worsen. This means that children with inherited mutations in CLN genes need to be treated early to prevent their neurons from degenerating. 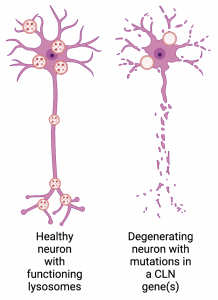 Difference between a healthy neuron and a neuron with a mutation in a CLN gene(s). Made in BioRender .

The 13 genes that can be mutated in Batten disease encode proteins with different functions. Because of this, there is no one-size-fits-all gene therapy that would treat all CLN mutations. Dr Stephanie Hughes and Dr Lucia Schweitzer have been investigating specific CLN genes to determine their role in causing the disease and how we can treat people with mutations in these genes.

Dr Stephanie Hughes and her team have developed a gene therapy for mutations in the CLN5 gene which encodes an enzyme that degrades material in the lysosome. Experiments testing this gene therapy were carried out in collaboration with Lincoln University. In these, they injected viral vectors containing DNA fragments of the CLN5 gene into sheep with mutated CLN5. The fragments got into the sheep’s brain cells where they were expressed into the functional CLN5 protein. The results were remarkable. The research group found that the life expectancy of these sheep more than doubled compared to those who did not receive treatment. They had successfully restored the CLN5 protein in the sheep’s brain cells and slowed the progression of the disease. This gene therapy holds much promise, and it has recently been approved by the FDA for trials in children with the disease.

The research group at the University of Otago and other groups overseas have found that this gene therapy does not work for mutations in the CLN6 gene. This protein is involved in transporting enzymes into the lysosome and it is not soluble. Dr Lucia Schweitzer and PhD student Jasmine Lock are working with the CLN6 protein, and they aim to determine the role of microglia and astrocytes in Batten disease. Microglia are specialised brain immune cells, and astrocytes regulate neuron metabolism and activity. Both are critical for neuron health. Dr Lucia Schweitzer and her team are carrying out experiments in mice where they mutate the CLN6 gene in astrocytes and microglia but not in neurons. So far, they have seen changes in the brain tissue of these mice as early as four months of age. However, they appear to have normal motor skills up until 12 months, and the lab is looking at testing behaviour at other time points. Once concluded, this research will give us insight into how to tackle the CLN6 form of Batten disease. 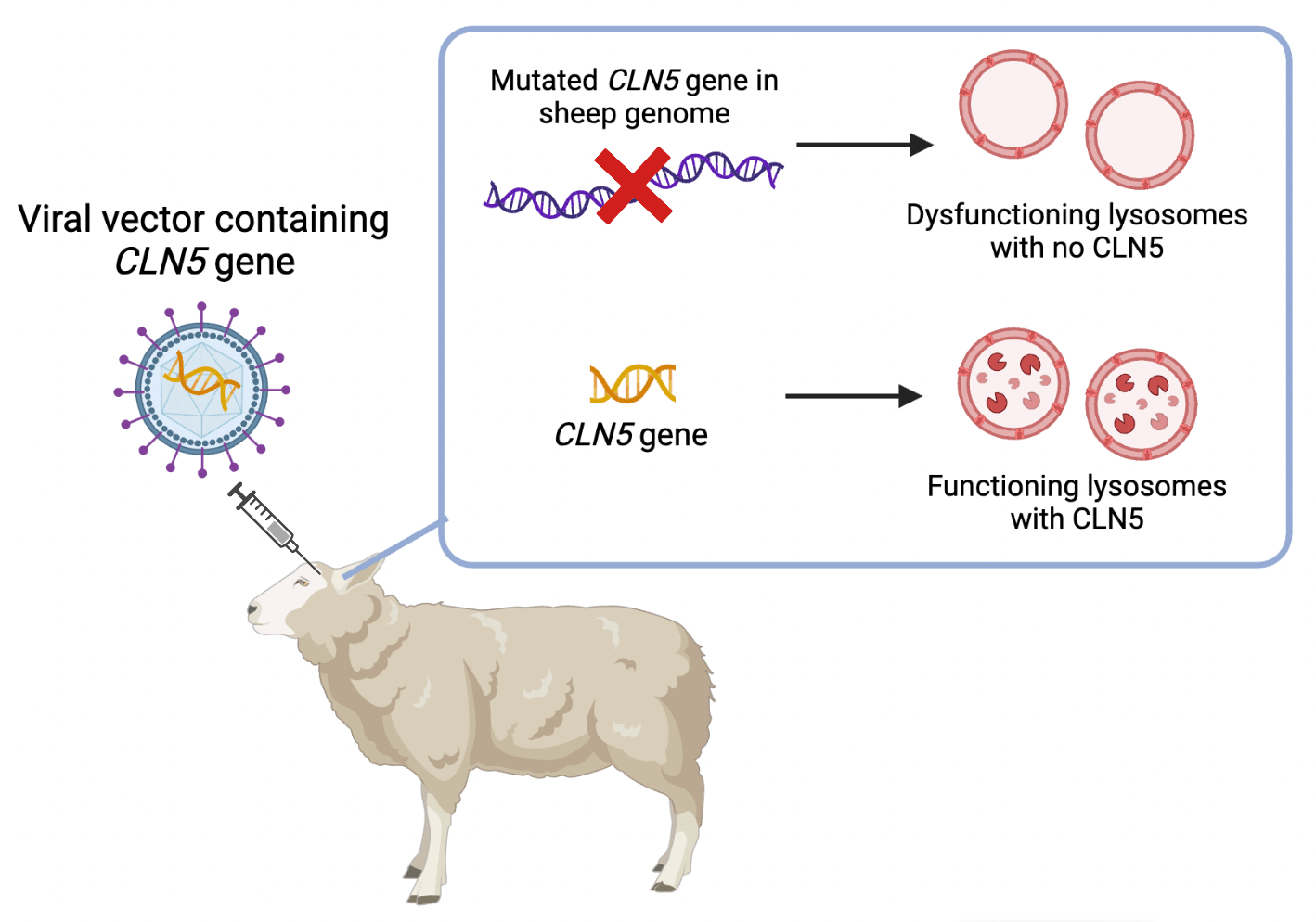 The gene therapy experiment in sheep. Made in BioRender.

In the last few years alone, researchers at the University of Otago have brought us closer to curing Batten disease. And they are not finished. Their research into Batten disease is ongoing, and it is exciting to imagine the impact they will have going forward.

For further reading, take a look at this paper detailing the CLN5 gene therapy trials in sheep.