Posted on December 8, 2017 by Angela Wanhalla

The 2018 National Conference of the Archives and Records Association of New Zealand will take place from 25-28 August at Rotorua.

The theme of the conference is Māori archives and records. This theme and kaupapa allows for an exploration of the discovery, preservation, description, record keeping, interconnectedness and meaning of Māori records, archives and taonga. The 2018 conference looks to explore opportunities for researchers, communities and organisations to collaborate in the guardianship of knowledge, facilitate researcher engagement and help safeguard our collective past in perpetuity.

Areas of focus, and possible topics, could include:

Proposals for 20 minute papers are invited. Abstracts of 450-500 words and a short bio should be submitted via email to Tiena Jordan (threejordans@xtra.co.nz) by the 31st March 2018. 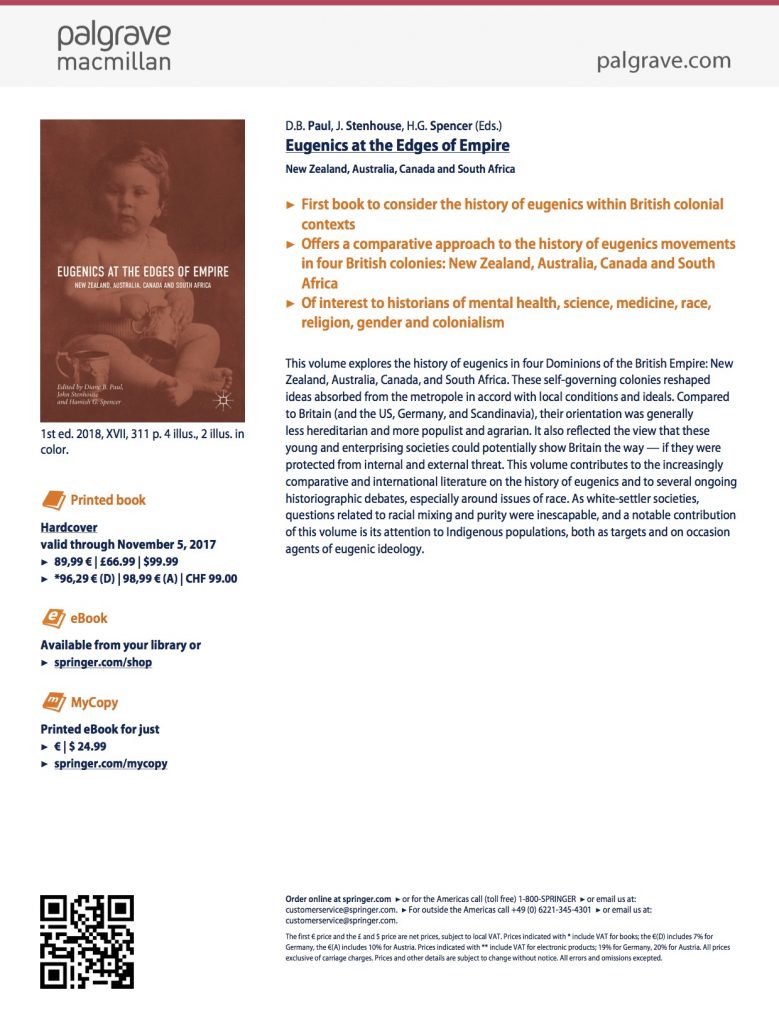 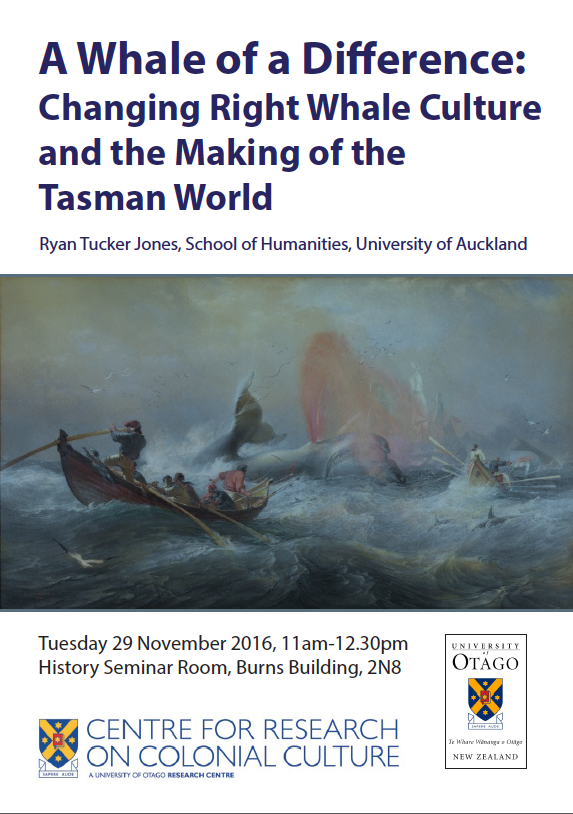 On 27 and 28 October, the University of Otago Centre for the Book is hosting its annual Research Symposium on the theme of Book and Place.

It will open on the evening of 27 October with a public lecture from Neville Peat in the Dunningham Suite, 4th floor, Dunedin Public Library, starting about 7.00 pm. You are cordially invited to come and listen to this well-known author reflect on his sense of book and place as he describes, in words and pictures, some of New Zealand’s most remote and precious areas and landmarks. An informal reception will follow the talk.

The Symposium proper will begin at the Marjorie Barclay Theatre, Otago Museum at 9.00 am on Friday 28. Professor Tony Ballantyne will begin proceedings, and after morning tea, Dr. Ingrid Horrocks of Massey University will deliver a plenary paper entitled: ‘Writing Place: A Case for Creative Nonfiction’. Nicky Page, Director of Dunedin’s UNESCO City of Literature programme will also be present. Please check out the full programme through the Centre for the Book blog

Importantly, for those attending the Thursday night ecture, please notify the Dunedin Public Library via their Library’s event site that you wish to attend.

To register for the symposium you need to send an email providing your name as you wish it to appear on your name tag and your email address to books@otago.ac.nz

There is no charge to attend the Symposium, which is generously supported by the Department of English and Linguistics, the Division of the Humanities, and the Centre for Research on Colonial Culture.

A reminder that abstracts for the Making Women Visible Conference are due by 31 August. We are excited to announce that in addition to special forums, there will be two keynote speakers: Dr Melissa Matutina Williams (Auckland) and Dr Frances Steel (Wollongong).

Get those abstracts in!

Over the past two days a group of scholars have been talking about sex, and New Zealand’s sexual histories in particular.  Angela Wanhalla and Chris Brickell, both Centre members, co-convened this event, funded by a Rutherford Discovery Fellowship and the Centre for Research on Colonial Culture, which brought together 10 scholars for a pre-read workshop at St Margaret’s College on 1 & 2 July. Participants discussed the benefits and limitations of demographic approaches to the study of sexuality (Hera Cook), New Zealand’s anti-masturbation movement (Lindsay Watson), the Health Department’s sex education pamphlets (Claire Gooder), non-monogamy and swinging in post-war New Zealand (Lily Emerson), sexuality and morality in colonial Otago (Sarah Carr), sexuality and infertility (Jane Adams), intimacy, desire and friendship in young people’s diaries (Chris Brickell), and childbirth on migrant ships (Ali Clarke). Professor Matt Cook (Birkbeck) also participated in the workshop, in addition to giving a beautiful and elegant public lecture based on his latest book, Queer Domesticities: Homosexuality and Home Life in Twentieth-Century London (Palgrave, 2014). A special issue of the New Zealand Journal of History based on the papers presented at the workshop will appear in 2016. And we highly recommend you go listen to Professor Matt Cook talk about his new book at Victoria University of Wellington on Monday 6 July. Find out more about his talk here. 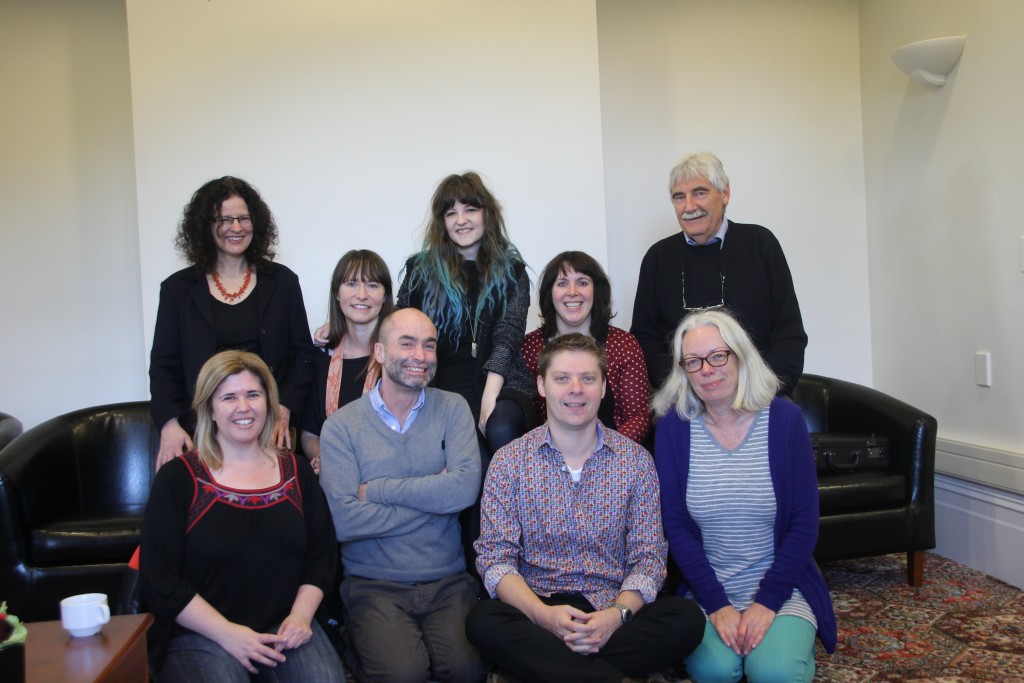 The conference committee invites proposals for individual papers, panels, and posters for Finding New Zealand’s Scientific Heritage, 23-24 November 2015. Proposals are due 30 June, 2015. Find out more about the conference, keynote speakers, and how to submit an abstract in the attached CFP.