On April 12 &13, Centre member Professor Barbara Brookes attended a workshop at Harvard University entitled ‘Postcolonial Tensions: Science, History and Indigenous Knowledges’ where the volume Pacific Futures: Past and Present (University of Hawaii Press, 2018) was officially launched by Professor Philip Deloria. The book resulted from a symposium held at the Hocken Library in June 2014 jointly sponsored by CRoCC and Professor Warwick Anderson’s Australian Research Council Laureate Fellowship program on ‘southern racial conceptions’. Professor Anderson, currently Gough Whitlam and Malcolm Fraser Chair of Australian Studies (2018-19) at Harvard University, co-convened the  workshop with Professor Gabriela Soto Laveaga in the History of Science Department. The three co-editors, Warwick Anderson, Miranda Johnson and Barbara Brookes, were delighted by Professor Deloria’s words about past futures and a celebratory toast was made to the success of the book.

The Centre congratulates Barbara and her co-editors on the launch of this fine volume of essays. 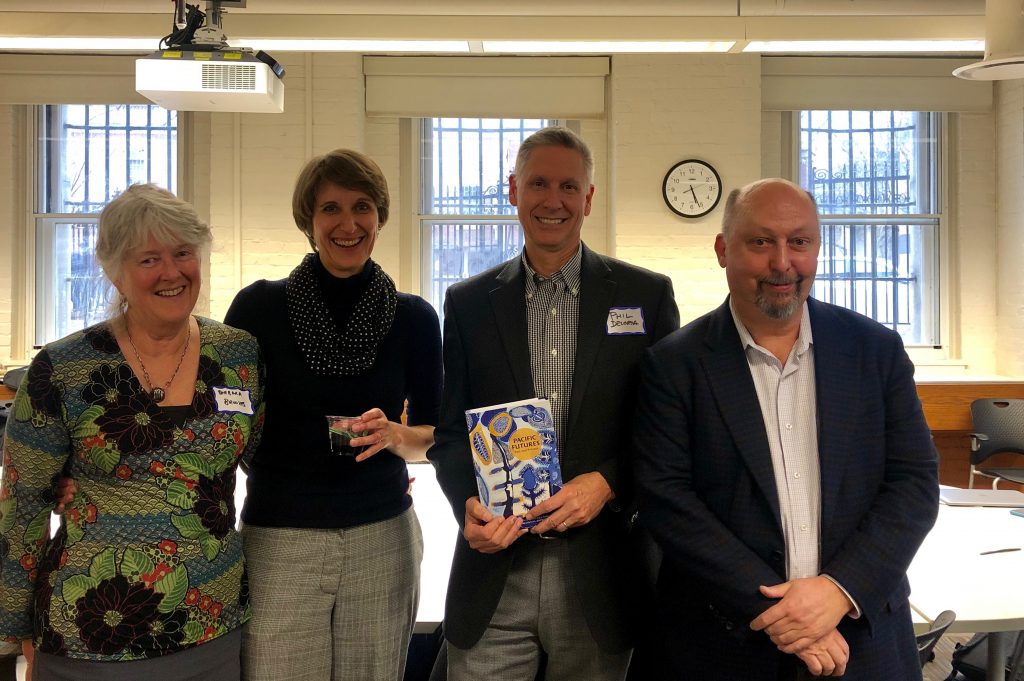 Just a reminder that the launch of Past Caring? Women, Work and Emotion (Otago University Press) will take place on Thursday, 21 February. Please join us at UBS from 5.30 to the celebrate the publication of this collection edited by three Centre members: Barbara Brookes, Jane McCabe and Angela Wanhalla.

For an insight into what the book is about read this ODT article, Looking out for each other, featuring an interview with Barbara.

Book Launch of Past caring? Women, Work and Emotion

Posted on February 4, 2019 by Angela Wanhalla

Please come along to UBS on Thursday 21 February to celebrate the launch of Past Caring? Women, Work and Emotion co-edited by CRoCC members Barbara Brookes, Jane McCabe and Angela Wanhalla and published by Otago University Press. All are welcome, but please RSVP for this event (address is provided below). 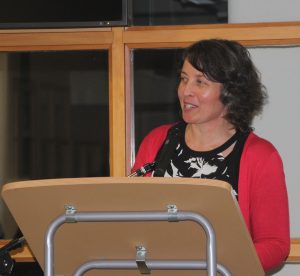 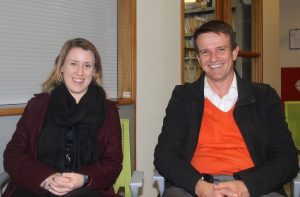 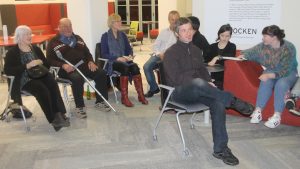 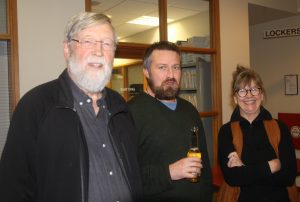 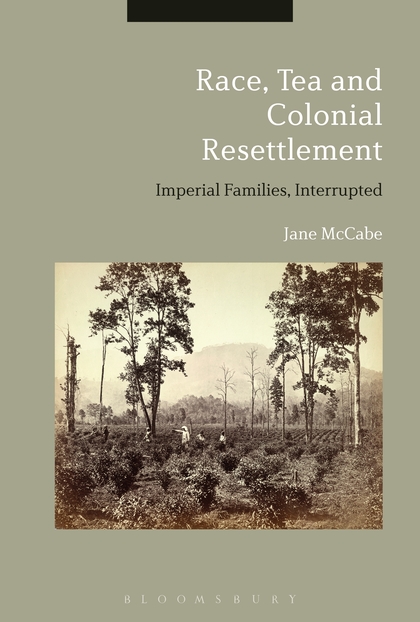 Come along and celebrate the launch of Judy Bennett and Angela Wanhalla’s co-edited book, Mothers’ Darlings of the South Pacific, beginning at 5.30 on Wednesday 13 July at Te Tumu, University of Otago. Published by the University of Otago Press (a co-publication with University of Hawaii Press), Mothers’ Darlings traces the fate of the children fathered by US servicemen who served in the South Pacific Command Area during World War II and is the major outcome of Judy’s Royal Society of New Zealand Marsden Project of the same name. 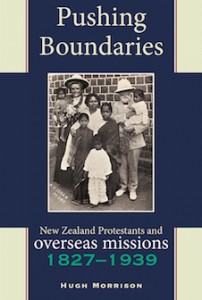 Published by Otago University Press, “Pushing Boundaries is the first book-length attempt to tell the story of the evolution of overseas missionary activity by New Zealand’s Protestant churches from the early nineteenth century up to World War II.   In this thought-provoking book, Hugh Morrison outlines how and why missions became important to colonial churches – the theological and social reasons churches supported missions, how their ideas were shaped, and what motivated individual New Zealanders to leave these shores to devote their lives elsewhere.

“Secondly, he connects this local story to some larger historical themes – of gender, culture, empire, childhood and education. This book argues that understanding the overseas missionary activity of Protestant churches and groups can contribute to a more general understanding of how New Zealand has developed as a society and nation.”

Hugh is a historian of missiology, a member of the Centre for Research on Colonial Culture, and a staff member at the College of Education, University of Otago. 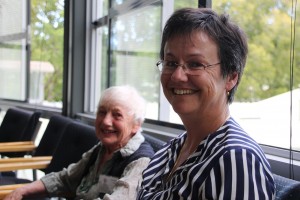 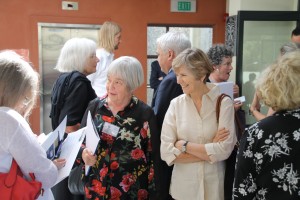 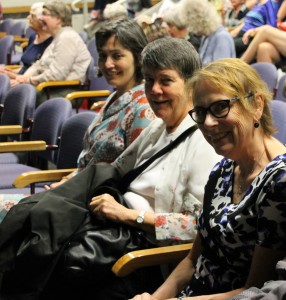 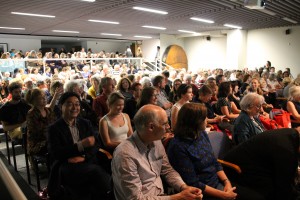 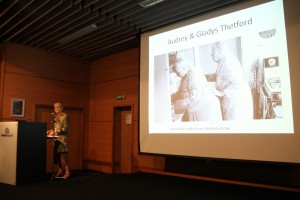 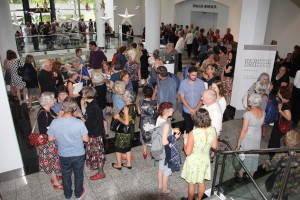 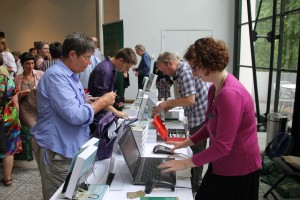 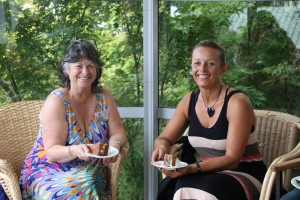 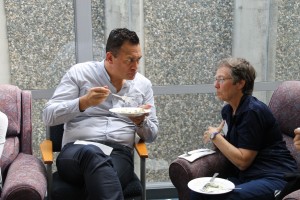 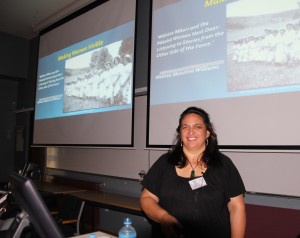 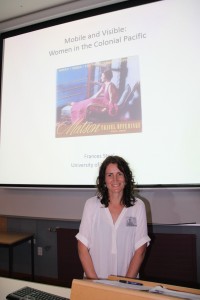 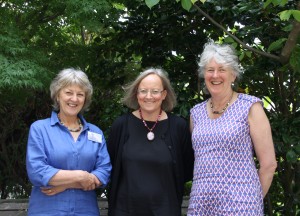 The Centre would like to thank Professor Charlotte Macdonald who organized a celebration for The Lives of Colonial Objects on Monday evening at the Thistle Inn in Wellington. 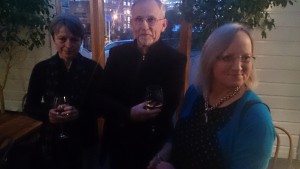 Thanks to Charlotte Macdonald (right) for organizing this event.

Folk from the capital (from VUW, Te Papa, and others) are well represented in the book, and it was a great opportunity to come together, along with friends and colleagues.  Two of the co-editors, Annabel Cooper and Lachy Paterson, were able to attend from Dunedin.  He mihi nunui, Charlotte, for your passion and your hospitality. 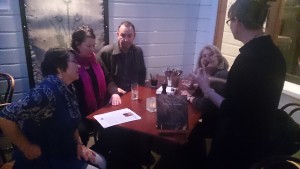