Ever heard of  ‘Transhumanism‘? 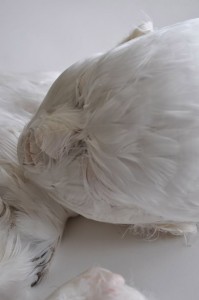 Over the past few years, a new paradigm for thinking about humankind’s future has begun to take shape among some leading computer scientists, neuroscientists, nanotechnologists and researchers at the forefront of technological development.

“Transhumanism”  is the name for a new way of thinking that challenges the premiss that the human condition is and will remain essentially unalterable.

`Transhumanists’ say this  assumption no longer holds true. Arguably it has never been true. They argue that such innovations as speech, written language, printing, engines, modern medicine and computers have had a profound impact not just on how people live their lives, but on who and what they are.

A new book entitled  the The Proactionary Imperative presents a  the cultural, intellectual and ethical `justification’ for the emerging  transhumanist movement and in so doing paints an ethically  challenging and scary scenario for  the future of the human race?

“Fancy living forever, or uploading your mind to the net? The Proactionary Imperative embraces transhumanist dreams, but reminds why we need medical ethics”.

This entry was posted in Biology, Evolution, For Teachers, General, Genetics, Human Evolution by STEPHEN BRONI. Bookmark the permalink.