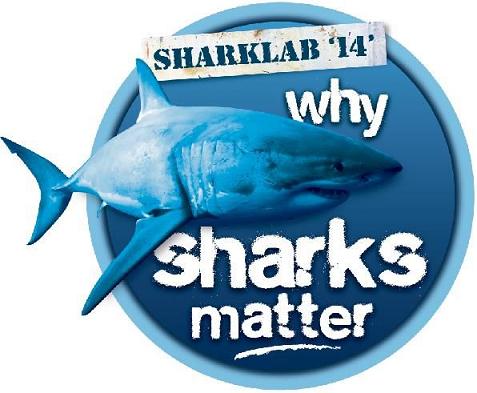 Scientists study many things, from the smallest cell to the farthest galaxies. And somewhere in between is the study of one of our greatest predators – the shark. Many scientists, like marine explorer and Science Festival guest Ryan Johnson, study great white sharks in an effort to understand them better. He also spends a lot of time talking to people and making documentaries about sharks and to teach us how important they are.

We want the next generation of science story tellers: the challenge is to show people why it’s important to learn about sharks, and to tell that story in an exciting and creative new way.

You are in charge, so how you tell the story is up to you.

What’s up for grabs

We’ll get you geared up for more outdoor fun: The winners of each category will take home a brand new GoPro outdoor camera kit valued at $800!

How much time do I have?

The competition runs from April 7th until midnight on June 22nd, 2014.

The school holidays are upon us and while you students are busy with work, fun and hopefully some study, I’m sure there’ll be times when you think to yourself “boy, I could sure do with a serving of Science right now!”. Well you are in luck because someone recently suggested one of these 3 minute films to me and I found myself watching more and more of them. And for teachers, I showed a couple to my class yesterday at the end of the period and they really enjoyed it. They are interesting little snippets that can serve as a good starting point for discussion and only 3 minutes long so not a huge investment of time.
http://focusforwardfilms.com/ is the website
This one http://focusforwardfilms.com/films/78/you-don-t-know-jack appealed to the students as it is about a 14 year old boy who makes a breakthrough in cancer testing.
My 10 year old son was particularly fascinated with this one: http://focusforwardfilms.com/films/30/solar-roadways where they talk about a new way to “pave” the road with solar cells!

Anyway I’ve managed to watch maybe 1/2 dozen of the films on here and haven’t yet found one that I didn’t think was cool on some level.

Another film site that I’ve been sent at least 3 times in the last little while is one by astronaut Chris Hadfield on the ISS.
http://www.youtube.com/user/canadianspaceagency?feature=watch
He has videos on all kinds of things from making a sandwich in space, to sleeping in space, toothbrushing in space to wringing out a washcloth in space!! Again cool Science of everyday objects and good starting point for discussion! I really hate flying but Chris Hadfield makes me want to be an astronaut it looks like the most amazing “job” ever!!

Have a happy safe holiday to all the students and teachers!!

This is a one of my favourite websites for simple, clear and valid content for learning about evolutionary processes and patterns from Berkeley:

Heaps of wonderful images, explanations and examples for revision or note-taking. 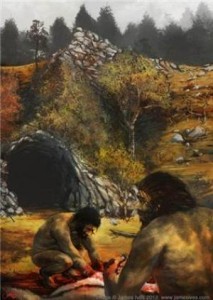 Neanderthals at the cave site of Trou Al'Wesse in Belgium, clinging on as climate deteriorated. (Credit: Digital painting by James Ives)

Although an African origin of the modern human species is generally accepted, the evolutionary processes involved in the speciation, geographical spread, and eventual extinction of archaic humans outside of Africa are much debated. An additional complexity has been the recent evidence of limited interbreeding between modern humans and the Neandertals and Denisovans (a newly discovered group from Siberia). Modern human migrations and interactions began during the buildup to the Last Glacial Maximum, starting about 100,000 years ago. By examining the history of other organisms through glacial cycles, valuable models for evolutionary biogeography can be formulated. According to one such model, the adoption of a new refugium by a subgroup of a species may lead to important evolutionary changes.

“Ultimately, this model explains why Homo sapiens as a species are here and the archaic humans are not.” Dr J.R. Stewart

The research also leads to interesting conclusions as to how and why Neanderthals, and indeed the Denisovans, evolved in the first place.

Check out the full article here

is focused on the provision of quality biology and general science teaching materials.
Their aim is to produce resources that will not only help teachers to teach and students to learn but will also encourage a lifelong fascination with science and the living world 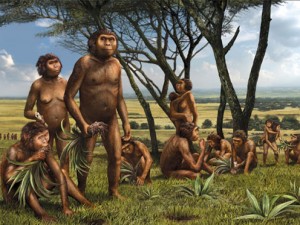 The archaeology of human evolution in depth.
Fresh voices in the field speak out on relevant topics.
Extensive reference guide and extremely thorough glossary.
http://www.archaeologyinfo.com/

Struggling to get your head around role of polyploidy in speciation, adaptive radiation and such like?
This page brings those concepts into focus using New Zealand examples.
http://sci.waikato.ac.nz/evolution/NZevidence.shtml

Check out the rest of the Evolution for Teaching site for  information on ‘Human Evolution’, `Darwin & Religion’, Earth’s History & Evolution’ and `Theories, Hypotheses, & Laws’.

A good authoratative site from University of Waikato with a links to glossary &  a useful FAQ page.

Structures and names of organic compounds are limited to those compounds containing no more than eight carbons.

This achievement standard involves the description of trends in human biological evolution, cultural evolution, and patterns of dispersal.

Trends refers to progressive change over a period of time in relation to:

Trends in human biological evolution begin with early bipedal hominins and may require comparison with living hominids (apes). Trends are limited to:

Trends in human cultural evolution will be limited to evidence relating to: use of tools (stone, wood, bone), fire, shelter, clothing, abstract thought (communication, language, art), food-gathering, and domestication of plants and animals.

This achievement standard involves the description of processes and patterns of evolution.

Processes of evolution are limited to

This achievement standard involves the description of animal behaviour and plant responses in relation to environmental factors.

Animal behaviour and plant responses will be selected from those relating to:

The relationship of environmental factors to behaviour/response may be in terms of the process involved or the adaptive significance. 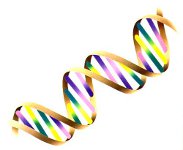 This achievement standard involves the description of the role DNA has in relation to gene expression and the determination of phenotype.

The role of DNA includes DNA structure and replication, the control of gene expression, protein synthesis, and the determination of phenotype.

Control of gene expression is limited to factors that operate at transcription level:

Protein synthesis includes the role of DNA in determining the structure of a protein and how that protein is produced (transcription and translation).

The determination of phenotype includes: