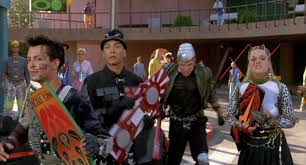 What all the cool kids are wearing in 2015, yes, it does look like they drew on their faces with markers…

Happy Back to the Future Day! was the text I received this morning from a friend.

It was waaaay back in (movie time) 1985 when Marty McFly jumped back into the famous DeLorean of Doc’s and headed to October 21, 2015 to help out his future children. The fun of any time travelling movie is the chance to imagine what the future will be like. But now that we are actually here, how accurate was that future? 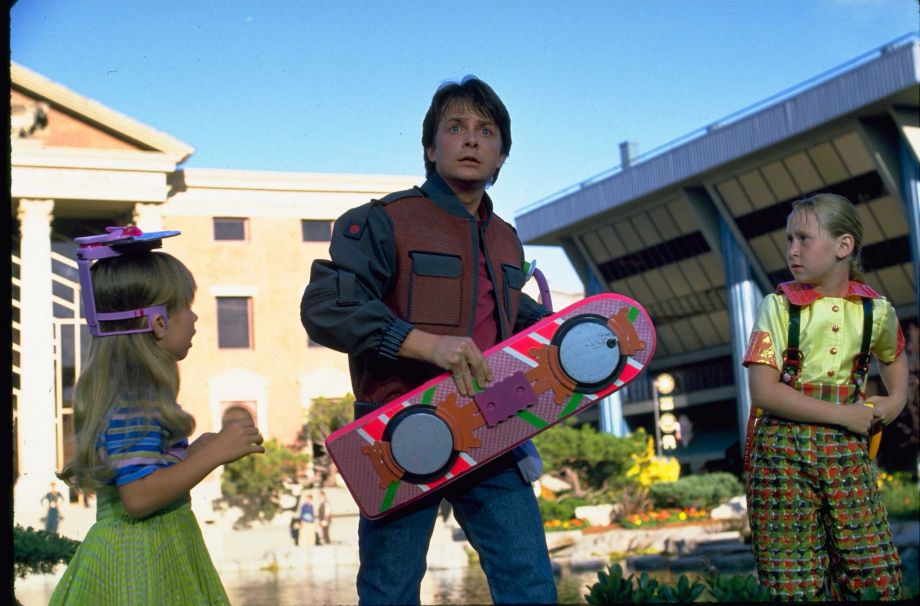 Well, we’re not fuelling our cars with the Mr Fusion waste-run generator yet, and no one really uses pay phones or faxes any more…  (Remember the street side fax machines in Back to the Future – send a fax from the street) Perhaps though, the fax machine highlights a glaring absence in the Back to the Future predictions – where are the cell phones? We use our smart phones for so much in 2015 and they were basically absent in Back to the Future where newspapers were still prevalent and the TV was used for video calling.

Back to the Future isn’t the only time the future was a bit odd. Over the school holidays I watched an episode of The Jetsons on a pop up channel for old cartoons. Future predictions there were wild – flying cars, instant hair styles, food in a second and of course the nuclear powered robot dog which inexplicably attacks anyone in a mask because anyone who wears a mask must be a burglar (cue hilarity when the burglar puts his mask on George to escape completely fooling the robot dog). Anyway – the fact is we don’t know what the future holds, and predicting what may or may not come to pass is fun.

Google past predictions of the future and you’ll get quotes like these:

Every year we ask students to write an essay on the role of Science in the 21st Century. Often we have students writing about scientific approaches to what they see as challenges or problems in the world today. Students also often write about technological advances that they see happening now and in the future. I wonder how many of these ideas will actually come to pass? One thing is for certain, it’s definitely fun to wonder what life will be like for our grandchildren or their children.