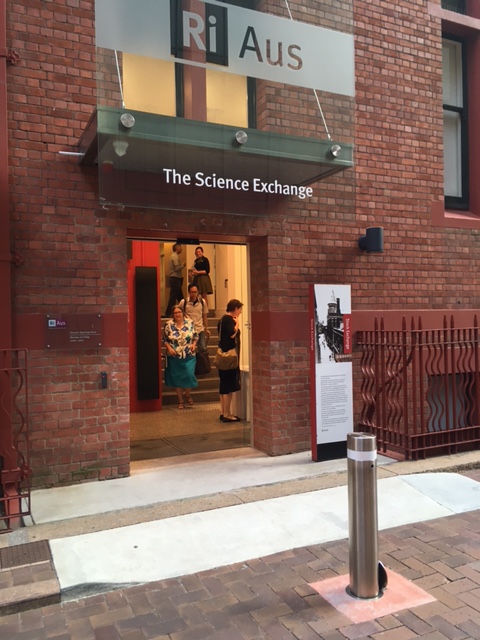 Venue for the ASC 2017 conference – the Science Exchange in Adelaide, Australia

Last night I returned home to Dunedin from Adelaide. I was attending the 9th annual Australian Science Communicators conference where I had a presentation to give and also a poster in the gallery. The conference was amazing and I learned a lot which will be shared over the coming weeks.

On the weekend after the conference I stayed in Adelaide and visited a number of the city’s attractions. It may have been the conference leaving Science Communication in the forefront of my mind but I found myself analysing each one in terms of good communication and engagement. There is still a LOT of static displays and writing to explain displayed artefacts in museums. In one of the conference presentations, a panel tried to address this – but by far the most effective presentations were the ones that were interactive. 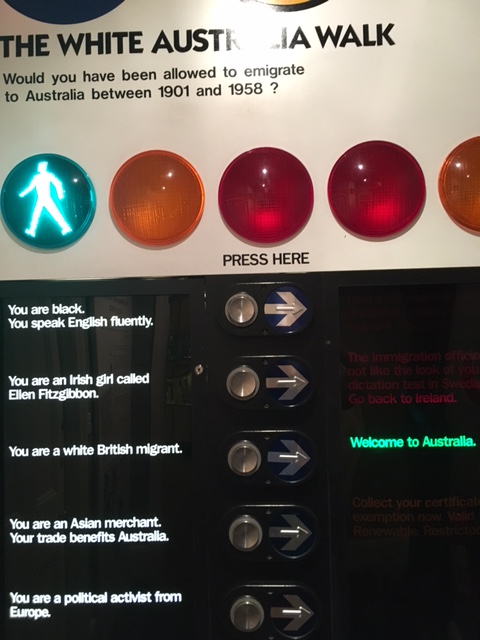 Activity at the Migration Museum in Adelaide

One very simple example of this was the crosswalk activity that I encountered at the Migration Museum. The exhibit was meant to show how immigration policies in the first half of the 1900s favoured a certain type of migrant (white and British). Instead of screeds of writing and examples or even just a small statement, there was a large crosswalk on the wall. You read a description of someone who wanted to come to Australia at the time and then pushed the crosswalk button. The walk man lit up if they could immigrate, the don’t walk sign lit up if they couldn’t and a yellow traffic light was a maybe. A small lit up explanation of why that particular person could or couldn’t migrate was also displayed.

I think this was a brilliant example of how a simple metaphor (the crosswalk) was used to make information very relevant. Everyone crosses the street, imagine not being able to cross the street because of your race or circumstances. It certainly made me think about immigration and the effect of policy on people at that time. The setup was also engaging. I probably would have walked past a panel of the same information if it had just been written up on the wall.

So over the coming weeks I’ll share more of what I learned in Adelaide but my learning for today is the power of the simple metaphor. Finding something your audience relates to and use it to convey your message.