Anthropogenic Climate Change has once again hit the headlines http://www.stuff.co.nz/environment/9887611/Climate-change-We-need-to-act-now ” It’s all so overwhelming! What can I do?  I got my finals coming up and  all my energies are focused on  them”  (And so they should be!) But what when they are over?  When you do come up for air  and/or need some inspiration as to what one individual can do check out this 18 year old from the US who impressed me not only with her commitment to the cause  but with  how articulate she is able to argue her case and the case of people her own age. 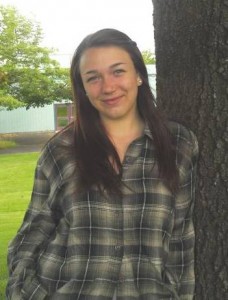 “As world leaders converge for the UN’s global summit on climate and thousands gather in New York for the People’s Climate March, an 18-year-old Oregonian student, Kelsey Juliana, is walking across America to draw attention to global warming and taking her case to the US supreme court. Now just out of high school, she’s co-plaintiff in a major lawsuit being spearheaded by Our Children’s Trust that could force the state of Oregon to take a more aggressive stance against the carbon emissions warming the earth and destroying the environment. She’s walking across America as part of the Great March for Climate Action, due to arrive in Washington, DC, on November 1.” Video interview link: http://billmoyers.com/episode/climate-change-next-generation/

This entry was posted in For Teachers, General, Science Communication by STEPHEN BRONI. Bookmark the permalink.