……..can science comedy also be an effective tool  for  enhancing  understanding and support for science?

Science and comedy may seem like an odd pairing.  Science is a serious business, right?  And everyone’s sense of humour is different. Does science comedy work as a tool for communicating science effectively to a public audience.

In this short blog I make no claims or draw any conclusions. 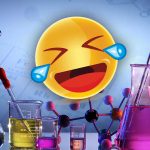 Rather we are just going to dip our toes into the world of science comedy by looking at a few examples of `comedic science’ and let you come to your own conclusions as to whether you think comedy can be a tool to enhancing understanding  of science in a public audience.

Do science comedians rely on a pre-knowledge of science and/or a specific topic?

How does/could/ comedy enhance the understanding & support for science in a non-scientific public audience?

Science Laughs :Brian Malow
‘A Virus Walks Into a Bar…’ and Other Science Jokes

All of the above a background in science- Dara O’Briain  for example has a degree in mathematics and theoretical physics from University College Dublin and besides stand-up comedy has presented a number of science shows for BBC including School of Hard Sums, Dara Ó Briain’s Science Club)

Sneaking Science into Stand-Up: Kasha Patel
NASA Science Writer, stand-up comedian and founder of ‘DC Science Comedy’ Kasha Patel actually researches the effectiveness of her own science comedy by analysing over 500 of her science jokes as she explains in her 2019 TEDx talk.

Closer to home Andrew Scott from  Otago University School of Science Communication looked at Science comedy  for his Master’s degree  entitled  “Funnily Serious: Using Comedy  to communicate Science”  part of which included a   comedic science film entitled Tangled Waters  looking at the use of ant-shark nets along the Dunedin coastline. (Maybe I shouldn’t have put this in ahead of possible beach visit at upcoming December Camp!)

Want to dive further in the world of Science comedy?
Check out  Crastina’s International List of Science Comedians

Finally, if you come across an example of science comedy that you think does a really good job of enhancing understanding and/or support for science let me know in the comments.

Enjoy and good luck with your upcoming NCEA external exams.

This entry was posted in General, Science Communication and tagged comedy, communication, science by STEPHEN BRONI. Bookmark the permalink.