Every year, as part of our Science Academy application process students are asked to write an essay on Science in the 21st century under the theme of:

If you think of Earth as a ship voyaging through time and space, and the human race her crew, what is our mission and what is the role of science in achieving that mission? 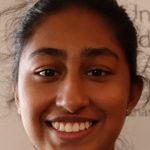 As an aspiring scientist, I believe that science is not just an academic subject. It is the experience of discovering the world around us. Each time we learn a new concept, it evokes feelings of awe, wonder and excitement. Science is often an adventure filled with fascination, disbelief, and at times, a lot of confusion! Science also holds a lot of responsibility. When we think of a ship, we think of the different structural components of it. Famous ships from history may pop up in our memory which further remind us of the magnificence of these beautiful floating vehicles. In these images and with our metaphor of the Earth as a ship, we often forget the human spirit that is interwoven throughout it. For science to continue pushing the Earth through ions of time and space, it is essential that we recognize the power of a collective human spirit.
The role of science in the 21st century is to continue experimenting with the impossible. As William Blake once said, “What is now proved was once only imagined.” The different fields of science rely on various fundamentals that were developed by great minds like Helen Keller, Sir Isaac Newton, and Charles Darwin. These fundamentals continue to guide our pursuits in unravelling our mysterious universe. However, it is important that the evolution of science does not go unchecked. The collective good of humanity should be the highlight of any scientific advancement. Science is unbounded and thus confining it is more challenging than discovering something new. To this degree, scientists need to have the courage to roll-back certain steps and innovations that are harmful for creation.
The role of science in society is to explore possibilities for a better world. In the past, scientific pursuits were focused on the betterment of a White, Western world, while people who look like me, from the Global South, have been victims of unchecked scientific advancement. In the 21st century, we must push science to reject these oppressive boundaries, and instead work towards creating a better world for everyone, inclusive of race, gender, and geography. As scientists of the 21st century, we must question traditional science so that more young people who look like me find a space in this field to learn, thrive and create. Science is not exempt from principles of ethics and justice. It is important that in the 21st century our scientific innovations are in accordance with the rights of all peoples. Scientific discoveries cannot be at the expense of people’s lives and traditional land. In our own context here in Aotearoa New Zealand, modern science should be respectful of Mātauranga Māori.
Although we are in the midst of a major climate crisis and a world-wide pandemic, I believe that the greatest challenge faced by science in the 21st century is the fact that we are now, in what sociologists call, “a post-truth” era. In this time of intense polarization around the world, scientific facts that we have held to be true for centuries are now being questioned. Furthermore, the echo-chambers of social media and ‘fake news’ have created high levels of scientific distrust amongst communities around the world. While scientists and medical professionals have been in a virtual war zone fighting to find a vaccine cure for COVID-19, we have seen people rejecting simple scientific measures such as mask wearing and social distancing. Research suggests that once the vaccine is developed, the next battle will be convincing people around the world to take it. Currently, some polls suggest that over 40% of the population in the developed world, will not take the vaccine once it is available.

As future scientists, my generation needs to reposition the field of science. We must challenge the distrust by communicating science clearly and openly to society. For society to believe in science again, and to gain back the trust, it is essential that we engage in grassroots initiatives. Science must be accessible. It is not just something that is for society, but rather, it is something that can be done with society. As we sail this ship to discover new scientific possibilities, no voyage can be truly fruitful unless it is inclusive of human spirit. 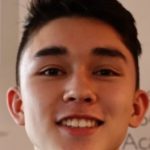 A ship’s purpose is to sail, the crew’s duty is to keep the ship afloat, but it’s the captain who must steer the ship through the storm. When the crew does not follow the captain, and the captain does not manifest leadership, the ship is left to sink and burn. If the ship is Mother Earth, the human race as her crew, and scientists around the world as their captain, we are left to wonder, “Why are we letting our ship burn?” In the midst of an age of global connection and order, entropy in humanity is ever-present.
The greatest threats to mankind are being ignored by modern scientists while society goes about their day too enveloped in the present. While the validity of the science is continually questioned, the decline of natural resources, collapse of ecosystems and loss of biodiversity, and the ever-increasing temperature of the Earth’s surface continues to burn our once-beautiful ship to the bottom of the sea.
Consequently, one must look back on the past and consider where it all went wrong, then looking to the present, one must explore the qualities of a great scientist to rightfully captain the ship, and lastly, one must define the greatest challenge to science in the near future to take action today and keep the ship afloat.

Ever since the first captain Aristotle, science has evolved exponentially as new fields were discovered and technology advanced like the adaptive radiation of the Australopithecines. However, science had little structure and was disregarded from the public eye; bunched in the same category as myth and magic. Yet, as new captains came and went, science increased in significance. Galileo Galilei—named as “The father of science” by Einstein—first used the experimental scientific method and brought order to eureka. Through it all, the ship Terra Mater sailed through spacetime captained by names like Leonardo Da Vinci, Isaac Newton, and Nikola Tesla, and brought humanity to modern-day science. All positive scientific developments have a unanimous underlying purpose; to increase the survival and happiness of the human race. Whether it be the invention of the light bulb, the development of cars, or the research into medicine, science has aimed to ensure the crew survives and the ship stays afloat. As it seems, the ship’s destination is the immortality of humanity.

However, “With great power comes great responsibility” and when that power is abused, the consequences are unquantifiable. The first being the weaponization of nuclear science, the next being the destruction of natural environments, and finally, the acceleration of climate change through pollution. Unfortunately, fixing the past is still in the realms of science fiction, and so the consequences of these issues must be resolved today; the greatest being global warming which, if a major change to prevent it is not undertaken within the next few years, will burn humanity alive on its deck. Hence, I believe that global warming should be the top priority over research into any other field of science, yet environmental scientists are earning nearly half the salary of scientists in any other field. The first step must be to create an incentive in the general public to fight climate change as a dysfunctional crew will only fuel the fire. By raising the salary of environmental scientists and increasing funding for related research, not only will the results of their studies be more helpful, but also the number of environmental scientists will increase; hence bringing in future scientists that would have otherwise chosen more stable careers in biomedical engineering or astrophysics. Likewise, a strict plan must be developed with specific requirements that must be met to ensure the reduction of the global carbon footprint so that governments around the world begin to take notice of the previously ignored climate change protests and understand how they can support the movement. Regardless of how, something must be done to weaken the fire before it gets out of control, or the ship will never reach its destination.

In order to lead the crew, a great captain is required, just as great scientists are required to lead society. A great scientist is one that is not just intelligent or an outside-the-box thinker, but is also curious and creative, patient and persistent, flexible and open-minded. Even more so today, a great scientist must be able to discover the problem, understand the problem, come up with the solution, and

have the power to carry out the solution. Consequently, scientists should be better connected to the government and have a greater say in the choices made. If a scientist can teach how to solve the world’s biggest problems, those problems will no longer be unsolved. A captain that teaches the crew how to maintain the ship will have a ship sailing twice as fast.

To conclude, science has developed rapidly to the point we are at today, and all because it intends to bring humanity one step closer to immortality. However, mistakes are made, and consequences arise because of them, and so scientists must take action to stop the fire of climate change from consuming the Earth. In order to do that, great scientists must be elected not only to research, not only to come up with the solutions, but also to teach and carry out the solutions. Otherwise, the fire will grow while the crew stands there with empty water buckets. Action must be taken now, or immortality and the longevity of the human race may as well be thrown out the window.