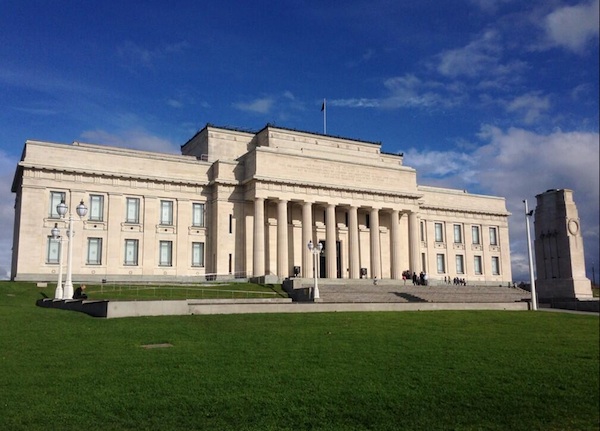 This is a brief report on the 2014 Innovations in Tertiary Education Delivery Summit (#ITES2014), which took place on June 5-6 2014 at the Auckland Museum. The focus of the summit was online education generally, and MOOCs in particular. The two big questions that were posted on the conference website and discussed in small in groups during the event were:

How will technology change the nature of tertiary teaching and learning in the next ten to twenty  years?

What are the challenges of changing delivery and uptake of education for existing institutions? 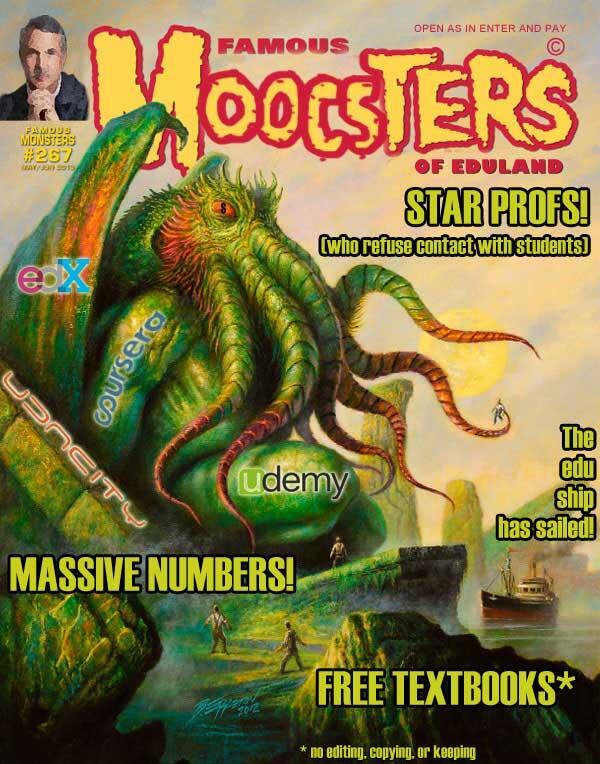 The image above is from by Alan Lavine CC BY-NC and was found on moocthulhu.com

A discussion document, Massive Open Online Courses, prepared by the Tertiary Education Commission, was released ahead of the summit to provide some background about MOOCs, especially in the New Zealand context. A 2016 scenario guide to effective tertiary education in New Zealand: Planning resource for senior managers (13-page PDF, Sept. 2012 Andrew Higgins, Niki Davis, and Pinelopi Zaka) served as a scenarios guide. A 206-page Government and sector-level tertiary e-learning initiatives An annotated bibliography (NZ Ministry of Education, June 2014), published just before the summit, provided a review of the literature dealing with eLearning initiatives, with a focus on Open Educational Resources and MOOCs. 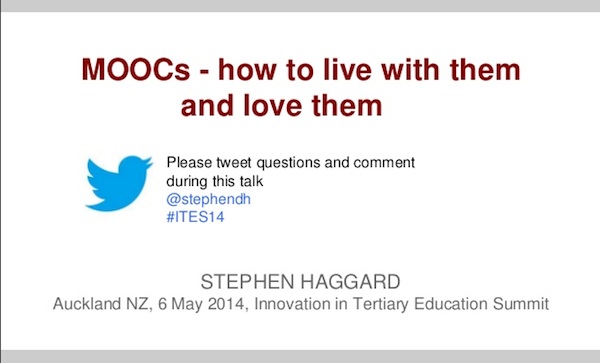 Steven Haggard’s presentation: MOOCs – how to live with them and love them
(Click to see the presentation on Slideshare) 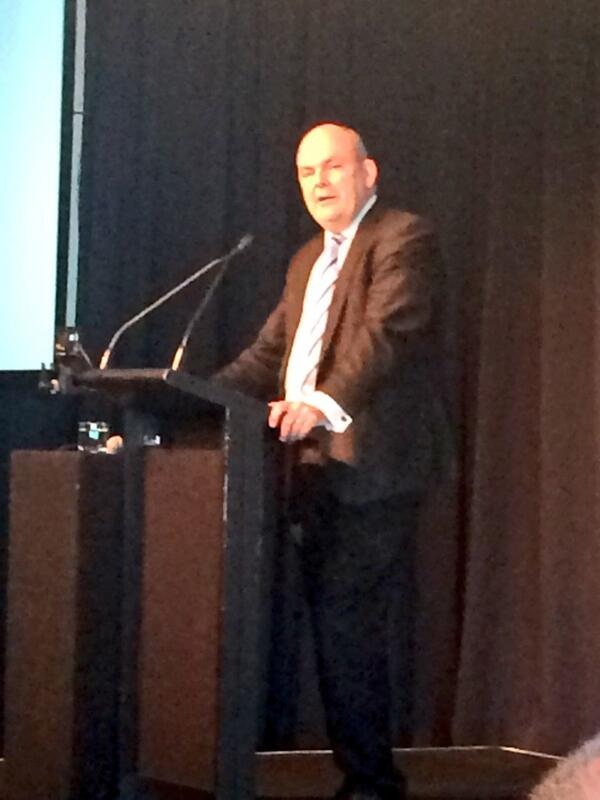 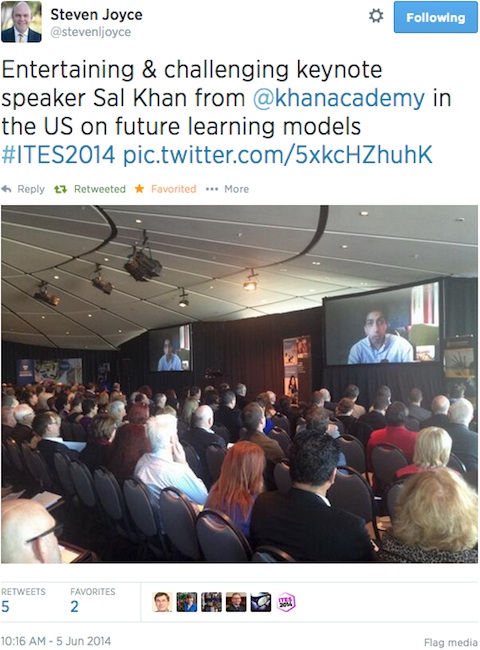 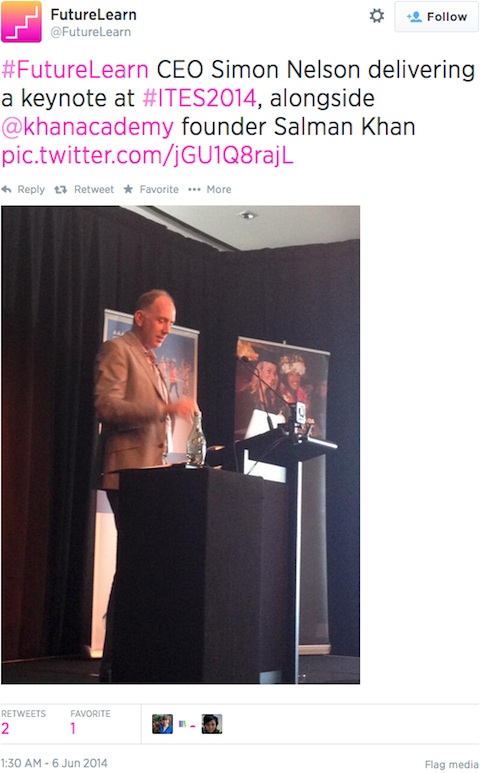 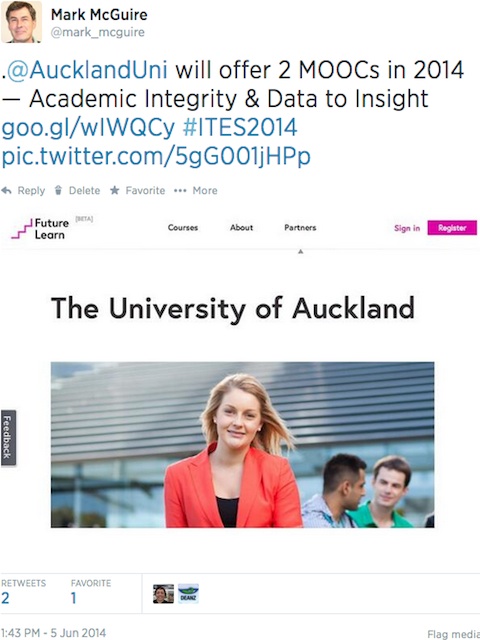 A show of hands at the beginning of the summit indicated that few of the participants had experienced a MOOC first hand. Not many used Twitter during the event  (I archived 276 twitter posts that included the “#ITES2014” hashtag) and, although attendees were invited to post comments on a website, the conference presentations were not streamed or archived. This is a shame, as many good points were made and several innovative projects were discussed (the archived tweets include links to some of these).

Minister Joyce said “Can I encourage you to focus completely on the learner”, and he noted that more would have to be done to “incentivise innovation”. However,  he also acknowledged that the tension between teaching and research was likely to continue. Several presenters talked about the disaggregation of higher education and the increasing need for institutions to specialise. They advocated for substantial changes to the tertiary sector, and for a more flexible, technology-enabled, customer-driven approach. The small group discussions, however, dealt with some of the more practical issues and concerns. These included the importance of open licences (see Creative Commons) and the danger of compromising public control over higher education by partnering with for-profit MOOC platforms.

Simon Nelson announced that the University of Auckland will be offering two MOOCs through the FutureLearn platform later this year (‘Academic Integrity’ and ‘Data to Insight’). There were no other major announcements or discussions of planned initiatives. Whether Massive Open Online Courses will be part of the tertiary landscape in ten or twenty years from now is hard to say, but is its is likely that digital networks will be, and that more change is going to come. Rather than asking how technology will change the nature of tertiary teaching and learning in the future, perhaps we should ask ourselves what changes we would like to see and how we can work together to develop, and realise, a shared vision.