Fit in, or stand out? A Muslim perspective on life at Otago University

How do students that choose to live their lives in the Muslim faith feel when they come to the University of Otago?  Do they stand out from the crowd?  Are their beliefs and practices respected and catered for?  Well, that is a question I cannot answer as I am not a Muslim.  But I have met Muslim students working here and I have an increasing interest in the way that they choose to lead their lives.  Today we launch our international video taken from the perspective of a Muslim student studying at Otago – so, what is it like? 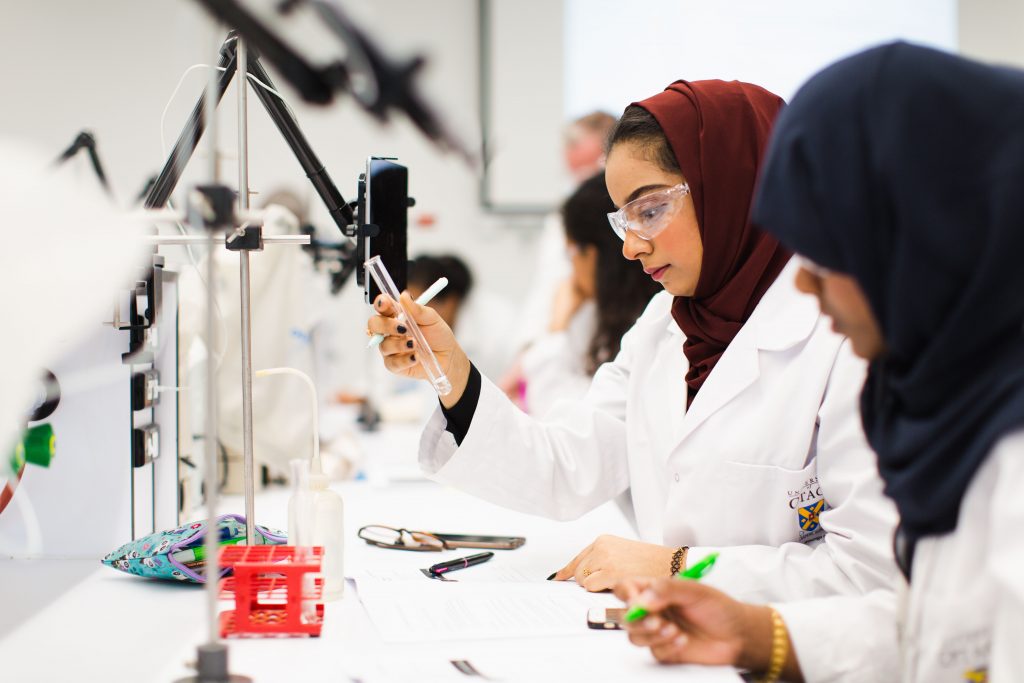 These quotes were taken from anonymous Muslim writers in an article titled ‘What is it like to be a Muslim Student at Otago University’ and published by Critic in August 2016:

“As a Muslim student at Otago, my day is just like yours. This is because not all Muslims come in the same packaging. There are over a billion of us worldwide and each is an individual. Islam is the religion I was born into and have grown up with. For me, it is not something I consciously think about but the values that come with being Muslim are now so deeply ingrained within my identity that they are second nature. It is something I carry with me in my interaction with other students, with the University itself and the general public.” 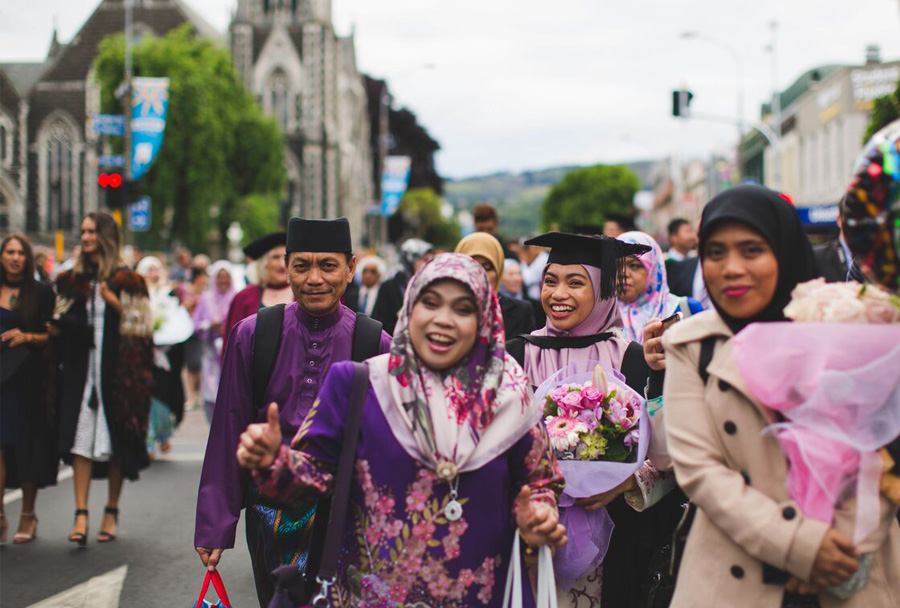 I think that the point made that “not all Muslims come in the same packaging” is something we non-Muslims need to remember.  Don’t judge a book by its cover, and especially don’t judge a way of life that you have no understanding of.  Reading through the articles written and the conversations had, it is clear that Muslim students predominantly feel welcomed and accepted.

“If anything, I’m overwhelmed with how accepting and open-minded all of the staff and students are here. One of the first things that I noticed when I moved here was how diverse the student body appeared to be and how nobody seemed to care about what anyone else was doing. This is one of my favourite things about this place.” 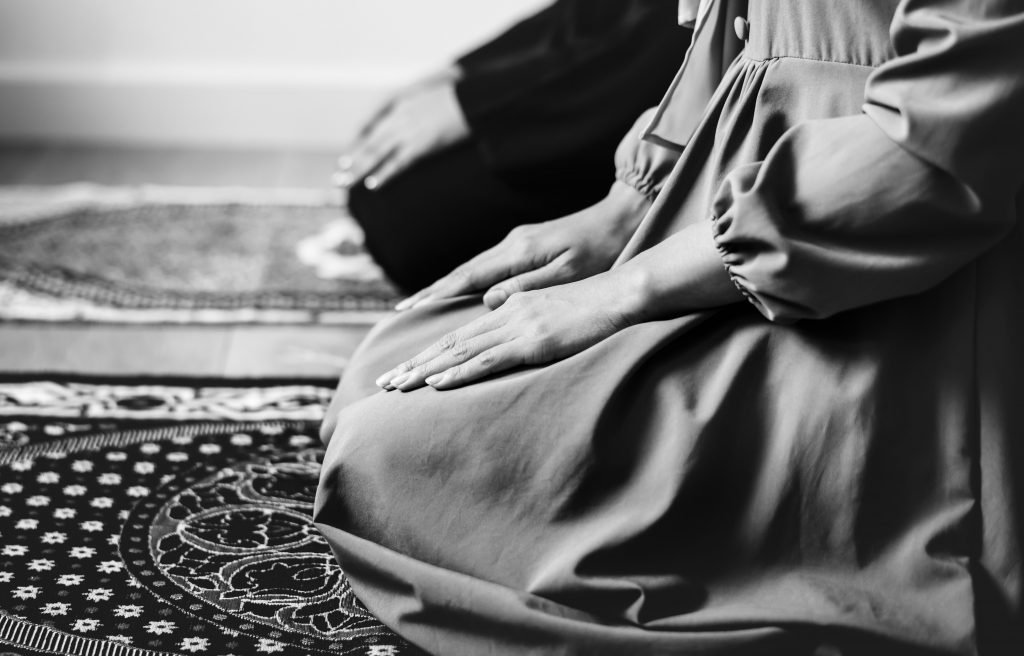 No barriers to practising beliefs

The University has two prayer rooms with one space exclusively for the Islamic community; it faces Mecca and is split into two rooms by a curtain. This is to adhere to Islamic rules on prayer with the opposite gender.  Halal Food is readily available in local supermarkets and there are Halal restaurants in Dunedin.  And if you’re wondering about connecting with other Muslim students when you come to Otago there is a range of established groups like the OMSA (Otago Malaysian Students’ Association), the Otago Muslim Association, and the MUSA (University of Otago Muslim University Students’ Association). 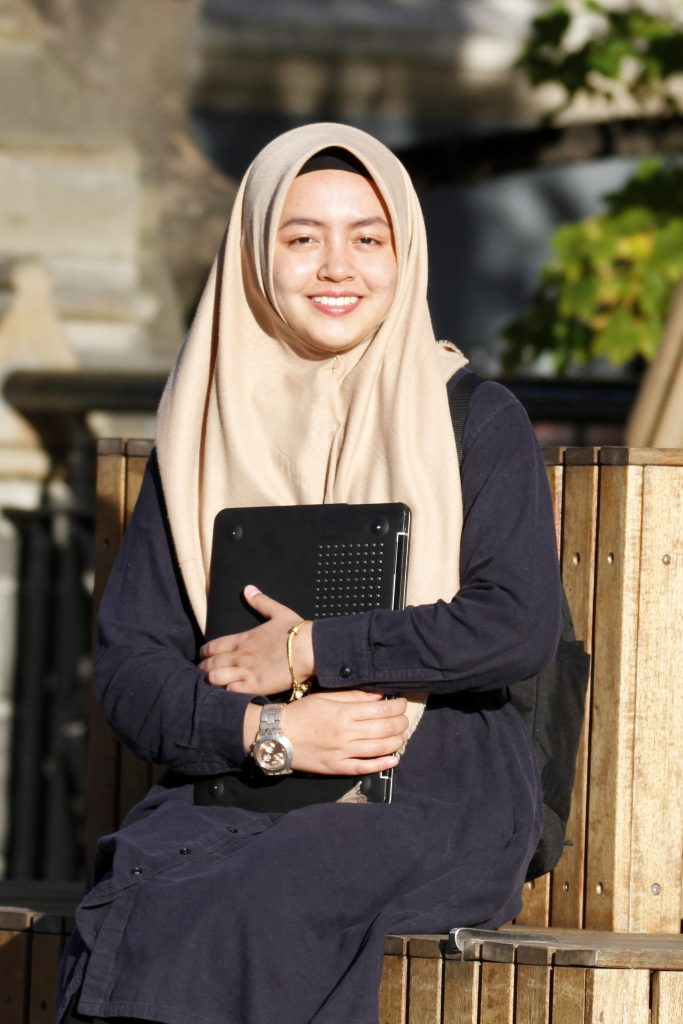 Arina Aizal – the ‘star’ of our latest video ‘Studying at Otago – a Muslim Perspective.’

Studying at Otago – a Muslim Perspective

As for the question ‘fit in, or stand out?’ I think you’ll find that at Otago the choice is yours…..Muslim, or not.

But once again, as eluded to in the beginning of this blog post, I am not a Muslim, so therefore I cannot tell you what life as a Muslim at Otago is like.

But this lovely, smart and inspiring young woman – Arina Aizal can, and she does so, so beautifully in our latest video……….take it away Arina……..

3 comments on “Fit in, or stand out? A Muslim perspective on life at Otago University”