As part of the University of Otago’s commemoration activities, the Centre for Research on Colonial Culture (CRoCC) and the Australasian Victorian Studies Association (AVSA) are co-hosting a conference and heritage festival on ‘1869’ from 25-29 September 2019. A call for papers is below. The closing date for abstracts is 1 April 2019.

1869 was a year in which many scientific, political, commercial, cultural and medical milestones were also recorded, including the first issue of Nature, the opening of the Suez Canal, the publication of the Periodic Table, Paul Langerhans’ discovery of pancreatic islets and the appearance of The Subjection of Women by John Stuart Mill.

The organisers welcome abstracts, panel proposals and posters from all disciplines and perspectives, and particularly encourage postgraduate participation.

The conference will combine a traditional academic programme with a range of public heritage festival events, special forums and social engagements.

Please circulate the CFP widely and to your research networks. 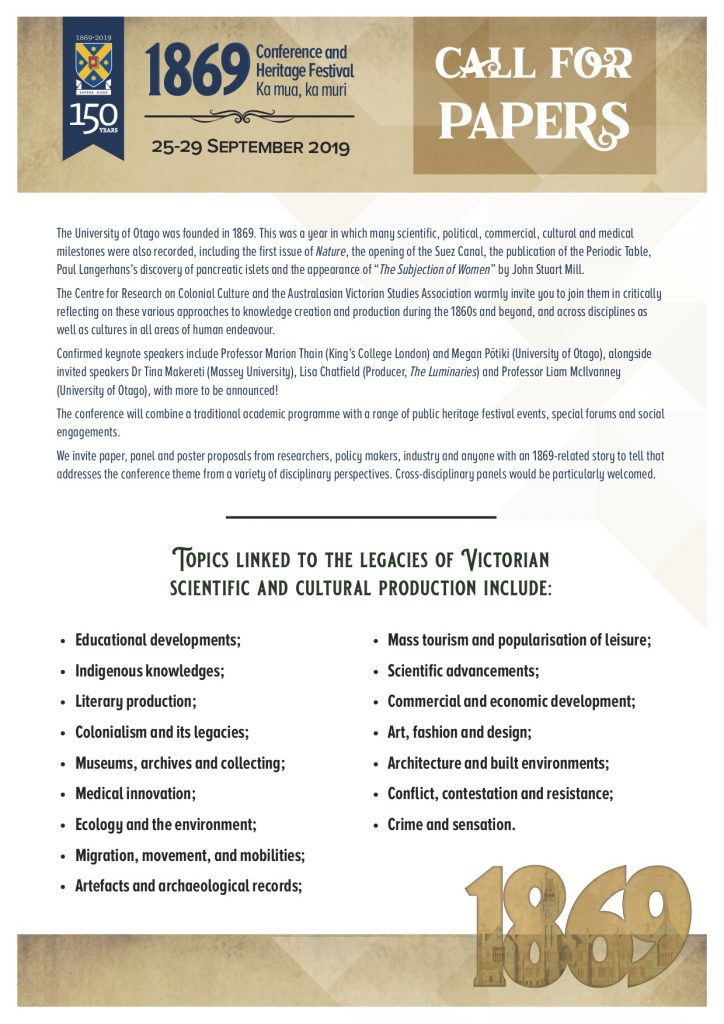 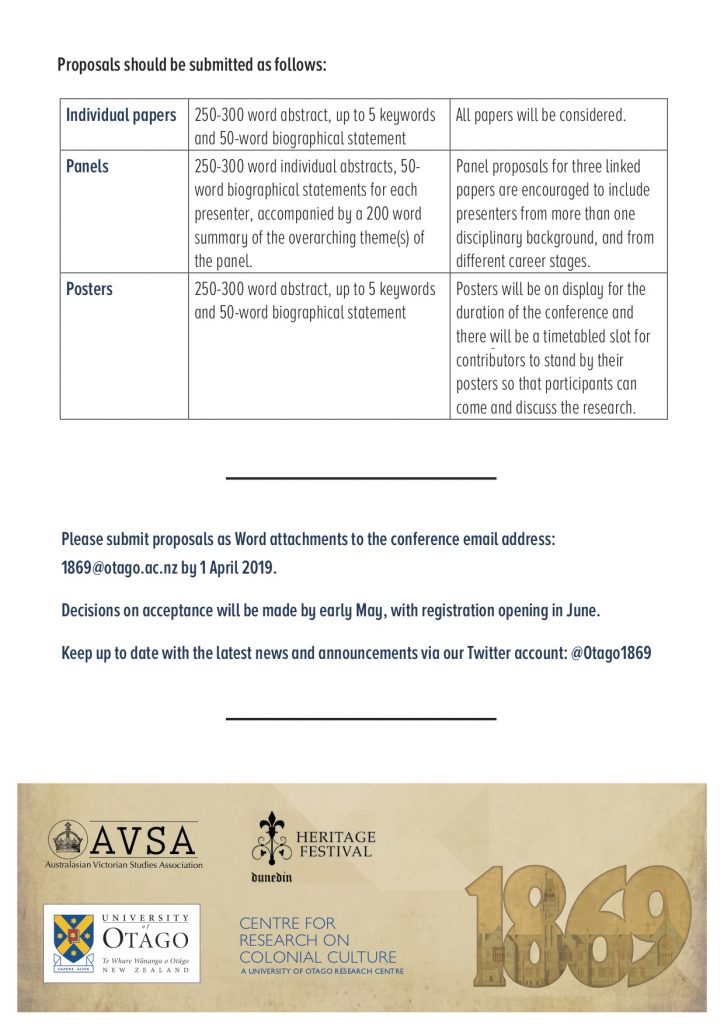 On 12-14 February 2017, the Department of English and Linguistics, University of Otago, will host ‘Family Ties,’ an international symposium exploring literary kinship and creative production in nineteenth-century Britain. The CFP is below.

In 1800, poet and playwright Joanna Baillie dedicated her Series of Plays to her physician brother Matthew Baillie for his “unwearied zeal and brotherly partiality”; Matthew himself had recently edited the anatomical research of their uncles, John and William Hunter. At century’s end, Oscar Wilde cited his mother Jane Wilde’s translation of Sidonia the Sorceress (1849) and his great-uncle Charles Maturin’s Melmoth the Wanderer (1820) as his “favourite romantic reading when a boy.” Family played an important role in the literary and artistic productions of the long nineteenth century, from the Burneys to the Brontës, and the Rossettis to the Doyles. Critical approaches ranging from Noel Annan’s “Intellectual Aristocracy” to Bruno Latour’s Actor-Network-Theory have provided useful ways of assessing and contextualising the role of family in the creative production of writers and artists, but still the role of the family remains under explored.

We invite submissions for “Family Ties” focused on British literary and artistic families in the nineteenth century. Topics for 20-minute papers might include:

Details of the conference will be posted online here as they become available.