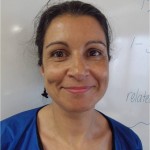 How can I hook my students’ interest when I come to the topic of quadratics?

To introduce my year 10 students to quadratics, I started with the topic of expanding brackets.  To hook my students’ interest, I used an idea suggested to me by Gary Turner.  The activity also demonstrates an important property of quadratic equations.

After a lesson where students practiced expanding pairs of brackets, I gave my students the task of going forwards or in reverse to fill in the gaps in a table.  Please refer to Quadratics student-P work sample ).  Please note that she has completed the table but every second entry in the ‘factorised’ column is blank.  Student-P found the pair of factors that satisfied the expanded form.  In the expanded column, only the first, third, fifth and seventh quadratic expressions were given. It is interesting to see how, given the constraint of the space to fill in an answer, P’s working became very free flowing.  I could still easily follow the logic in her working particularly because she labelled where she was just taking a guess and check approach.

Before the next activity I conducted a class discussion about what the expansion of a quadratic equation yields.  I stressed that the constant term produces a product and middle term produces a sum yields.  My students were now ready to complete the next task.  They were asked to finish a note I gave them.  Notice how Student-P has done her given part in pencil and her own ideas have been written in red (see Quadratics student-P work sample 2).  The use of a red pen to record her ideas is a pattern that student-P has followed throughout her notes).

Here is a series of three consecutive problems that Anna addressed with a small group of students in her Year 9 classroom. Notice how the students are struggling and how Anna is responding to their questions and suggestions.  Together Anna and her students work on the skills of gathering like terms, understanding when the negative sign means “negative” or “subtraction”, and explore the meaning of exponent notation.