This blog is part of the Public Health Solutions series looking at effective public health measures to reduce demands on healthcare services quickly. In this blog, we review two key policy interventions included in the Smokefree Bill currently before Parliament which could rapidly, substantially and equitably reduce smoking prevalence: mandated denicotinisation and a reduction in tobacco retailers. We do not consider the smokefree generation policy, a third key measure in the Smokefree Bill, as its impact will be more long term. 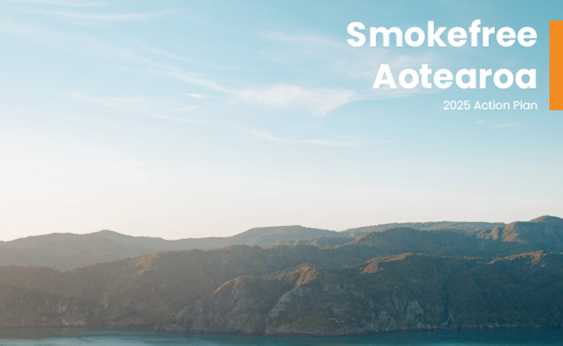 Smoking is the single biggest risk factor for preventable disease and premature death in Aoteaora, responsible for almost 10% of all health loss (measured in DALYs) and contributing greatly to health inequities, including causing almost a quarter of deaths among Māori. Smoking also impacts negatively on the economic, social and cultural wellbeing of Māori, constraining their development aspirations and opportunities.

Most health impacts occur after many years or decades of smoking. However, stopping smoking rapidly reduces the risk of many conditions, including heart disease, stroke, and chronic respiratory disease and so health service utilisation and costs fall as smoking prevalence declines. Hence, achieving the Smokefree Aotearoa goal of below 5% smoking prevalence among all peoples will substantially reduce the burden hard-pressed health services currently face.

Unlike other public health issues covered in this series, the government does not need persuading to introduce priority smokefree measures. It has already committed to doing so through its Smokefree Aotearoa Action Plan and the  Smokefree Environments and Regulated Products (Smoked Tobacco) Amendment Bill (Smokefree Bill) currently being considered by the Health Select Committee. Importantly, both the Action Plan and Bill recognise that Māori should be fully engaged with leadership and oversight of implementation.

The single most important measure in the Action Plan is mandated reduction of nicotine content of cigarettes and other smoked tobacco products (STPs) to minimal levels. Nicotine is the main reason smoking is highly addictive and quitting often so difficult.  Numerous studies, including from Aotearoa, find that people who smoke and are provided with denicotinised cigarettes find them less appealing and satisfying, and after a few days generally smoke LESS (not more as critics often falsely claim), and are more likely to make quit attempts and stop smoking. Young people will also be much less likely to become addicted long-term smokers.

In the EASE study three quarters of people who smoke expressed support for this measure and many anticipated quitting smoking or switching to vaping if cigarettes are denicotinised. Modelling studies estimate that mandated denicotinisation will result in profound, rapid and equitable reductions in smoking prevalence in Aotearoa, massive health gains and decreased health inequity, and substantial savings in healthcare costs.

Another key proposal is greatly restricting the number of retailers that sell smoked tobacco products. Currently there are around 6000 retailers (mostly dairies, supermarkets, convenience stores and petrol stations) selling cigarettes; the concentration of these stores in the most disadvantaged areas entrenches health inequities. Reducing retail availability will reduce the risk of young people starting to smoke, encourage people who smoke to quit and reduce number of people who have quit smoking who are tempted to make impulse purchases and relapse back to smoking.

The Government proposes adjunct measures (e.g. enhanced targeted cessation support, and increased investment in mass media campaigns and community-based smokefree interventions) to maximise the impact of the two key interventions on reducing smoking prevalence, and ensure people who smoke are fully informed about the how the measures will affect them and are supported to quit.

The government and Parliament must stand firm against opposition from the tobacco industry and its allies and listen to the overwhelming support among the public health and health sectors in Aotearoa to implement the world-leading and internationally acclaimed Action Plan fully and rapidly.

The implementation process will need to ensure communication and engagement with those most impacted including Māori and Pacific communities, people who smoke and young people. The key measures and supporting interventions have a strong basis in evidence, logic and theory. Relying on these strong foundations means there is every chance that the goal of a truly Smokefree Aotearoa, first proposed by the Māori Affairs Select Committee in its landmark 2010 report, will finally be realised.

This is a revised version of the blog with amendments to the wording of the penultimate paragraph.

*Author details: Richard Edwards, Janet Hoek and Anaru Waa are all members of ASPIRE 2025 and the Department of Public Health, University of Otago Wellington