The NZ Government has published a Discussion Document outlining an Action Plan for the Smokefree Aotearoa 2025 goal. This blog is one of a series examining key aspects of the plan to help inform the debate and submissions. Here we examine the proposals to reduce the retail availability of tobacco products and find these have a good evidence base. Along with additional measures outlined in the proposals, reducing tobacco retail availability could allow NZ to realise the large health gains, cost-savings, and health equity-benefits of reaching the Smokefree goal. In a separate blog that will be published soon, we examine arguments opposing proposals to reduce tobacco availability, and review the evidence on which these arguments draw.

Easier access to tobacco retailers is associated with higher odds of youth smoking [1, 2], increased smoking among established smokers [3], and lower odds of quitting [4-6]. Residents of socially deprived neighbourhoods in Aotearoa NZ are exposed to many more tobacco outlets than those living in more affluent neighbourhoods [7, 8]. The Government’s proposals set out three different strategies to reduce tobacco retail availability: a) license all retailers of tobacco and vaping products, b) significantly reduce the number of tobacco retailers based on population size and density, and c) restrict tobacco sales to a limited number of specific store types. In this blog, we discuss the evidence base for each of these three measures. 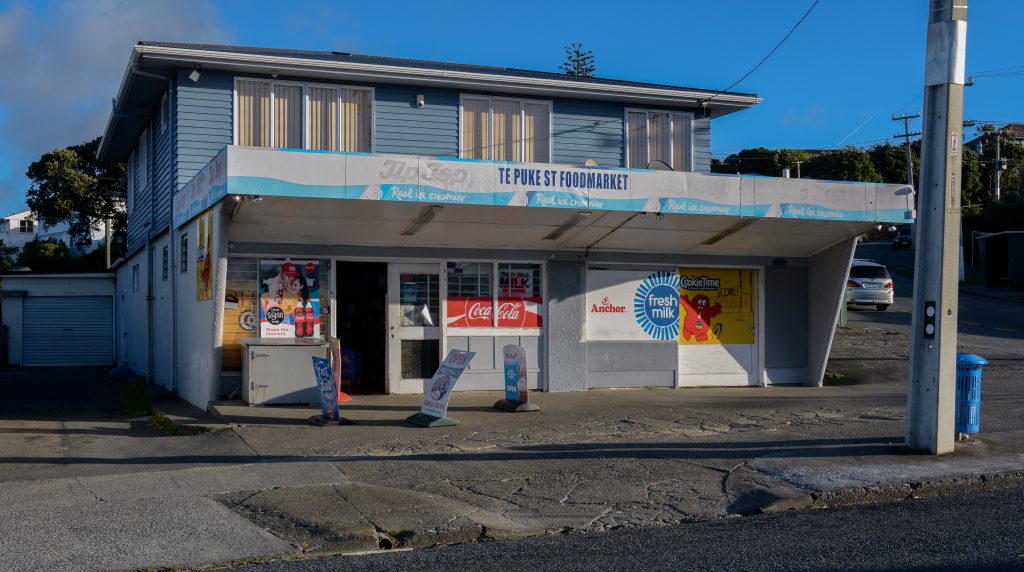 As the Government’s proposals note, retailer licensing is a pre-requisite for reducing tobacco retail availability, providing a tool to manage retailer numbers (each outlet would require a licence that could specify operating conditions, and licence numbers can be fixed). Evidence suggests most NZ retailers will apply for a licence and continue to sell tobacco should such a policy be introduced [9]. In jurisdictions where licensing for tobacco outlets has been implemented, such as Finland and South Australia, the outlets that stop selling tobacco tend to be hospitality venues (e.g. restaurants, bars, clubs) where tobacco sales were relatively minor [4, 10]. However, to influence behaviour substantially, a large reduction in tobacco retailers (by 90 or 95%) is required to drive up the ‘full cost’ of tobacco (i.e., the time and resources needed to obtain the product) [11-14], meaning a licensing scheme alone will not reduce retailer numbers sufficiently to affect population health. The Government must therefore introduce additional measures to bring about a meaningful reduction in tobacco retailer numbers.

Reducing tobacco retail outlets based on population size and density

Capping numbers relative to population size and density could greatly decrease retailer numbers. For example, introducing a cap of no more than one tobacco retailer in an area of 10,000 residents, as opposed to the status quo of one per 800 residents [8], would help substantially reduce New Zealanders’ exposure to tobacco outlets. This approach would need to account for differences in baseline numbers of tobacco retailers across different districts, to ensure that tobacco retailer density is reduced sufficiently (i.e., to the point where it affects behaviour) in the most socially deprived communities, where those most at risk for smoking-related harm reside [11, 15]. Consideration would also need to be given to rural smokers living in areas with lower outlet density, where further increases in the ‘full cost’ of obtaining tobacco could create or increase inequities [8]. Focusing tobacco retailer reductions in urban and suburban areas and increasing smoking cessation support in rural areas (e.g. through targeted Quitline advertising), or additional government support for pharmacies in small towns to provide smoking cessation support, are options that could mitigate these potential inequities.

The Government is also considering restricting tobacco sales to a limited number of specific outlets, such as specialist R18 (‘adult only’) stores, or pharmacies. Modelling studies from the BODE3 Programme (University of Otago) indicate that restricting tobacco sales to pharmacies only could gain an estimated 42,700 quality-adjusted life-years (QALYs) and $741 million in savings to the health system (see Appendix). However, most of the projected health gains would come from smoking cessation counselling provided by pharmacists to people purchasing tobacco, rather than reductions in retailer numbers.

A modelling study that examined interventions focussing only on reducing the number of tobacco retail outlets (i.e., without providing cessation support at the point of purchase) suggested limiting tobacco sales to 50% of existing alcohol outlets and nowhere else would most effectively reduce smoking prevalence and bring future health and cost gains [13; see Appendix]. A survey of NZ smokers supports these findings; the survey compared hypothetical retail reduction policies and found selling tobacco at only 50% of the existing liquor stores or only at pharmacies were rated most likely to prevent youth smoking initiation and help smokers to quit [16].

Both approaches would avoid frequent youth exposure to tobacco sales (youth tend to visit convenience stores frequently [17]), thus helping prevent smoking uptake. They would also remove cigarettes from smokers’ usual place of purchase, which could help quitters avoid cues that trigger impulse buys and relapse [18]. An advantage of limiting tobacco sales to 50% of existing liquor stores is that these are already R18 licensed outlets, although since selling alcohol and tobacco together may reinforce the strong association these products have with each other, it would be preferable to create different R18 tobacco-only outlets. Restricting sales to a similar number of R18 stores would likely have a similar or greater effect as the 50% of liquor stores option.

Finding an approach key stakeholders accept, and that will not unfairly advantage some existing retailers over others, may present some challenges [9]. Restricting tobacco sales to specialist R18 stores or pharmacies treats all current retailers equally, and so addresses this challenge. In terms of implementation, one approach the tobacco industry may lobby for is ‘grandfathering’, which exempts existing retailers from the policy changes (new measures would only apply to new retail outlets) [19]. While retailers may also view this option as more acceptable, outlet numbers would decrease extremely slowly, only through a retailer closing or selling its business, therefore meaningful reductions in tobacco availability would not be achieved by 2025 [20].

Amortization, where existing tobacco retailers are given a reasonable amount of time to phase out their existing stock and cease selling tobacco products would bring faster change [19, 21]. During this transition period, small independent retailers could be assisted to replace tobacco with other goods or services. As some small retailers may be more affected by the policy than others [22], temporary measures such as government payments [21] or assistance from small business advisors, could also be considered to support the small retailers most impacted.

Not all pharmacists may support moves to sell tobacco in pharmacies [14][23], but support is likely to increase if they see this measure as a time-limited contribution to the Smokefree 2025 goal. Some may also see it as an important opportunity to provide smokers with cessation consultations, support and products, thereby fulfilling, rather than contradicting, their role of health professional [23, 24]. Other potential benefits of selling tobacco only in pharmacies (as opposed to other specialist adult-only outlets) are that – as highly trained health professionals – pharmacists are not likely to sell tobacco to people under 18 years. Further, pharmacies have sound security measures at their premises (given prescription drug storage requirements).

There are now many international policy precedents where communities and governments have implemented measures to reduce the number of tobacco retailers [25]. The NZ Government has set out bold, world-leading proposals; if implemented, these would be the first true ‘endgame’ measures for tobacco availability, and are likely to improve population health and decrease health inequities, by reducing smoking uptake and creating environments that support quitting. In another soon to be published blog, we will explore in more detail the arguments for and against these supply reduction measures.

Comparison of the results from various tobacco retail reduction modelling studies for NZ (all using the same BODE3 tobacco model, with lifetime benefits and cost-savings, with a discount rate of 3%)