Aotearoa New Zealand’s Smokefree Environments and Regulated Products (Smoked Tobacco) Amendment Bill outlines three crucial measures: mandated very low nicotine cigarettes, large reductions in the number of outlets selling tobacco, and the introduction of a Smokefree Generation (SFG) policy. In this blog, we briefly explain how these three measures will contribute to the Smokefree 2025 goal, which aims to reduce smoking prevalence equitably, to below five percent (and as close to zero percent as possible), among all population groups by 2025. We then focus specifically on the SFG’s logic and evidence, and examine arguments raised against this measure. 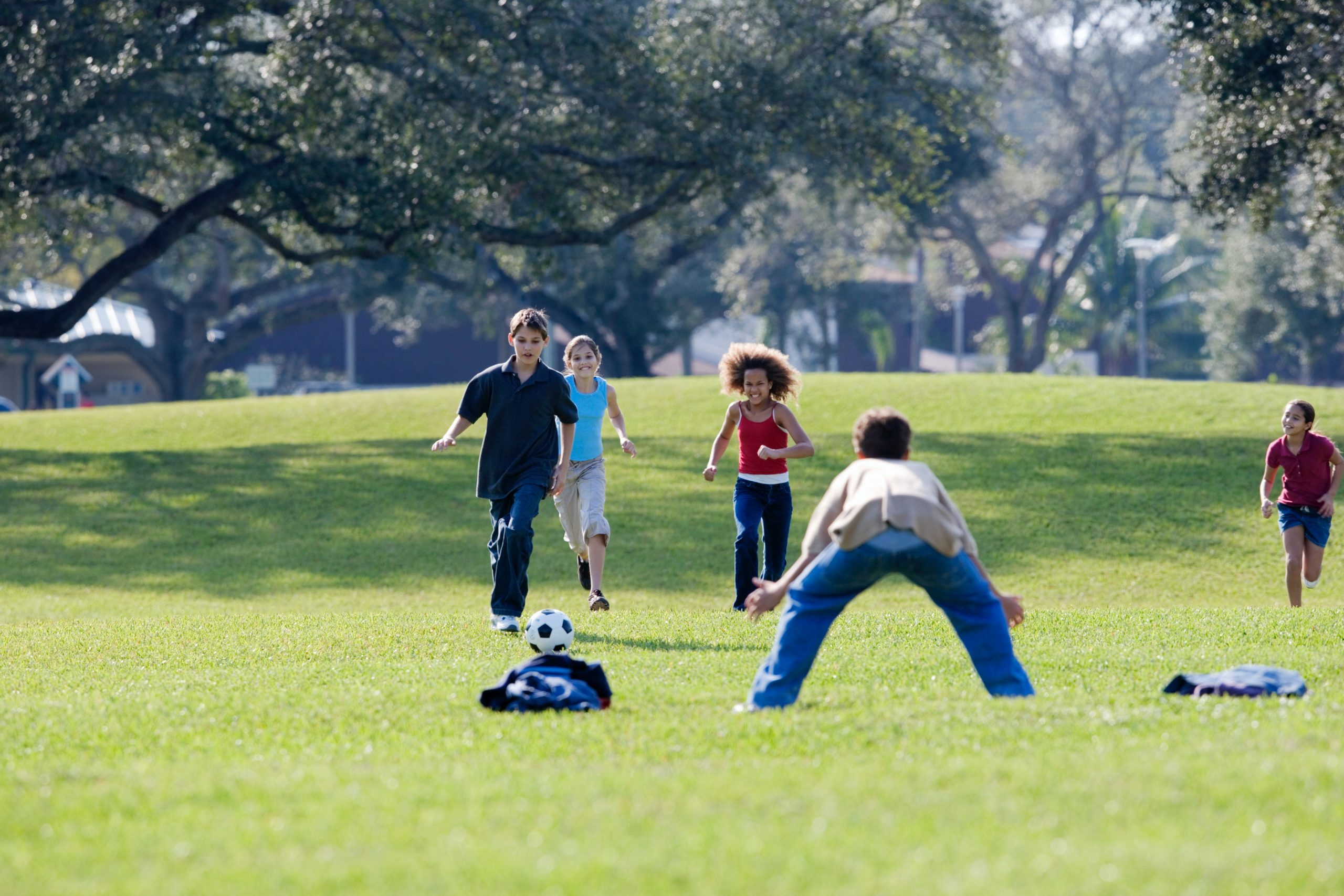 Photo by Zaid Isaac from Pexels

Tobacco endgame strategies aim to achieve large reductions in smoking prevalence by a specified date, ideally within a very short time frame to reduce the inequities that delayed implementation would sustain.[1] Endgames require high-impact measures to catalyse declines in smoking prevalence as well as longer-term measures that sustain these reductions by preventing recruitment of ‘replacement smokers’, on whom tobacco companies’ profitability depends.[2, 3] The Smokefree Environments and Regulated Products (Smoked Tobacco) Amendment Bill addresses these requirements.[4] NZ modelling suggests that the very low nicotine cigarette (VLNC) policy, which will make smoked tobacco products non-addictive (thus removing the incentive to smoke and the reward for having done so), will rapidly reduce smoking prevalence.[5] Individual studies and reviews indicate that reducing the number of stores selling tobacco will help reduce youth uptake,[6, 7] with some evidence that this measure will also increase quit attempts and success rates, and decrease relapse.[8-10] The Smokefree Generation (SFG) policy will frame smoking as socially unacceptable, prevent youth sales over time, and help ensure smoking prevalence can never rise again.[11]

Traditionally, policy makers have attempted to reduce the ‘replacement smoker’ pipeline by increasing age restrictions, as US jurisdictions introducing T21 policies (i.e., that measures restricting tobacco sales to people aged 21 or over) have done. Studies examining the impact of T21 policies report good compliance among retailers,[12] and reductions in youth smoking.[13] However, despite the positive impact these policies have had, T21 (or similar) measures may give rise to incorrect interpretations of smoking. First, age restrictions may inadvertently suggest that, once young people reach a certain age, smoking poses fewer risks and may even be ‘safe’ or ‘acceptable’.[11] Second, age restrictions may create a ‘rite of passage’ effect that encourages young people to see smoking as a symbol of maturity and adulthood.[11] More fundamentally, age restrictions may only delay the emergence of ‘replacement smokers’ rather than close the pipeline altogether.

The SFG policy aims to prevent smoking initiation by stopping the sale of tobacco products to people born after a specified date;[11, 14, 15] the NZ Bill sets that date as 01 January, 2009.  This measure addresses the fact that, as each year passes, some young people will ‘graduate’ beyond age restrictions. Further, by creating a cohort that may never legally be sold tobacco, SFG policies extend the protection provided by age restrictions, and will eventually see tobacco use end.[11, 14] Importantly, the SFG challenges perceptions of smoking as a coming-of-age ritual and signals that tobacco use is never safe.[11, 15, 16] These messages challenge tobacco companies’ ‘informed choice’ rhetoric and establish what van Eijk describes as a ‘norm cascade’ that frames smoking as an outdated and socially unaccepted practice.[11, 14, 16-18] The SFG draws on consumer safety and human rights arguments and explicitly recognises people’s right to protection from products that cause harm,[18-20] thus recognising tobacco as a uniquely harmful product that requires rigorous regulatory measures. In addition to providing a strong logical rationale, modelling studies suggest the SFG policy could bring important health benefits. An NZ study estimated that a SFG policy could halve smoking prevalence within 14 years among people aged 45 and under, and bring 5.6 times the health gain per capita to Māori relative to non-Māori.[21]  These estimates indicate the longer-term benefits an SFG will deliver but also point to the need for measures that bring about rapid declines in smoking prevalence, and reduce current disparities and the health inequities these cause.

Public opinion surveys also suggest that, even assuming access to tobacco is an important ‘freedom’, it is a ‘freedom’ many people are willing to relinquish. A survey of the general public in Tasmania, found 75% supported a SFG policy and 66% of young people (i.e., those affected by the policy), supported its introduction.[22] Surveys in Singapore found both smokers and non-smokers (60.0% and 72.7%, respectively) strongly supported a SFG strategy;[15] an NZ survey also reported strong support (>75%) for a SFG policy among people who smoke or who had recently quit.[23]

Given this support and the policy’s benefits, it is not surprising implementation has begun in some local jurisdictions; for example, Brookline, Massachusetts, does not allow sales of tobacco products to anyone born after January 1, 2000.[24] Furthermore, local policies are inspiring national action; both Malaysia and Denmark have announced plans to disallow sales of tobacco and nicotine products to anyone born after 2005 and 2010, respectively.[25, 26]

Retailer non-compliance and increased social supply appear unlikely to undermine the SFG’s impact.[11, 15, 27]  Increases in the minimum  purchase age for tobacco have reportedly met with good compliance, particularly when accompanied by strong surveillance, enforcement and penalties, which the NZ Action Plan proposed and recent Budget allocations supported.[4, 12] Even if some initial leakage between those able to buy tobacco and those covered by the policy occurs, the policy will still reduce youth uptake and the increasing age gap between those able and not able to buy tobacco will decrease social supply over time.[11]

The SFG will protect young people’s freedoms. Evidence of very high regret among people who smoke, many of whom have tried several times to quit without success,[28] suggests that regulation preventing youth uptake will promote rather than diminish autonomy.  Furthermore, having refined tobacco products to ensure maximum addictiveness,[29] tobacco companies opposing the SFG face an unresolvable logical problem. They cannot create addictive products that compromise freedom yet argue freedom demands access to these products.

Importantly, the SFG does not make smoking itself illegal (its focus is on the sale of tobacco not the use of tobacco) thus it will not criminalise young people (or any other people who smoke). Rather, the Action Plan setting out the overall strategy proposes increasing support for people who smoke and aims to assist rather than stigmatise.[4] Furthermore, age appropriate restrictions are used to regulate many activities that pose risks, such as drinking alcohol and driving; however, unlike drinking alcohol and driving, the risks of smoking greatly outweigh any potential ‘benefits’ at all ages. Concerns about rising black market tobacco sales and unsafe products will be addressed by increased border surveillance (with increased funding announced in the May 2022 budget) and need to be set against the fact that current tobacco products are deadly and lead to the premature death of two thirds of long term users.[30]

Evidence of rising vaping among young people opens an intriguing new possibility:[31, 32] the creation of a nicotine free generation. This measure would align more closely with the original Tupeka Kore vision (of a tobacco free society) and could ensure the inequities in smoking prevalence that the SFG will help address are not simply replaced by inequities in vaping prevalence, which current data suggest already exist.[31, 32]

In summary, achieving the Smokefree 2025 goal requires a strategic combination of measures that both catalyse and maintain reductions in smoking prevalence, and that could be extended to address rising youth vaping. Introducing a Smokefree Generation policy will complement the minimal smoking prevalence achieved by VLNCs; in particular, removing access to a product designed to addict people rapidly protects young people’s freedoms and safeguards their future well-being. The SFG will thus play a key role in Aotearoa New Zealand’s Smokefree Action Plan, where the trilogy of legislative measures will work in unison to reduce smoking prevalence rapidly and minimise the chance it will ever increase.

[34]       Beaglehole R. What can we learn from New Zealand and Malaysia’s policy to ban smoking for future generations. In: National University of Singapore, ed. Global Health Webinar Series 2022 2022.

This entry was posted in Uncategorized and tagged Smokefree Aotearoa New Zealand, Smokefree Generation by carra86p. Bookmark the permalink.