A Quest for Change – One Student’s Journey to Otago 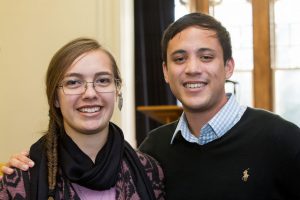 “My name is Miranda Livers, but my name is Saw Saw.  I am Cherokee.”

Miranda Livers knew very little of her heritage.  She was never taught her native tongue, or the ways of her ancestors, she was never passed down the knowledge of the stories of her people.  All Miranda Livers knew growing up as a young girl was that being native was censored, judged, stereotyped and policed.  But Miranda was not prepared to accept this, and set her sights on change.

“A quest is defined as a long and arduous search for something, and my quest began – I was going to learn as much as I could about who I am.  I learned that Native peoples are the largest group in the U.S. that has the highest poverty rates.  Our drug and alcohol addiction rates are also highest in the nation. I learned that so many people believe Native Americans are all dead.  When my high school graduation finally arrived, I graduated with a 4.0 grade point average in my last year and the knowledge I had beat the odds.  Native students have one of the lowest graduation rates.  I had ‘made it.’” 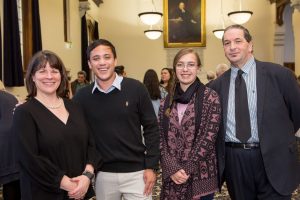 Miranda Livers is the very first inbound student of the unique exchange programme Turangawaewae Pokai Whenua which translates to “a place to stand, a world to explore.”  This exchange is built on kanohi-ki-te-kanohi (face-to-face) relationships established between mana whenua and indigenous representatives of universities throughout the world.

“This programme is designed to integrate a native/indigenous student from another country into the Maori culture, while that student simultaneously teaches those involved about their own culture.  It is a fantastic programme in its first year, but in the years to come it may help in keeping other cultures alive.”

Why did Miranda choose Otago over other universities in New Zealand and the rest of the world?  “It was the only one that offered me an indigenous experience while abroad and I couldn’t be happier with Otago.  Otago has exceeded my expectations.  I knew that if I wanted to fully reconnect with my culture, then I needed this programme to give me that support and motivation.  In other words, it was the push I needed.”

Tūrangawaewae, Pōkai Whenua
A place to stand, A world to explore