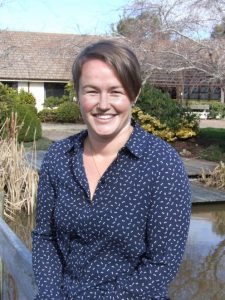 “So you’re from New Zealand and you’re studying sheep?” the immigration official asked, obviously confused. “And you’re doing it here in Ireland?”

Now a Genomics Scientist at AgResearch’s Invermay Campus outside Dunedin, Kathryn is still working on sheep genetics – although, as she laughingly admits, it’s not what she ever thought she’d be doing, despite growing up on a farm in Southland.

While studying genetics and zoology at Otago, one of her more immediate plans was simply to see more of the world.
“I’d always wanted to do an exchange,” she explains. So when the opportunity came up to complete her zoology papers at the University of Glasgow, it seemed an obvious choice. 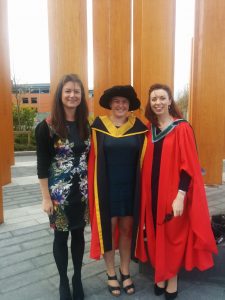 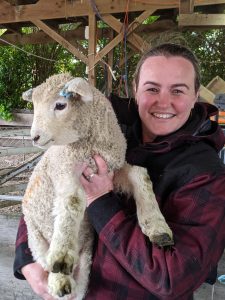 “All of my great-great-grandparents are from Scotland,” she says. “Glasgow is a great place and the university has a beautiful campus.”
(Just so you know, the University of Glasgow was founded in 1451 and is “the fourth-oldest university in the English-speaking world,” according to its official website.)

It was also the lure of travel that eventually took her to Ireland, to study at the Irish equivalent of AgResearch, Teagasc, once she’d completed her Master’s degree at Otago (researching the genetics of sheep resistance to stomach parasites).
“It was really good to go overseas again and get to experience a different working environment and a diversity of students.” 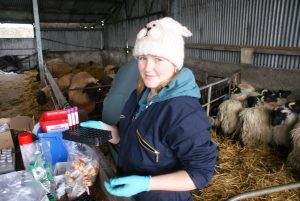 Now back home in New Zealand, ‘diverse and different’ also sums up her AgResearch role after the narrower focus of her doctoral
study.

“It’s been a useful learning curve going from one specific project to being involved in many,” Kathryn reckons, with her current job dealing with everything from pneumonia and other livestock health issues to the effects of environmental stress (such as climate change) on plant and animal genes.
“I enjoy it because I get to combine genetics – applied genetics – to an industry that I care about,” she says.

And as an expert on animal disease, she’s even been able to get something positive from this year’s human coronavirus pandemic: “COVID has certainly made explaining disease transmission to farmers much easier.”