The shortlist for the Australian Historical Association’s prestigious Ernest Scott Prize has been announced. On the list is the Centre’s director, Professor Tony Ballantyne, for his book Entanglements of Empire: Missionaries, Māori and the Question of the Body (Auckland University Press, 2015).  The Ernest Scott Prize is awarded to the book that has made the most distinguished contribution to Australian or New Zealand history or the history of colonisation.

The judges describe Entanglements of Empire as “a smart, engaging and intelligent new work, which carefully blends New Zealand historical research with new theoretical readings inspired by international scholarship. Pushing disciplinary boundaries, its novel approach in reading the early Missionary-Maori dynamic in a new light, makes this book a new spin on an ‘old’ topic. Employing new frames of reference, guided by a focus on spatial interaction and physical embodiment, this book will invite further re-readings of the early colonial encounter period in New Zealand. Elegantly written, grounded in solid primary research, Entanglements of Empire is focused on re-thinking the history of early colonial New Zealand.”

The winner will be announced at the Kathleen Fitzpatrick Lecture, University of Melbourne, on 26 April.

Congratulations to Professor Tom Brooking whose Richard Seddon, King of God’s Own: The Life and Times of New Zealand’s Longest-Serving Prime Minister was co-winner of the Ernest Scott Prize for 2015, with Alan Atkinson’s The Europeans in Australia, Vol 3: Nation. Tom is the second CROCC member to have won this prize awarded for “the most distinguished contribution to the history of Australia or New Zealand or to the history of colonisation”.  Angela Wanhalla won in 2014, and Centre director, Tony Ballantyne, was shortlisted in 2013.  Click here for the publisher’s info on Richard Seddon.

Congratulations to CRoCC member, Professor Tom Brooking, from all in the Centre for being shortlisted for the prestigious Ernest Scott Prize, awarded by the Australian Historical Association for best book in Australian and New Zealand history. You can read about Tom’s competition here. Three New Zealand history books are shortlisted, including Tangata Whenua by Atholl Anderson, Judith Binney and Aroha Harris, which includes a contribution by another CRoCC member, Dr. Michael Stevens. The winner will be announced at the Australian Historical Association conference dinner in July. Congratulations to all who have been shortlisted! 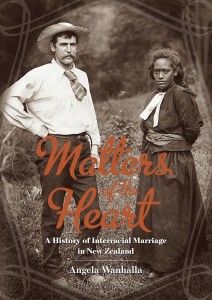